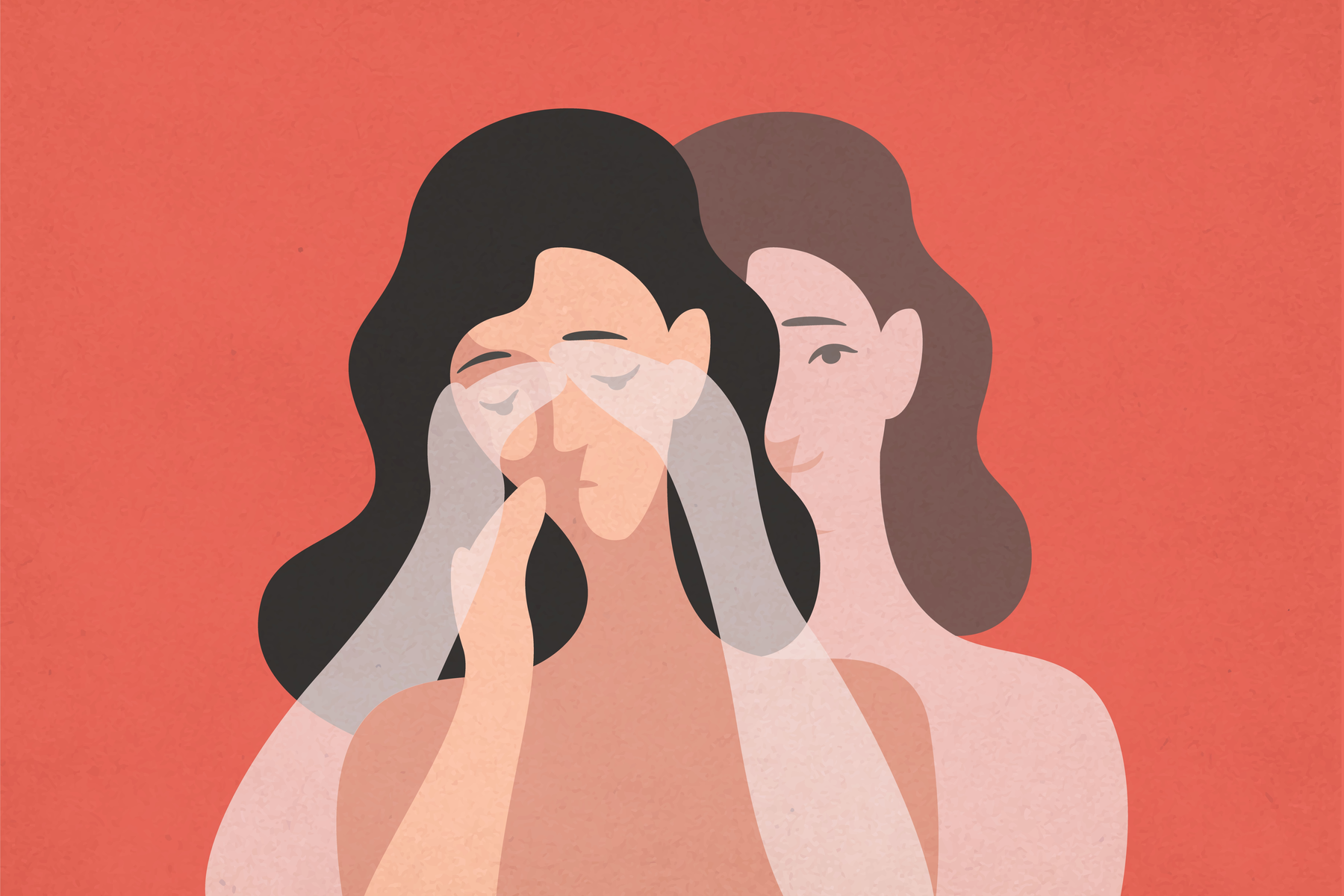 Living with and navigating an anxiety disorder can be absolutely debilitating at times, and the truth is that it never goes away, we just learn to cope with it. When I was eighteen years old, I was given a diagnosis of generalized anxiety disorder. I had no idea what it meant at the time but I understood the symptoms were extremely uncomfortable and scary.

It was my first semester away at college and I was living in the big city, Manhattan. A city as big as New York comes with a lot of crazy, unbalanced energy. This was a hard adjustment for me to handle as a highly sensitive person because I picked up on everything around me from the sounds to the culture known as the “fast life” and the overall social scene being so different from the one I knew growing up in a sheltered Long Island town.

I started to have severe panic attacks every single night as I got into bed. My heart raced as if a tiger was chasing me. Butterflies the size of my head fluttered through my stomach and pins and needles seemed to pierce my feet and hands. Unaware of what was going on, I ignored it for a few months because I thought it was stress, along with adjusting to a new lifestyle away from home. I also didn’t want to tell my parents because it would hurt my ego knowing that I wasn’t able to handle being away at college and taking care of myself.

[Read Related: I Have Generalized Anxiety Disorder and I’m a Therapist]

I knew that my parents would be very supportive if I told them; however, I feared more about being seen as a failure. The ego loves to be right, and I wanted to prove to myself and my family that I could live independently.  If I told them this, I felt they would become apprehensive and force me to move back home.

I learned that “what we resist, persists.” These words hold so much truth and they have manifested in my life ten times over whether I wanted them to or not. I moved home to my parents’ house after my first semester was over and the panic attacks continued. They got so severe that I would literally feel my body numbing and had to put ice on myself to essentially shock my body back to the present.

After months of suffering, I knew I needed help combatting this demon. I sought talk therapy with a mental health counselor who specialized in treating a diagnosis of generalized anxiety disorder. She was incredible and gave me the tools I required during a panic attack, keeping my symptoms from getting worse. The awful attacks eased within two months of learning various breathing methods, self-talk, and guided meditation.

Talk therapy provided me with an outlet to speak to someone that didn’t have an attachment to the emotions and situations in my life like a loved one would. Therefore, I have shared everything openly without being afraid of what would be perceived on the other end. My therapist allowed me to realize that panic attacks were not dangerous and that I wouldn’t pass out from them or end up in the hospital. The extremes of my symptoms became my biggest fear. Therefore, when my mind ran wild with these ideas, my symptoms worsened to the point where I felt outside my own body.

I practiced ‘self-talk,’ which I learned in a therapy known as “disputing the negative messages”; it allowed me to write down the scary thought I was having and then dispute that with something more practical and positive. Instead of questioning whether I would have a panic attack and become nauseous in class, and reminding myself that it would be scary and would cause heightened symptoms, I would replace the negative message with logical thought.

Now, to dispute that message to make it more positive, I would say, “so what if I have a panic attack, I know what it is now and it’s not dangerous, all I will do is breathe through it and know that it will pass, nothing bad can happen to me.” Doing this over and over eventually rewires our nervous system giving our brain the ability to change its thought patterns and, in turn, keep the anxiety at bay.

Tools take practice and require an openness to using them. When we don’t use our tools, there likely won’t be a big change in the way we feel. We aren’t training our nervous system to learn a new way of functioning. Living with a diagnosis of generalized anxiety disorder comes with its difficulties. But I believe certain moments are beautiful because as highly sensitive people, our joy is tenfold of our pain.

A New York Native, Nandini attended the Fashion Institute of Technology where she got her degree in marketing. After working in healthcare PR for a few years she ventured out to start her own yoga business. She now teaches Yoga classes to adults, kids, seniors and autistic individuals on Long Island.