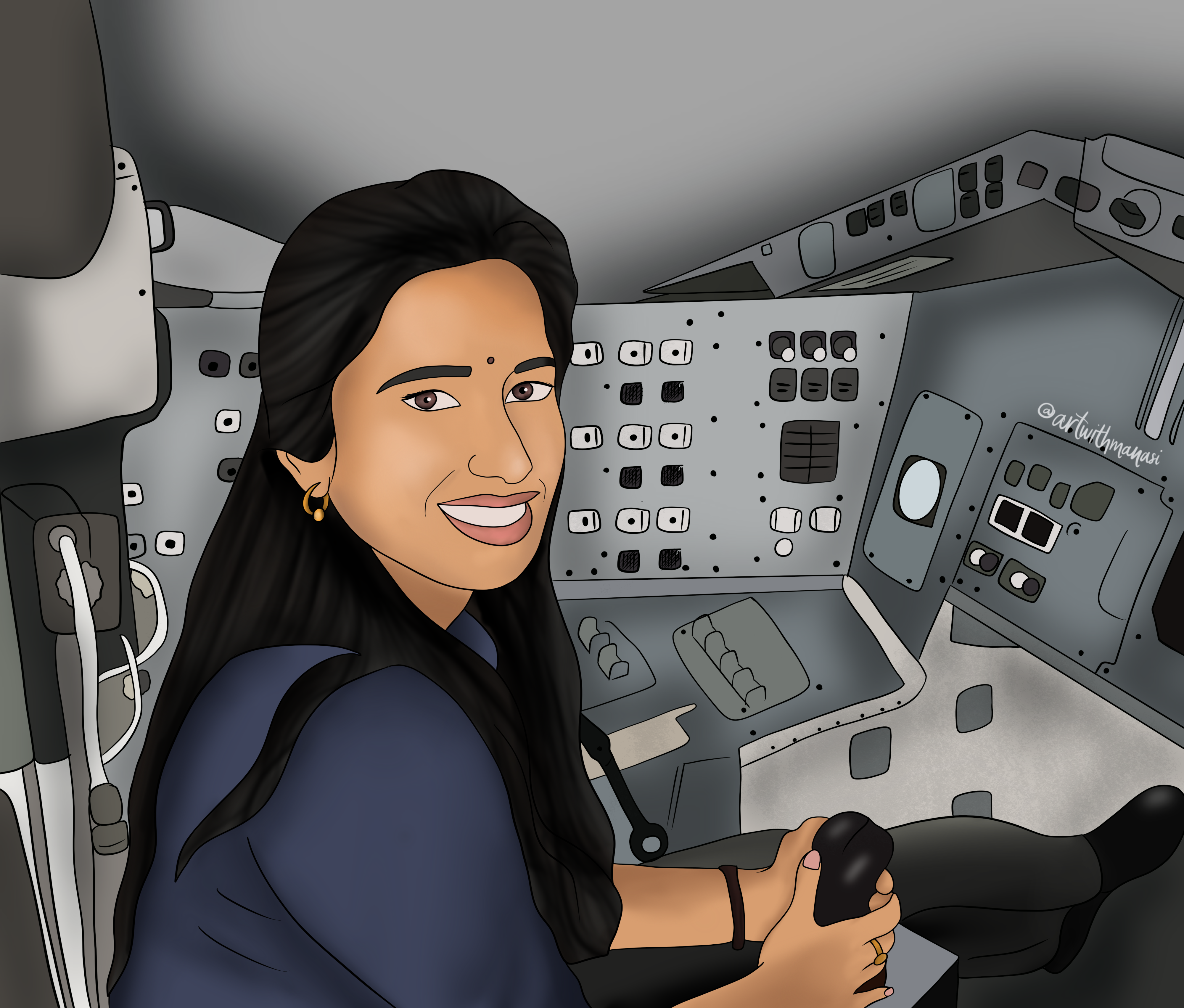 NASA’s Perseverance rover has taken its first spin on the rocky surface of Jezero Crater. But the success of the Mars 2020 mission wasn’t the only thing people were celebrating nationwide—they were celebrating diversity. An Indian American engineer played a key role in the landing as the scientist who led the guidance, navigation, and control operations of the Mars 2020 mission.

During the descent and landing phase of the mission, Dr. Swati Mohan provided updates on the mission that were broadcast around the world as part of NASA’s livestream of the historic event. She was the “eyes and ears” for NASA’s most sophisticated spacecraft to date. In addition to that, she led the attitude control system of the mission during its nearly seven-month and 293-million mile journey as the lead systems engineer.

She was also the first to confirm the rover survived its landing on the Red Planet. “Touchdown confirmed! Perseverance is safely on the surface of Mars, ready to begin seeking the signs of past life,” Mohans said from mission control at NASA’s Jet Propulsion Laboratory in California. According to her NASA bio, as operations lead Mohan serves as the primary point of communication between the Guidance, Navigation, and Control subsystem and the rest of the project.

“The spacecraft Perseverance is currently transmitting heartbeat tones. These tones indicate that Perseverance is operating normally and has nothing significant to report,” Mohan said as she provided updates on the status of the rover. A video of the moment, shared by NASA, shows Mohan wearing a small bindi on her forehead—a Hindu symbol that was quickly noted by Twitter users worldwide.

The parachute has been deployed! @NASAPersevere is on her way to complete her #CountdownToMars: pic.twitter.com/i29Wb4rYlo

Many took to Twitter to not only applaud Mohan’s accomplishments and coverage of the landing, but to note that her wearing the bindi was a proud moment of representation and encouragement for those who have been bullied or afraid to wear it openly in the U.S. The tiny but powerful symbol she wore gave hope to Indian Americans that the country was moving further away from xenophobia.

Throughout American history, those who have worn faith-based symbols or articles of clothing have faced discrimination. For Indian Americans, the 1980s were filled with hate crimes that targeted women and girls who wore bindis on their forehead. A hate group called the “Dotbusters” attacked those who wore the symbol, which represents Hinduism’s philosophy of the “third inner eye.”

Outside of her bindi, another thing some Twitter users noticed was that Mohan also dyed her hair for the occasion.

EDL family voted and I drew the straw for dyeing my hair per their request for landing day. 7 hours to entry. Landing approximately at 12:55pm. At JPL and ready to go! pic.twitter.com/96n3U3NQEs

Mohan, an immigrant to the U.S., created quite a buzz on social media not only because of these symbols but her amazing career. Mohan came to the U.S. as a toddler and was raised in the Washington, D.C. metro area. She holds a Bachelor of Science from Cornell University in Mechanical & Aerospace Engineering and a Master of Science and doctorate degree from MIT in Aeronautics/Astronautics. According to her NASA bio, the mission to Mars was not her first—Mohan has worked on multiple NSASA projects, including Cassini and GRAIL.

According to her NASA bio, while she was interested in space, she didn’t know what job opportunities existed for someone like her and thus wanted to be a pediatrician until the age of 16. “When I was 16, I took my first physics class. I was lucky enough to have a great teacher, and everything was so understandable and easy. That was when I really considered engineering, as a way to pursue space,” her bio reads.

“I remember watching my first episode of ‘Star Trek’ at the age of 9, and seeing the beautiful depictions of the new regions of the universe that they were exploring. I remember thinking ‘I want to do that. I want to find new and beautiful places in the universe.’ The vastness of space holds so much knowledge that we have only begun to learn.”

Mohan’s brilliant work and involvement sheds light on NASA’s progress in reflecting the nation it represents. Since its foundation in 1958, NASA has come far from comprising only white men to hiring people of color and women over the years. According to NASA workforce data, while 72% of employees are white, 12% identify as Black, 7% as Asian American, 8% as Latino, and 1% as Indigenous. While there is still progress to be made, this historical moment reminds us that immigrants and people of color will no longer be hidden figures.

“Diversity is a hallmark of NASA – after all, we wouldn’t be the agency we are without it.” Clayton Turner, the first Black director of NASA’s Langley Research Center, said in a statement.

Mohan’s key involvement gives hope to young scientists nationwide. While she may be one of the first to accomplish what she has, she will certainly not be the last. Congrats to Mohan and the rest of the Mars 2020 team on a successful landing.