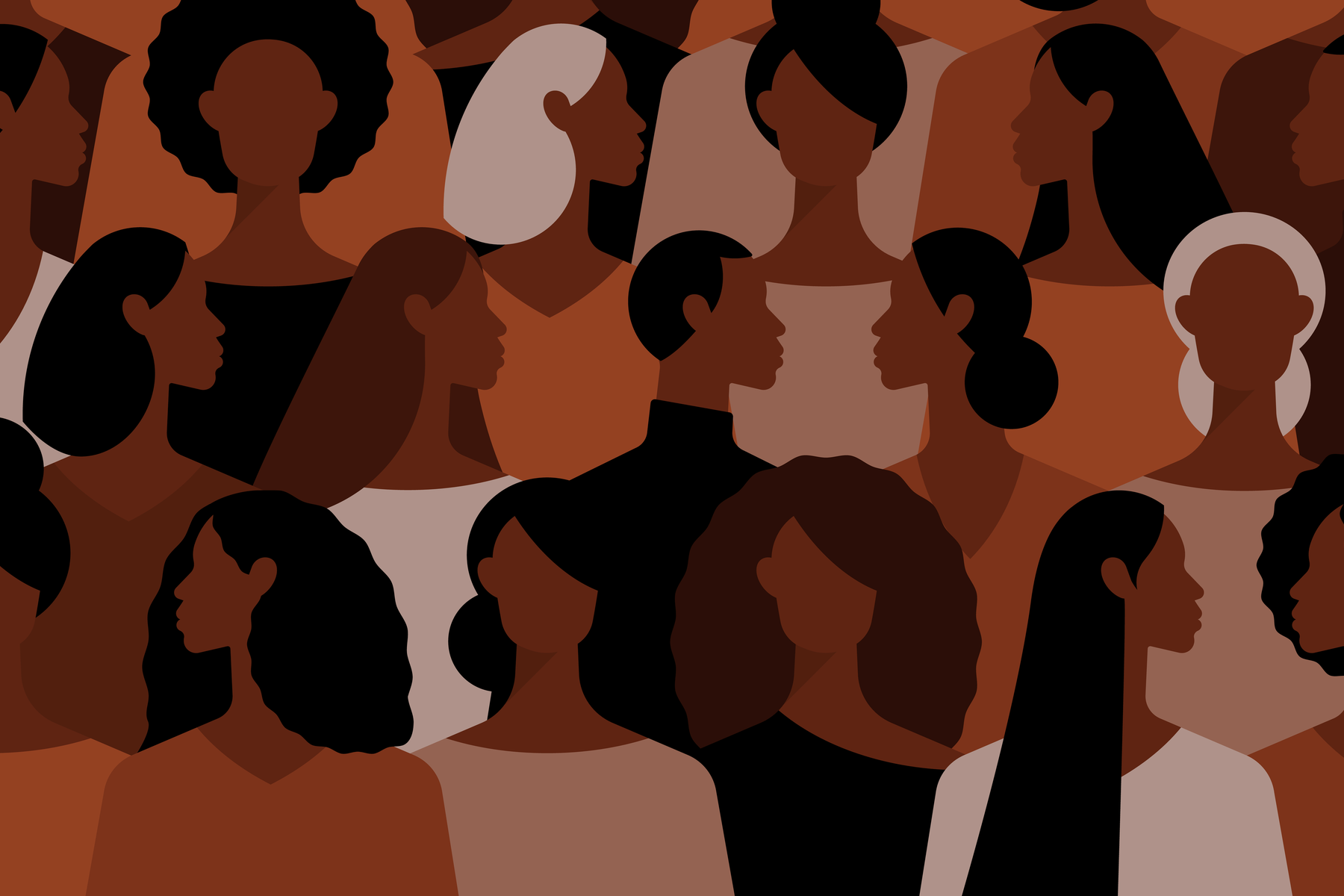 “Beauty is in the eye of the beholder, but our eyes are not colorblind.” — Ashley Ramcharan

My entire life, I’ve been praised for having “good” physical features such as long hair, big eyes and fair skin. Being Indo-Guyanese and first-generation American, my ideas of beauty were heavily influenced by Western media and its perpetuation of anti-Blackness. Like many desi children, I was told to stay out of the sun and wear long-sleeve clothing during the summer to avoid tanning. The result of all this? I believed I was prettier with lighter skin.

Historically in Guyana, racial tensions between Indo- and Afro-Caribbeans started because of colonization and politics. Unfortunately, these tensions exist today. In the Indo-Caribbean community, Black or dark skin is not associated with being beautiful. There is a strong preference for lighter skin. Dark skin children are teased from a young age. Growing up, I remember in church, when the lights were low, the kids would ask where the darker-skinned children were and would tease them for blending into the shadows.

[Read Related: Op-Ed: Our History of Anti-Blackness and how we Must Guard Against it]

My brother, who is darker than me, was constantly teased for his dark complexion. Every time he complained it hurt me. Knowing that someone you love feels less than merely because of skin color is painful. Colorism is not unique to Indo-Caribbeans and has been part of a heritage handed to us from our South Asian ancestors.

White becomes the beauty standard in many non-white countries because of the influence of Western media and the lasting impact of colonization. The admiration of European characteristics in communities of color is not new, but this narrative impacts women of color especially. In many cases, we look at society’s definition of beauty and compare our non-European features.

Despite these sought-after Eurocentric standards of beauty, women of color are still subject to opposite and unrealistic beauty standards. The Jessica Rabbit body — large breasts, big butts, tiny snatched waists and “clear” skin are a few examples. Women feel pressured to adhere to these unrealistic standards.

I want women of color to understand these ideas were not created to empower us. Media and major corporations, many of which have predominantly male executives, have created standards for women and sales by exploiting female insecurities.

I say: We as women of color are beautiful regardless of what beauty products and Western media portrays.

But anti-Blackness goes deeper than the beauty industry. It affects our daily interactions and perception of our dark skin counterparts.

Guyanese people use the term “clean skin” when referring to lighter skin. This implies that darker skin is dirty. Growing up, I would always try to scrub away my tan in the shower. It wasn’t until I was older that I realized as a Guyanese woman, while our culture does not prompt extreme racism, it perpetuates anti-Black behavior. We need to unlearn the language and prejudices from our aunties, uncles and nannies. When white skin and beauty become a correlation, skin color is used in error to confirm beauty and value.

While beauty standards are developed through the adherence of such standards, until we accept that Black is beautiful, South Asians will never fully accept Black people in their entirety.

Unconsciously assimilating to a beauty standard instead of consciously defying it allows it to remain the standard. For example, still today many Indo-Caribbean women are told to avoid dating Black men. Families want their daughters to have light-skinned children with thick Indian hair.

Growing up, I would hear the terms like “good Black people” regarding my Black friends. This implies there were a select few “good” ones. While some Indo-Caribbeans want to call out anti-Blackness, it often leads to quarrels with older family members. While I can’t speak for every Indo-Caribbean, I am still unlearning my complacency within these anti-Black beliefs.

Like the common Guyanese proverb says, “who don’t hear does feel.”

It’s not easy to have these conversations with family members, but there are resources to help make the process easier.

While Indo-Caribbeans are not Black, we’re also not white. “Black people issues” extend into non-Black communities. Being of South Asian descent, we get categorized as a model minority in the U.S.  Many wear that with pride, yet there are stark reminders that this myth holds zero weight when it comes to discrimination. My own father proclaimed Black lives matter only after a Guyanese man in my hometown of Schenectady, New York, was placed in a position similar to George Floyd. But why do we have to wait for forced empathy? Let’s start now.

Black Lives Matter protests sparked involvement from people all over the world and had notably more South Asian involvement than in previous years.

We need to let go of the old Indo-Caribbean mentality where anti-Blackness drives a wedge between the two most populous groups and stands in the way of progress. The biggest perk about being Indo-Caribbean is our rich culture and history. However, our Indo-Caribbean history would be nothing without Black Caribbean history. Our identities and culture, our love of reggae and soca are intertwined with Blackness. American history is intertwined with Blackness. We take the struggles of our Black peers for granted because we’ve reaped the progress paved by Black activists minus the same blood, sweat and tears.

I’ve gone through my own beauty journey and discovered that I am beautiful (yes, even without makeup, ha). But more work needs to be done within the Indo-Caribbean community. Systemic racism perpetuates tension between different minority groups.  If we continue viewing beauty through the same lens, anti-Blackness will continue. Recent trends even include appropriating Black characteristics through a whitewashed image. Yet those Black features are not acknowledged. We need to be more inclusive of representation and beauty. Dark skin is beautiful. Black is beautiful.

Ashley Ramcharan is Indo-Guyanese and the assistant editor for the Indo-Caribbean team here at Brown Girl Magazine. She developed a passion for social justice and women’s rights while enrolled at Hamilton College, where she majored in Sociology. She currently works for a marketing agency where she does media analytics. In her free time, she can be found painting, winging her eyeliner or playing with her bunny, Stormy.

Beauty Buzz: Nindy Kaur On Being an Entrepreneur, and Her Most Coveted Beauty Product — the Lipstick!

#ColorMeEmpowered: The Multiple Shades of a Woman