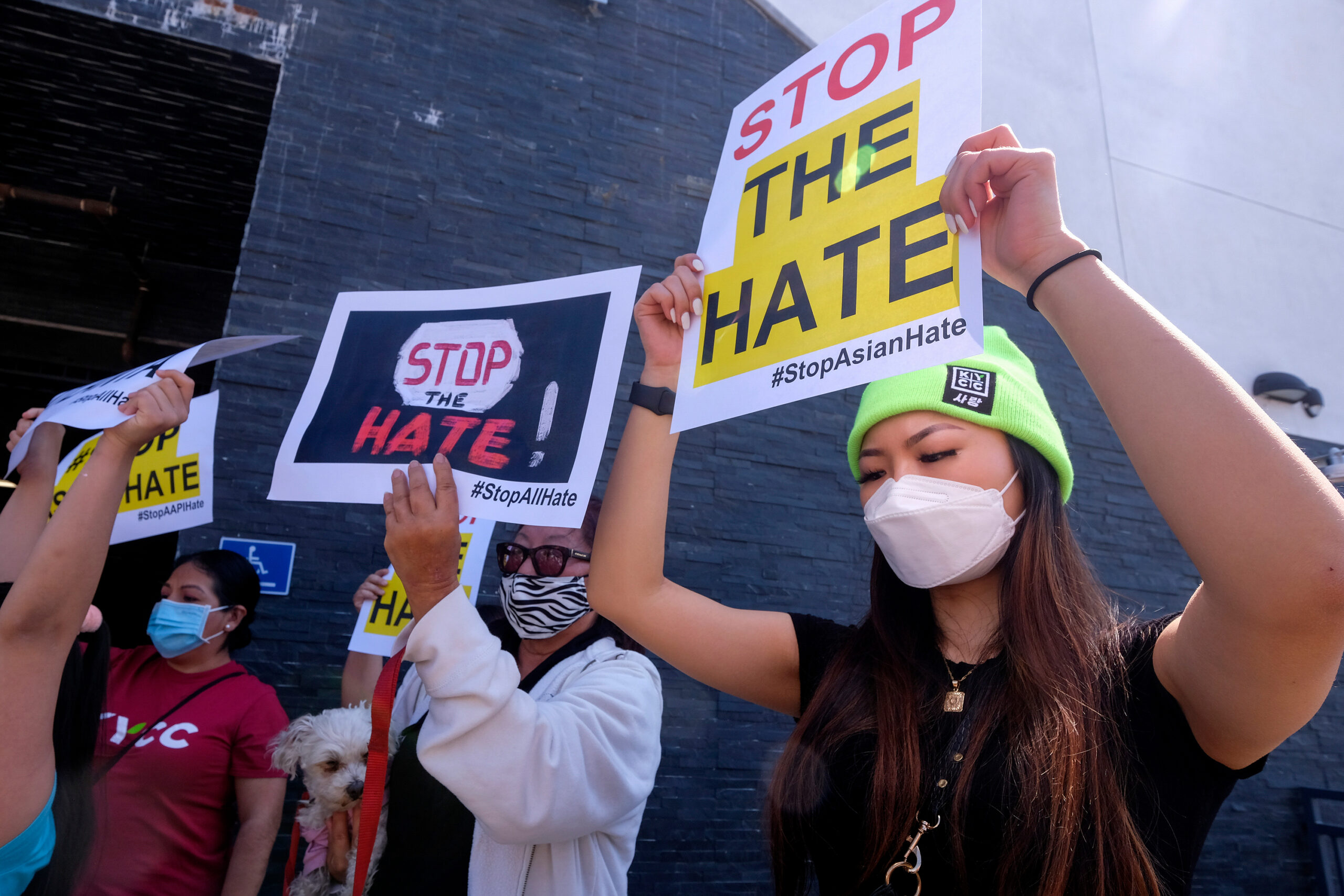 People hold signs to protest the rising number of hate crimes against the Asian-American and Pacific Islander community in Los Angeles on March 19. 2021|Photo by Ringo Chiu via Shutterstock

In light of the recent Atlanta spa shooting and the general prevalence of hate and violence against Asian and Pacific Islander communities, it seemed like an important time to reflect on where this hate comes from. Although many of the travesties that have caught the attention of mainstream media occurred in the United States, Canadians, too, need to recognize the prevalence of hate within our borders.

According to Project 1907, a grassroots that works to elevate underrepresented Asian voices in mainstream political, social and cultural discourse, “Canada has a higher number of anti-Asian racism reports per Asian capita than the United States.” They also reported that British Columbia has the greatest number of reported incidents of any sub-national region, followed by California, New York, and Ontario. Additionally, in Vancouver, BC alone according to a report presented to Vancouver’s police board, the number of hate crimes was 280 in 2020, up from 142 the year before —an increase of 97%.

A reminder that anti-Asian racism is very much alive in Canada, too. #StopAsianHate pic.twitter.com/X3bj0aWhQ1

With the prevalence of anti-Asian hate being abundantly clear in Canada, you may be wondering what has perpetuated this hate and why you know so little about it. If this is the case, you aren’t alone in this questioning. The fact of the matter is, if you’re not completely sure about where this hate comes from beyond the pandemic, it’s not completely your fault because very little of it was taught to you in school.

With that in mind, here is a brief timeline of events in Canadian history that perpetuated the mentality that serves as fuel to this fire of violence and hate:

The roots of the anti-Asian movement can be found in two waves of Chinese immigration to Canada. The first wave was due to the Gold Rush in British Columbia (“BC”) in 1858 and the second was a wave of labourers who came to BC for the construction of the Canadian Pacific Railroad between 1881 and 1885.

[Read Related: South Asian Americans, This is our Time to #StopAAPIHate]

The Canadian Pacific Railroad was a promise made to British Columbia upon their entry into Confederation in 1871. And although Confederation was less than an occasion for celebration for Indigenous communities, the fact of the matter is, Canada wouldn’t be the Canada it is today for all of its pros and cons, without the contribution of Chinese labourers.

Due to difficulty putting together an adequate workforce in BC, over 17 000 Chinese workers came to build the Canadian Pacific Railway, and later maintain it. They were forced to work in dangerous conditions, were paid very little, and an estimated 600 workers died in the process. They also faced immense amounts of racism and discrimination by citizens and politicians alike.

Following the completion of the CPR, the Chinese Immigration Act of 1885 was placed. This piece of legislation imposed a $50 head tax on every Chinese person seeking entrance into Canada. Chinese labourers were needed to make up the workforce, but the fact that they brought the heritage and culture with them was deemed undesirable.

On July 1, 1923, the Parliament passed the Chinese Immigration Act. It is more commonly referred to as the “Chinese Exclusion Act” because it banned virtually all immigration from China to Canada. Additionally, every person of Chinese descent regardless of where they were born was required to register for an identity card within 12 months. Noncompliance carried a penalty of $500 or imprisonment. The Act was repealed in 1947 and during the time that it was in place, fewer than 50 Chinese people were allowed to come to Canada.

A formal apology was given on 22 June 2006, by Prime Minister Stephen Harper for the head tax and discriminatory legislation.

In the 1930s, there were approximately 23,000 Canadians of Japanese origin living in Canada. This was the product of a wave of immigration that occurred between 1877 and 1928. Immigration picked up again after 1967.

Following Japan’s entry into WWII on December 7, 1941, Canadians of Japanese descent on the West Coast were forced out of their homes. They were removed en mass and incarcerated, despite next to no evidence that they posed any threat. In 1942, under the War Measures Act, more than 21 00 Canadians of Japanese heritage were forced to leave the “restricted area” and move 100 miles inland from the West Coast. At first, many were held in livestock barns before being moved to “interior housing centres” in BC. The property of those in internment was confiscated and sold by the government.

An apology was delivered in the House of Commons in September 1988.

In 1908, the Immigration Act was amended to include the “continuous journey regulation,” which barred the landing of any immigrant who did not arrive in Canada through a continuous journey from the country in which they are citizens. This made it difficult for many South Asians because the nature of the trip from South Asia to Canada involved stops. And for individuals who were British subjects, this regulation made immigration to Canada impossible.

Canadians of Asian heritage have contributed immensely to every facet of our society. They are why we have our favourite sushi restaurants, our beloved Chinatowns, and of course, “Kim’s Convenience.” So, let’s show them the love and appreciation that we feel for their contributions and stand by them as they’ve stood by all of us for generations.