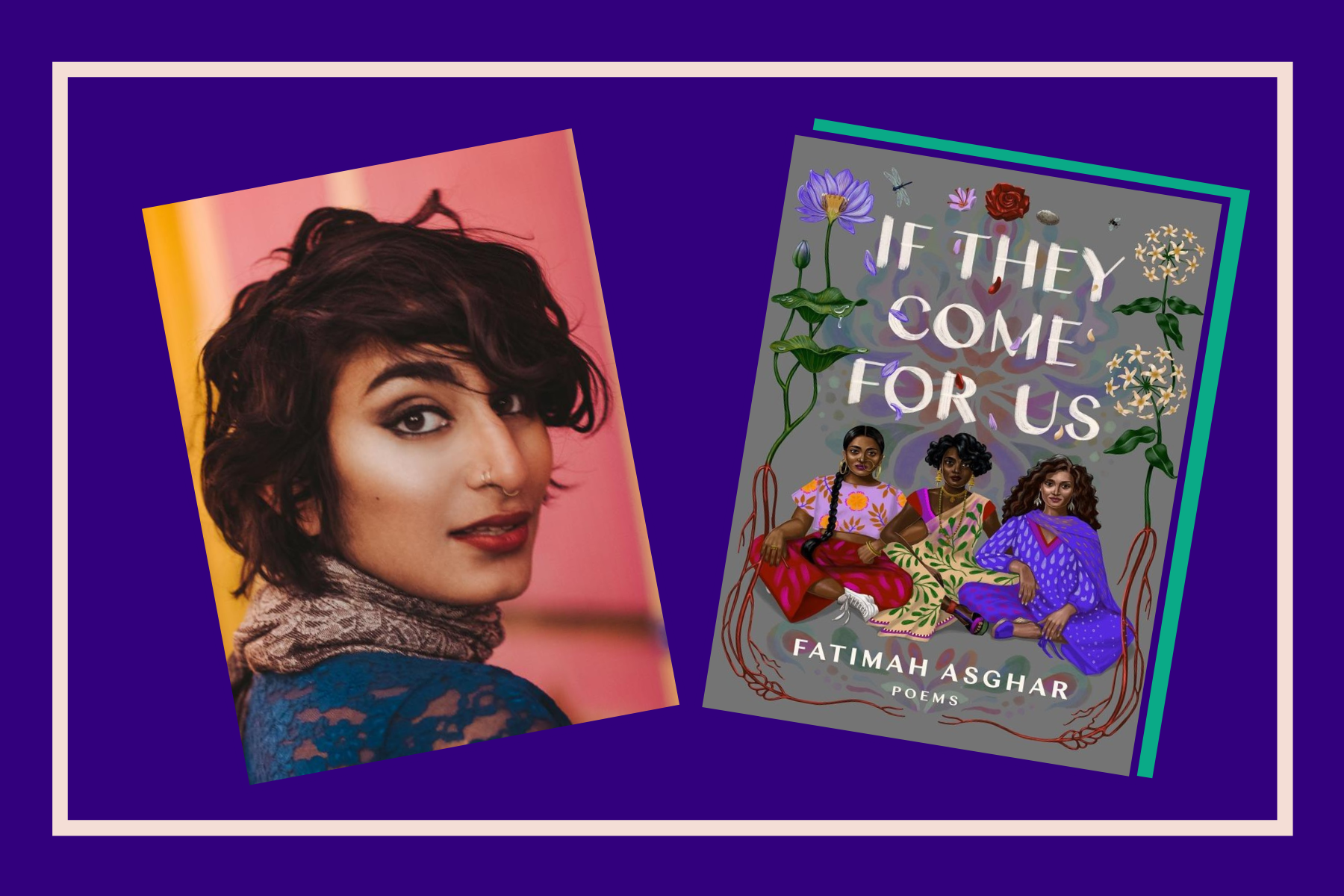 Fatimah Asghar’s debut poetry book, “If They Come For Us,” is an inquest into a realm most wouldn’t dare venture into.  A soul-searching, brutally honest and heart-breaking collection of poems, it highlights the complexities of being a living breathing thing of beauty.

As a body of work, “If They Come for Us” investigates the notion of identity. Those who seek to understand it, learn early on that identity is a difficult, subjective and intimate matter. Because of this, the definition of identity varies from one person to the next. With this comes the responsibility of acknowledging that there can be parts of your identity that you whole-heartedly embrace and others that you aggressively shun. It is the lens with which one interacts with the world and vice versa.

Exercising diligent consideration, Asghar explores all threads of their life by questioning what was, what is and what if.

Set against the background of the Partition, they explore the long withstanding repercussions of 14 million people being forced into migration to flee ethnic cleansing and genocide. Asghar, taking from their people’s history, partitions their own identity carefully and carelessly for dissection.

Drawing from autobiographical experiences, Asghar debates existing ideologies. As religions clashed in pre-partition India, their faith and sexuality face the same dilemma decades later,  giving birth to their search for acceptance and belonging.

Published in 2018, the political arena in the U.S. also shaped the collection. Living through the aftermath of 9/11 as a teenager and the Trump presidency as an adult, we feel Asghar’s fears manifest in the world around them. The political discomfort makes them question concepts of home and displacement whilst voicing their sentiments of being threatened and unsafe.

I can’t say blow out loud or everyone will hate me. They all make English their own, say that’s the bomb. I know that word’s not meant for me.

Asghar lost their parents at a young age and the impact of being orphaned is embedded in their work. In “Super Orphan” and “Portrait of my Father, Alive” they map out the ebbs and flows of grief. In “Kal,” they tackle the irony of the word, kal, in the Urdu language:

With tender care, Fatimah introduces the reader to sensitive themes. Section after section, they build on them by using motifs to create wholesome imagery. In doing so, they offer multidimensional perspectives which humanize the experiences.

You’re kashmiri until they burn your home. take your orchards. stake a different flag. until no one remembers the road that brings you back.

In the series of poems titled “Partition”, Asghar gracefully sways to and fro with the hope of capturing the contradictions of 1947: the despair tinted with hope, the freedom under the guise of a new nationality.

Jinnah’s photo framed & hung on the doors of his believers.

Freedom spat between every paan-stained mouth as the colonizers leave

It’s not all heavy-hitting, though. Asghar’s experimental curiosity with poetic form is one of their unique talents.  They playfully curate poems such as “MicroAggression Bingo” and “From,” which are unorthodox in style to remind us that there is more than one way to the light. At the crossroads of internal dilemma, they choose the path of courage by voicing their emotions out loud.

“If They Come For Us” was a surreal read. It felt like I was talking to myself. Things that I can’t bring myself to say out loud, I found lurking behind letters on the pages before me. Asghar led by example by allowing us into the intimacy of their mind. Their determination in rejecting a picture-perfect narrative has stuck with me.

[Read Related: ‘Normal? Anything But’: A Poem on South Asian Identity]

Their nostalgic words lifted off the pages into reality and recreated memories of my own adolescence — from “gold chapals and Lisa Frank trapper keepers” to “birdies zipping from racket to racket.”

There were times I stopped reading and let my imagination run wild. At times, I couldn’t read on because it was too painful. And other times, my anger at not knowing more stopped me. Oblivious to a simple yet powerful detail of Partition falling on Laylat-al-Qadr, one of the holiest days in Islam, gave nuance to an unfamiliarly familiar historic event.

There is a lesson to (un)learn for anyone who reads “If They Come For Us.” Some may recognize themselves in Asghar’s insecurity about body hair. Some may find the complex family dynamics familiar and others may catch a glimpse into the intricate lives immigrants leave behind to start anew.

Where do we start to pick up the fragments of the world that were partitioned for us?

By taking us on their ancestors’ journey and connecting it with their struggles, they give meaning to thoughts, emotions and trauma, creating a vocabulary for our collective trauma as South Asians. Tired of being shackled by a bond that was forced upon us, in writing this collection, Asghar takes it upon themself to break free.

Last year, I discovered Asghar through their Emmy-nominated web series Brown Girls. A multi-genre creative, I find their work has a degree of depth & humanity that is rare to come by. Their next book, out later this year, is a coming-of-age story about three orphaned sisters surviving girlhood. After an inspirational and raw debut in poetry, I’m curious to see them delve into the world of fiction. I’m even more curious to see where they take me next.

In a world that can be frightening, Asghar’s poetry collection gave me comfort in knowing that I am not really alone.

Fatimah, if they come for us again, I’ll be right next to you.

You can purchase “If They Come For Us” from Penguin Random House and keep up with Fatimah Asghar’s work here!

‘headspun’: A Bengali Muslim Boy’s Poetic Journey Through Himself