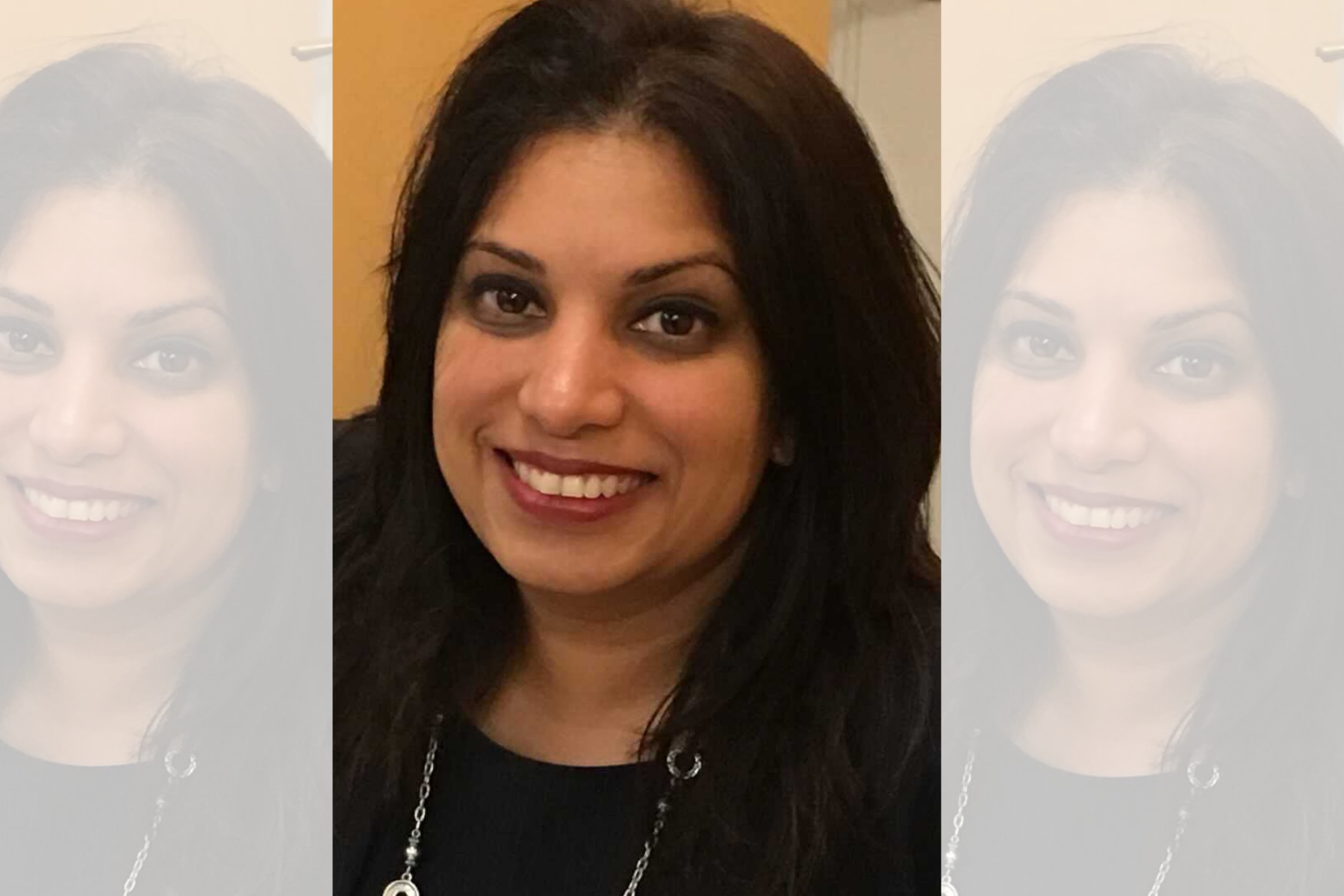 “To pursue your dreams and make a difference in this world, should be equally available for women and men.” — Judge Karen Gopee

In 2015, Mayor Bill DeBlasio appointed Judge Karen Gopee to the bench, making it a historic year for Indo-Caribbean women across the nation. For the first time, an Indo-Trinidadian woman was chosen to sit on the New York City Criminal Courts, a true honor.

Indo-Caribbeans are scarcely represented in many career fields, but especially in the legal field. As a law student myself, I struggle with learning how to find my place in a field that is dominated by white men. DeBlasio made more than just a choice, Judge Gopee’s appointment shows thousands of little Indo-Caribbean girls that they matter, that representation matters.

[Read Related: Latchmi Gopal: The City Council Candidate Talks Being the Daughter of Immigrants, Love and the Power of Her Guyanese Heritage]

I sat down with Judge Gopee to learn about her journey to the bench and to hear her story of overcoming the struggles women of color in the legal field face. Staring at the Zoom screen, I felt as if I was staring at myself years later. At 25 years old, I can finally say I have seen a lawyer that looks like me.

At the age of 1, Judge Gopee and her family left Trinidad to come to New York for a better life. Fast forward to 1997, she graduated from St. John’s Law School. Like many Indo-Caribbeans, Judge Gopee is a first-generation professional. Being a first-generation lawyer comes with a proud tag — it means you’ve made it. Your family has made it. Your family’s hard work in coming to America and supporting you meant something. It also means parents have eternal bragging rights. Whether it be at a wedding, puja, or family outing, people now know they are the proud parents of the lawyer. They did a good job raising you.

“My family is very, very proud. They have pictures of me in the robe in their home.  My mom used to go around telling anyone who would listen to her that her daughter is a judge. We did a puja to ask for blessings and to celebrate after I was appointed. My parents will tell people on the street, people in stores, people in Temple, anyone who will listen to them. One woman was the owner of an Indian clothing store, who also proudly announced that her daughter was a lawyer and that her daughter knew me. It makes me smile.”

But like everything in life, being a first-generation lawyer also comes with criticism.

“Because I was the first, there was a lot of controversy. Questions about my career, questions choosing criminal law, about being a prosecutor, on and on. School counselors, friends, family and bosses, so many people suggested that I settle, that this school was good enough, that choosing something safe, a job not a career, or an easier area of the law [was ideal]. What I realized is that you have to move past that, don’t let their doubts make you doubt yourself. Use their negativity as additional motivation to study and work harder.”

The same year she graduated, and just three months after taking the bar exam, Judge Gopee got married. As any working, married woman knows, marriage is a balance. Women, especially Indo-Caribbean women, are typically asked to give up their careers so they can better achieve that balance. Judge Gopee was no stranger to this.

“Funny story, when I was 19, I went to Trinidad. At the time I was dating someone whose parents lived in Trinidad. His parents invited me over for dinner. After dinner, his mother made tea and asked me to sit with her in the gallery. There, she started questioning me about my intentions toward her son and if I would give up ‘the law thing’ when I had kids. I wasn’t prepared for those questions, because at that time, I wasn’t thinking marriage or about a family. All I knew is that I was in college, a few years away from law school, and my dream of being a lawyer.

Without meaning to be disrespectful, although I’m pretty sure that she may have seen it like I was, I told her my truth, that I was not attending 19 years of school, reaching my goals, to stay at home. I also told her that I didn’t think that I was right for her son. Ironically, three months after I finished law school, he and I got married. He said to me, the day that I returned to New York and told him about the conversation with his mother, that it’s not for her to say what he wants.”

Judge Gopee also had some excellent advice for women who are torn between deciding to be at the top of their industries and considering settling down.

“… I find fault with the fact that women often feel like they must choose. It is an impossible choice. To pursue your dreams and make a difference in this world, should be equally available for women and men. Unfortunately, the truth is, that expectations of women, especially West Indian women, by our society and by our own family members, make it more difficult to have both a career and a family life.

Thankfully, we are living in a much different world today. Women are making great strides in careers. Women are not seen as only stay-at-home moms or wives anymore. Women are demanding an equal voice and a career. We have so many mentors that we can look to, the prime example is our new Vice President, who has had an extraordinary career and a family.

It can be done, but part of being able to do so is finding the right person who accepts you for who you are, appreciates and encourages your career and works as a team at home. Life is always about balancing and juggling, it is not easy to have it all. Sometimes it’s about perspective and prioritizing and getting help with. [For example] sometimes getting takeout, getting help around the house or an after-school program for the kids and more. Don’t feel guilty or compromise who you are or who you are meant to be.”

Just four months after her wedding, Judge Gopee started her career at the Brooklyn District Attorney’s office, one of the biggest district attorney offices in New York City. For seven years, she prosecuted special victim cases, including those of domestic violence, an issue prevalent in the Indo-Caribbean community.

“… It still was not very diverse. I was the only person in my eight years there that looked like me or sounded like me. It was a challenge, but I learned a lot. I would advise anyone interested in criminal law to start off in a district attorney’s office, because you get thrown into the courtroom right away. It’s an eye-opening experience.”

She then served as principal court attorney to Hon. Alex M. Calabrese, then presiding judge of the Red Hook Community justice center, from 2005-2015. In 2015, she was appointed to the bench.

“The process to become an appointed judge in New York is that you go through the mayor’s committee. There are several interviews. The first is around three people, the second is about 20-30 people and my last interview was about 60 people. You walk into the room with people who are the leaders in the field, and to be able to sit there and be questioned and hold your own, while competing against other tremendously qualified applicants, is a combination of exciting, exhilarating and amazing along with being downright terrifying and completely out of character with the shy soft-spoken girl that I was raised to be. ”

A mother of two, Judge Gopee smiled as she reminisced about the day she was sworn into office.

“I took my daughter with me, she was 11 at the time. I hadn’t revealed to my family that I was being considered to be appointed as a judge. It was such a competitive process and not guaranteed. I didn’t talk to anyone besides my mentors about it and I didn’t want to have to explain it in case it didn’t work out. I woke her up, and I said you’re coming with mom to work. We took the train into Manhattan and she sat in the back of the room while I got sworn in, and the look on her face when they had me repeat the oath and swore me in. That was a huge thing for me. It was one thing to impress a colleague, but it’s another for a family member.”

Judge Gopee has worked to establish the first and only affinity bar association that includes Indo-Caribbeans, not only in name but in philosophy: the South Asian & Indo-Caribbean Bar Association (SAICBA-Q) where she currently serves as president.

“It was important to me not to do a sole Indo-Caribbean organization because we are again segregating ourselves. We don’t have the numbers to be meaningful, and to make changes, to be heard and to move up if we are working in an environment by ourselves. So we need to come together, but we also need to recognize the differences. SAICBA-Q is a big deal, because it recognizes both and we are able to play off both cultures and enjoy it. It is important that we don’t operate in a vacuum, that we stay true to ourselves but that work with others to advance the practice of law and provide opportunities for diversity, inclusion and promotion for all our brothers and sisters.”

SAICBA-Q holds chai chats, networking events and Zoom panels, all of which are available to law students.

Judge Gopee’s story is truly one of determination. She redefines what we think a judge should look like. Indo-Caribbean women need more advocates for diversity, inclusion and gender equality. Judge Karen Gopee is doing just that.