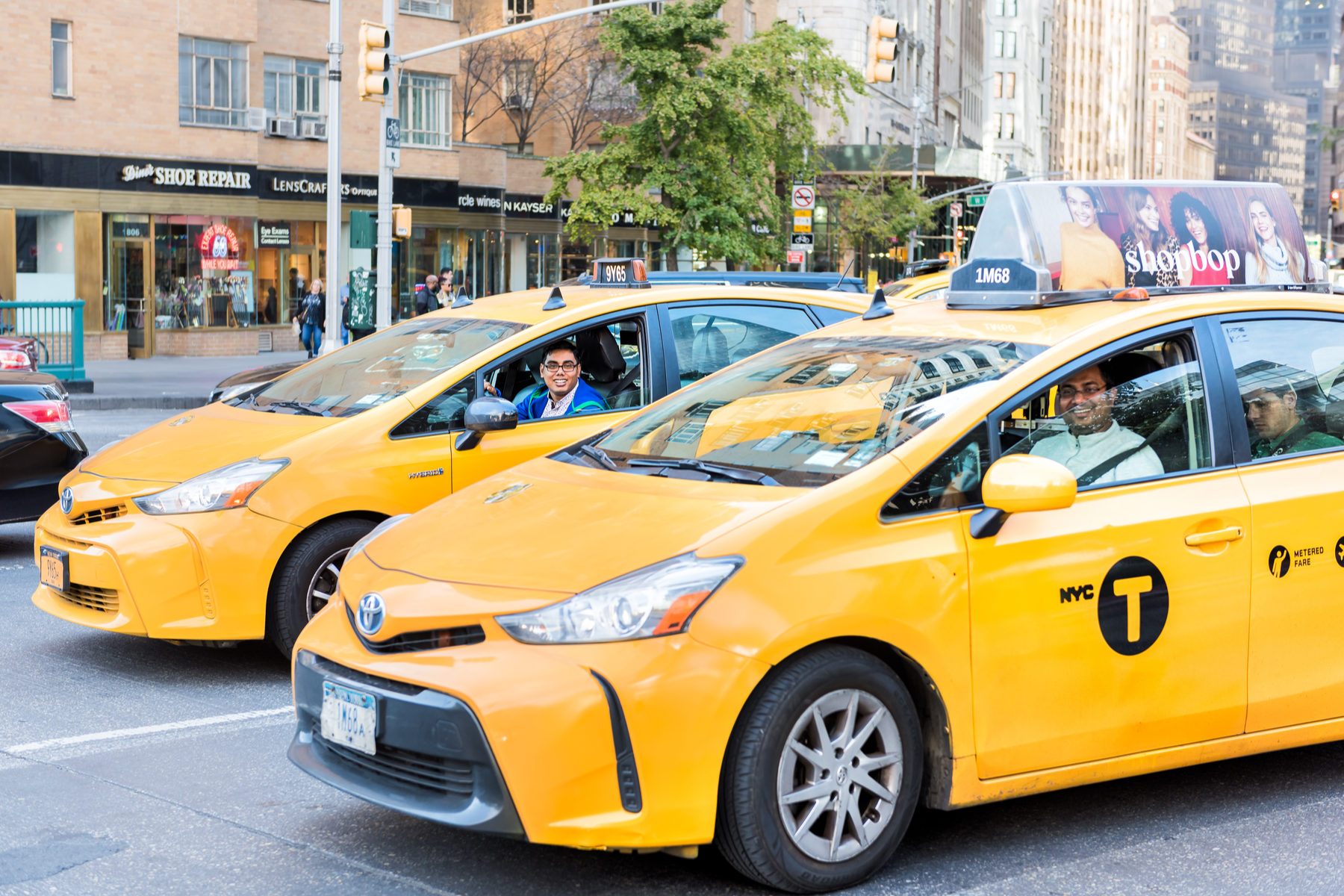 Photo by Andriy Blokhin via Shutterstock

An iconic symbol of the wealthiest city in the world, New York City’s yellow cab taxi industry is now in a state of utter despair.

For years, newcomers to the United States found their footing by way of purchasing or renting a taxi medallion. Lured by a low barrier for entry and the promise of financial security, drivers made a living ferrying New Yorkers up and down Second Avenue as a means to secure the American Dream.

The Haas Act of 1937 first introduced medallions to reduce the number of cabs on the road. When the State of New York did not issue any new medallions for the next 60 years, the prices skyrocketed in 1997. The only way left to purchase medallions was through an auction – and most drivers borrowed money from lenders to pay for them.

Because of their limited supply and high demand, the average cost of a medallion at its prime was well over a million dollars. An investigation conducted by The New York Times found that the price of the medallion almost quintupled between 2002 to 2014, going as high as $1.3 million. Industry leaders, such as lenders and big banks, artificially inflated the price by knowingly overpaying for them. As a result, many drivers worked 60-hour weeks to earn enough to support their families and make monthly payments on their loans.

The bubble burst when hedge funds bought back the medallions from the bankrupt drivers, causing the prices to crash. Drivers were left with an enormous loan that they took for an asset and that was devaluing by the minute, and a dwindling income, thanks to increasing competition by Uber and Lyft. Eight taxi drivers committed suicide in 2018 alone as a result.

The rise of ridesharing car services like Uber and Lyft has contributed to the destabilization of the taxi industry. The influx of cars arriving promptly at your doorstep at the touch of a button was the beginning of the end. In addition to the new competition, a major culprit behind the downfall of thousands of drivers remains predatory lenders. The final nail in the coffin was COVID-19; as the pandemic ravaged New York City, it swept away what was left of the taxi industry.

More than 40% of the taxi industry is made up of South Asian immigrants. Many of these first-generation immigrants entered this workforce with the intent to elevate families to financial freedom, not drown in debt. Unable to pay off their debts, the drivers are now losing their medallions and declaring bankruptcy.

“The types of loans that these drivers were agreeing to, a lot of them didn’t understand balloon payments or other terminology. My dad ended up incurring so much debt. Most of his money went to paying off the interest, not the principal,” said Alex Kanaan, a Queens resident.

Like his father, Kanaan also owns a medallion, purchasing his own cab several years prior assuming its value would rise.

Strict lockdowns combined with people fleeing New York in the last year have heavily impacted ridership. Some taxi drivers have been lucky to find even a couple of passengers in a day, leaving them stranded when it came to making monthly payments.

“It’s not the same. I’m having to work twice as long to make the same amount of money as before,” said Kanaan.

Another driver severely impacted by this crisis is the father of Felicia Singh, a candidate running for the New York City Council. Dalip Singh bought his medallion in 1998 for $250,000. The medallion was intended to be his retirement nest egg. However, he has now declared bankruptcy and sold all his assets, including his medallion and the family house.

“I wanted a future where I could retire. This was the offer sold to us by predatory lenders. Instead of being able to retire, I’m now 66 years old, at risk of losing everything, and still working,” said Singh. 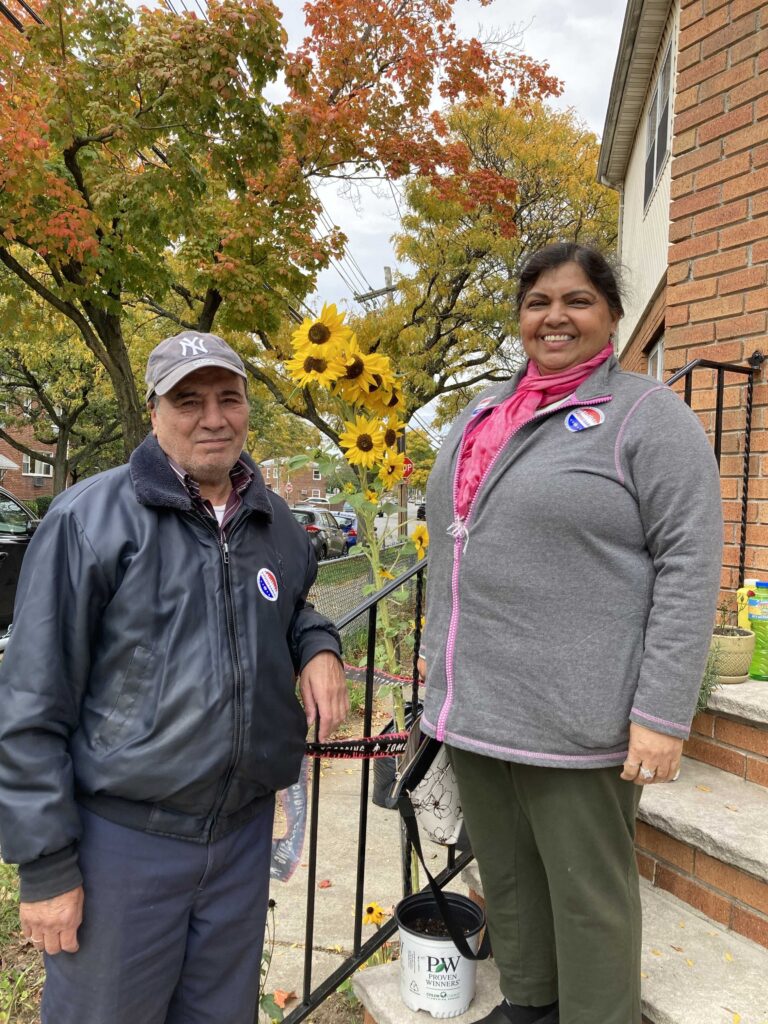 Amidst this crisis, the government has refused to step in to provide support. On the contrary, the city profited from the sale of the medallions to the tune of $855 million. These acts led to the birth of the New York Taxi Workers Alliance (NYTWA).

The NYTWA has organized multiple protests in 2021 alone, including shutting down the Brooklyn Bridge and gathering outside the Mayor’s residence at Gracie Mansion.

In response, New York City Mayor Bill de Blasio released a plan on Mar. 9 that offers medallion owners an interest-free loan of $20,000 to help in restructuring their debt. However, Executive Director of NYTWA Bhairavi Desai called the plan “disgraceful” and claimed that “it’s a cash bailout for lenders while drivers are left to drown in debt, foreclosure, and bankruptcy.”

The NYWTA is standing firm on its main demand to restructure the loan at $125,000 and refinance it at a payment of $757 per month for no more than 20 years. Desai announced that the protests will continue to take place daily outside the Mayor’s home at Gracie Mansion until their demands are fulfilled.

“This crisis is destroying our lives. Most taxi drivers are immigrants like my parents,” wrote Felicia in the New York Daily News. “They dreamt about a pathway towards upward mobility, a ticket to the middle class. That never happened. This dream was never meant to be attainable for them.”