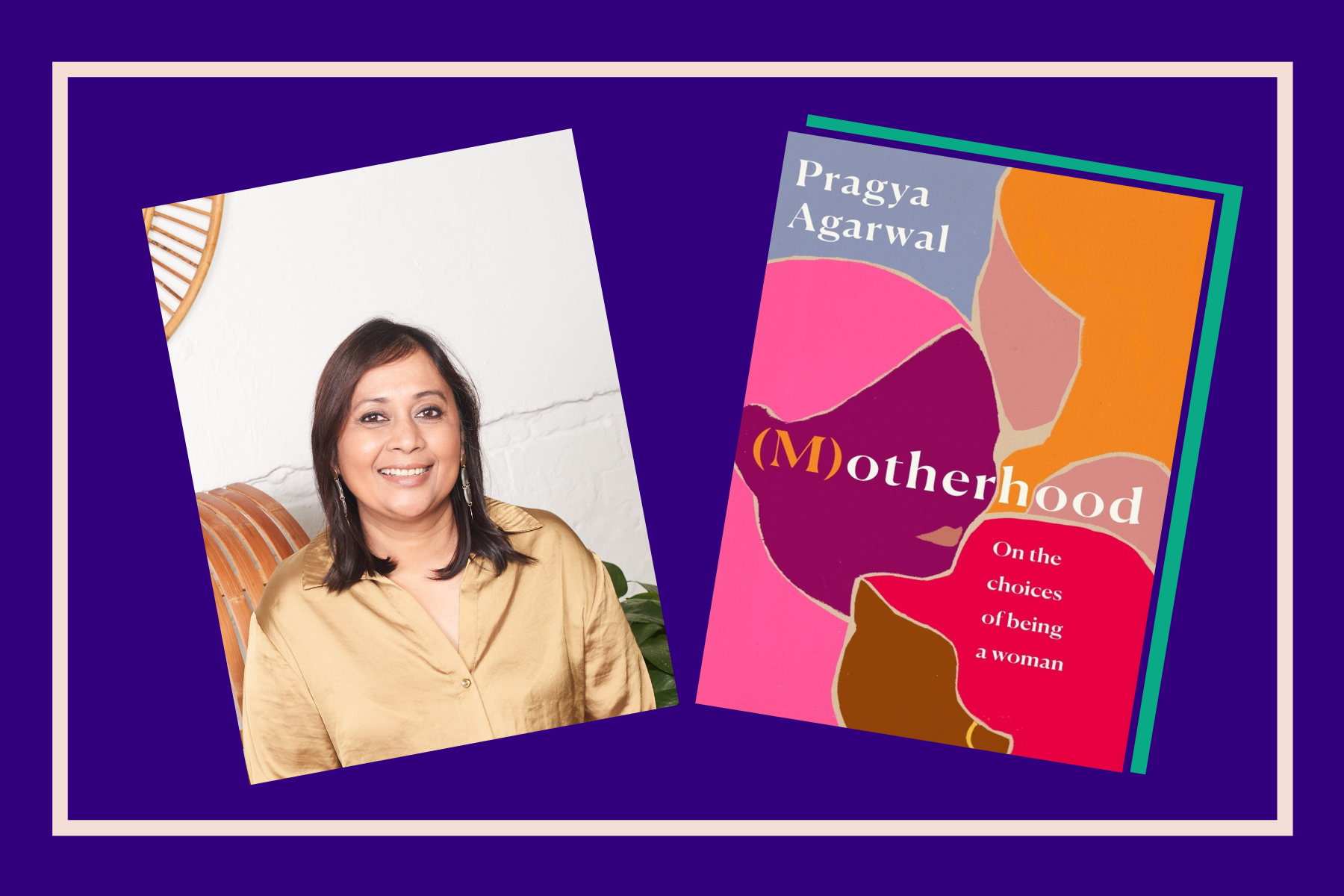 “(M)otherhood: On the choices of being a woman,” by Dr. Pragya Agarwal, is a deeply fascinating book, both for its contents and for its literary personality. Its identity as a book reflects the identity of diaspora women of colour; varied chapter by chapter, difficult to define, ticking many boxes, but fitting into none. The title itself is a nod to the whole world of “other-ment” that mothers experience, a role which is viewed as completely biological and instinctual but can be extremely complicated for many.

Dr. Agarwal’s work is a change from strictly instructional, statistics-based “motherhood manuals,” and it’s refreshing to see. She doesn’t instruct you on your relationship with motherhood, or encourage you to think about your “biological clock,” actually, she discourages you from worrying about that and explains why much of it is a myth. This book is not quite a memoir, despite being framed with narratives about her own relationship with motherhood.  Dr. Agarwal allows herself the agency to choose exactly which parts of her personal history she wishes to share, which gives her book a different kind of dignified vulnerability. This book also does not fit fully under the category of political or social analysis, but Dr. Agarwal shows women’s fates can be altered due to race, education, and the law of their land indicates that even simple choices a woman makes can have political and social repercussions. The result is a book which, despite looking like it’s directed to a niche group, would be helpful to wider members of society, not just mothers. In effect, it un-others mothers.

[Read Related: From a Mother’s Perspective: Why is Loving Myself So Hard?]

As a behavioural and data scientist, Dr. Agarwal unpacks the research on motherhood, helping the reader understand how, despite being a forward-thinking society where women are allowed to make more lifestyles choices than they did in the past, we still define women by their choices around motherhood.

Dr. Agarwal examines the gendered language in textbooks that shapes our idea of sex, menstruation and conception from an early age. Seemingly casual phrases such as “feminine hygiene products,” teaches us that menstruation is dirty and unclean, and discussion on how “the sperm fertilizes the egg,” reinforces traditional gender norms of the man being the one that instigates the relationship and the woman who passively waits to be “taken.” In reality, both sperm and egg fuse together after both undergoing chemical changes, in a more equal relationship than what is commonly explained. She also explores the suffocating pressure on women to have children and how their fertility can affect not just their self-esteem, but also their worth in the eyes of their peers and social circles. Personal accountability is also important; although the pressure to have children stems from patriarchal beliefs, women can further perpetuate this toxic phenomenon by their treatment of each other.

A very refreshing part of Dr. Agarwal’s writing is her honesty and her refusal to airbrush the darker parts of life. She speaks frankly about the mixed emotions she experienced while in her first, unplanned pregnancy—a difficult one which ended in a premature birth—her second pregnancy—which she decided to terminate—and later in life when she was told that her womb was an “inhospitable environment” for pregnancy. This then led her and her husband down the route of surrogacy, and she recounts this difficult journey with the reader; the intersection of privilege, social class, citizenship status and the struggle of having her children legally recognized as hers.

A point that keeps returning in this book is that true agency and choice are not as clear-cut as we may think. A woman from a country that considers abortion a human right and a part of ordinary healthcare may not enjoy the same ease of access or share the same experience as another woman.  The takeaway is that privilege and oppression are multi-faceted, intertwined in the institutions that we live in.  Whether you are a mother, would like to be one, or have zero interest in being one, “(M)otherhood” is a great read and an insightful glimpse into the complexities of human reproduction.