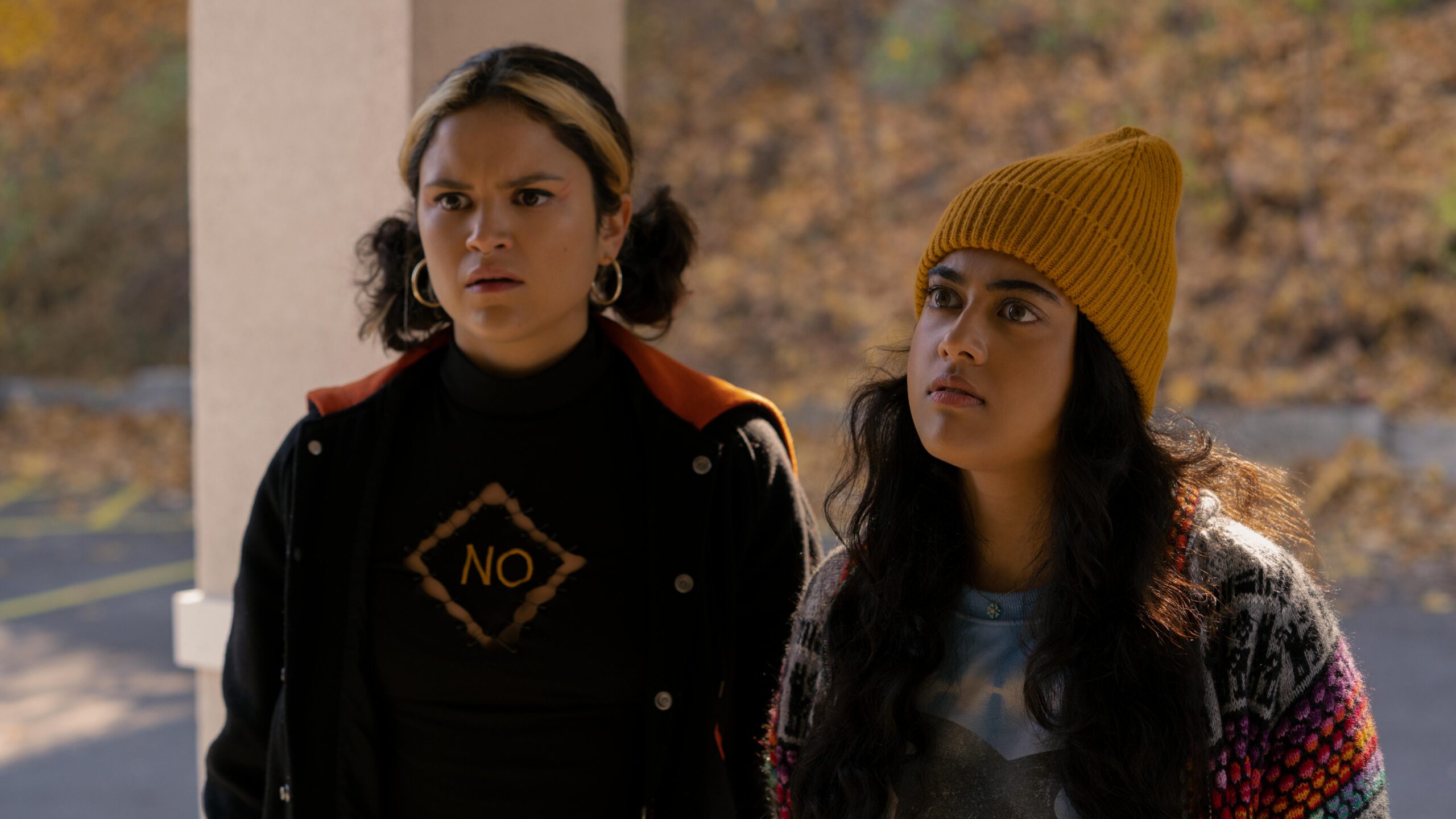 If you talk to screenwriter Prathiksha (Prathi) Srinivasan about “Plan B,” her new raunchy comedy on Hulu, she’ll tell you that it’s a film with an incredibly empowered message.

“Plan B” starts out in a fairly recognizable way. The film follows Sunny, a young Indian teenager who attends her first house party, gets drunk and has a regrettable sexual encounter. But then it turns: the next morning Sunny realizes that she needs the Plan B pill, so she takes her best friend Lupe and races to the nearest Planned Parenthood, which is hours away, before hitting the 24-hour deadline.

As Prathi explains, it was first pitched as “Harold and Kumar” – White Castle + emergency contraception.

Prathi and her co-writer / childhood friend Joshua Levy spent years writing and getting this film off the ground, and thankfully they had pretty much one of the best teams behind its production with the writers of the actual “Harold and Kumar Go to White Castle” as producers, and actress Natalie Morales behind the camera as a debut director – her prolific acting career includes “Parks and Recreation,” “Dead to Me” and “Battle of the Sexes” to just to name a few projects.

Prathi and I sat down to talk about the inception of “Plan B” and how her frustration and anger over a woman’s lack of agency over her own body turned into a female, teen, buddy comedy.

We chatted about how the casting of the film’s leads, Kuhoo Verma (Sunny) and Victoria Moroles (Lupe), became groundbreaking news for being two BIPOC females who look like real-life humans, and how despite including some of the conservative ideals South Asian parents can have, “Plan B” ultimately shows us how much our families really do love one another.

As Prathi puts it so brilliantly,

“It’s a fun movie that has an agenda, but it feels like love at the end of the day.”

“Plan B” is streaming on Hulu right now. You will not want to miss it. Seriously.