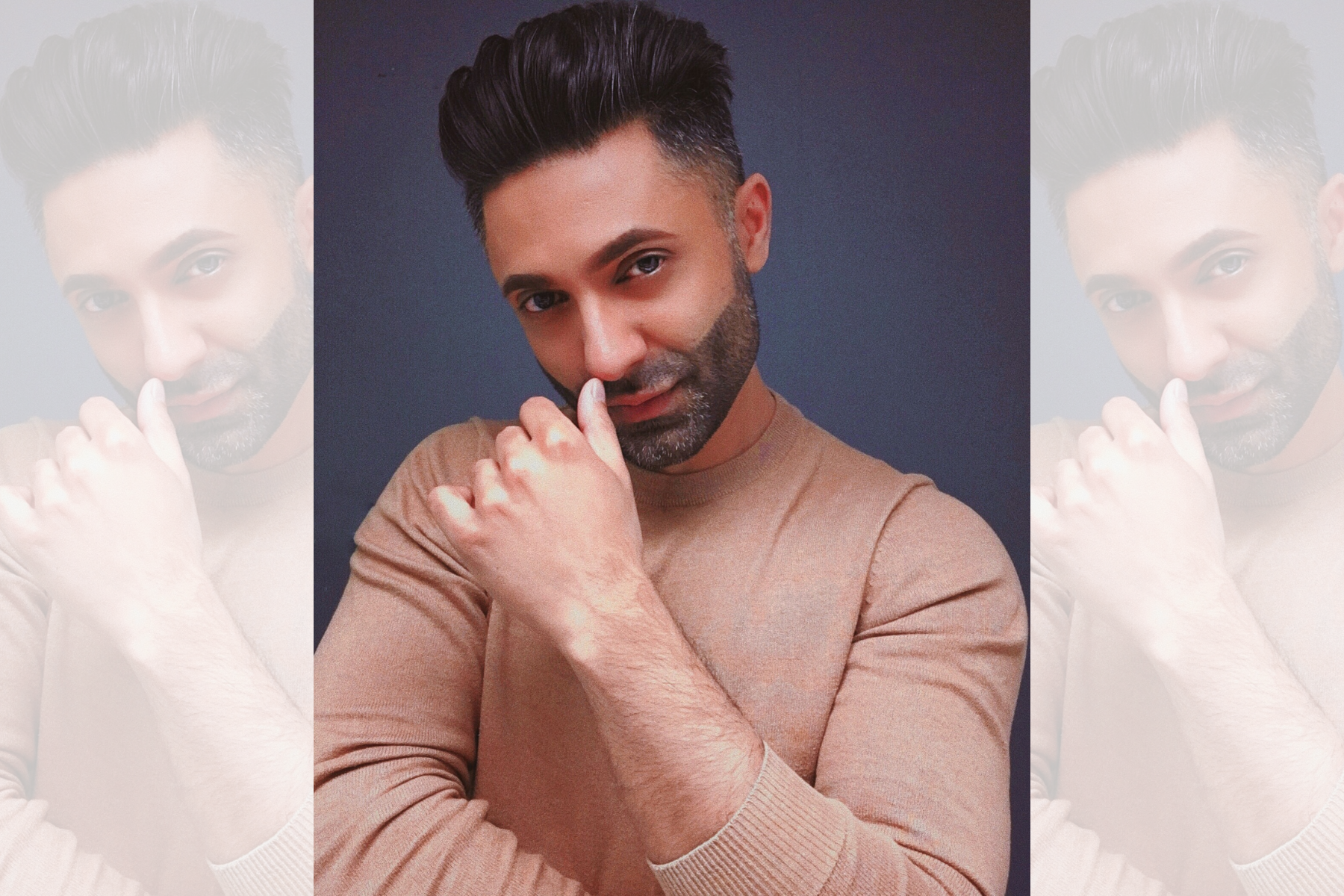 For this month’s artivist feature, Brown boy had the honor of sitting down with W. Shayk, lovingly known as “Studmavati” to discuss his identity as a poet and as a well-known community organizer based in Toronto.

Growing up, you always have that imposter syndrome because you have this idea of what a writer ought to be like. [Poetry] was something I didn’t necessarily want to identify with. I didn’t feel like I was well-read enough to take on writing in that way. So what I did for a year before I started sharing poetry publicly, I had an anonymous poetry account on Instagram. The moment you were aware [that] even one person you know, personally [has read your poetry] it shapes what your output is going to be.

Whether we realize it or not, everything we do on social media is intentional. I come from a very traditional Muslim family, even though that wasn’t the entirety of my identity. It wasn’t so much about trying to pretend to be anyone else, but just being comfortable with revealing more of yourself.

And so I said, okay, instead of writing in private, why don’t I just start sharing? My writings as part of my social media, it is a part of who I am. I think we can’t make progress until we can embrace all of that.

I think for me, what became a dual presence on social media was in my early years on Instagram, my reach was very much targeted at the queer brown community. On there, [they discovered me] because they were looking to connect with a queer brown person. They might not be necessarily interested in the writing, per se. I think my decision in those years was to be like, well, this is both me.

My initial writings were very macro level, these universal nuggets of positivity that you can sort of just kind of apply onto anyone. As the years have gone by, I’ve become more comfortable. Like, it’s okay to share that you’re broken, it’s okay to share something that might not have a wide-reaching appeal, but might be very uniquely just your story.

I had issues identifying with frankly—anything—I was very focused on wanting to sort of being mainstream and as neutral and as bland as I could. So liking anything was a challenge. Because I felt the less I identified with it, anything, the more I could be malleable to whatever I was required to be in a certain moment in that way.

No matter how much you pretend to not be anything, you’re going to be something. Maybe your truth, in the end, will just be that you were the person who tried very hard to be nothing. And that’s not a very satisfying thing to sort of be at the end of the day.

I grew up in South Africa, I went to college in Texas for a couple of years, came out of the closet, was shipped back to South Africa, and then we moved to Canada when I was about 24.

So I had this lust. Speaking—Hindi or Urdu with queer people—that was my fantasy when we moved to Toronto and I was fortunate to find those people. My close friends are all brown queers—Sri Lankan, Indian Pakistani—and so that was the biggest blessing for me.

During my college years, I was part of a not-for-profit called ASAP—the Alliance for South Asian Aids Prevention. So the sexual health organization had these support groups for queer and trans-identified brown [folks].

When the Haiti earthquakes happened, I was very sort of taken aback by all the effort that the gay [community] put into doing fundraisers for Haiti. Shortly after there were floods in Pakistan and about 20 million people were displaced, and there was radio silence. Understandably because Pakistan doesn’t have the greatest rep in queer circles. But that became that kind of critical juncture at which we thought, “Well, someone’s got to do something.”

We have access to these support groups, and we’re positioned in a South Asian not-for-profit. Why don’t we just put the word out, get a DJ and just do this one-time event. We raised $3,000. We thought we had done our civic duty and felt really good about it.

[Over time, it] kind of brewed to be like, why not just do this on the regular? So we had our first official Rangeela, the following pride in 2011. It’s the work we do with Rangeela. Nightlife has a certain connotation to it, and there’s this sort of association that you’re party people and whatnot. That’s something that I’m not ashamed of whatsoever.

I think it’s an important space and I’m very proud of being involved with it.

I was having a conversation with a close friend, the summer of 2018, and I said, “I don’t know why it is that people always just kind of perceive me to be a bit of a party boy.” And he said, “Well, have you looked at your social media? Like, it’s pictures of you partying all the time.” And I said, “but that’s not, that’s not necessarily who I am in real life.”

One of the unfortunate realities that we contend with as queer brown folks, that our straight counterparts never have to contend with, is the fact that there are just entire parts of our lives that — whether required or not — just end up being hidden away from family.

The compulsion to come out is fairly reductive in my opinion because it’s never linear. It’s never clean cut. It’s never like, I tell you and now life is whatever it is. No, it isn’t. There are evaluations at every stage.

Coming out is a negotiation in every relationship. You are evaluating how much you can bend something before it snaps. And then you evaluate whether you are okay with it snapping or you’re okay with just keeping a somewhat bent kind of thing.

This always brings me back to the Dan Savage quote, that when you come out of the closet, uh, your parents go into it.