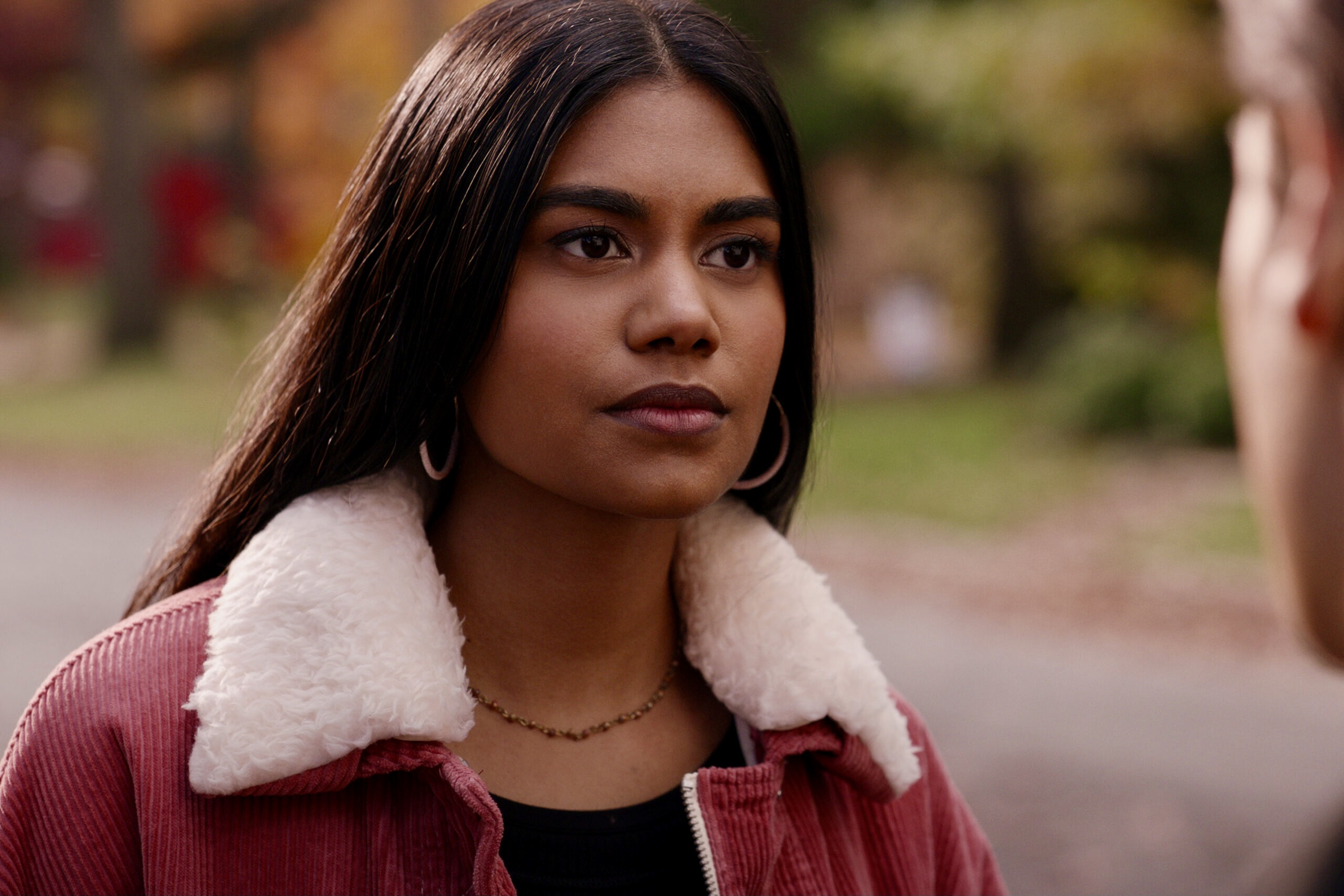 “I am a woman of color living in a world that is built for whiteness.” — Rebecca Ablack

I sat across from my laptop, listening intently as Rebbeca Ablack, who plays Padma on Netflix’s series, “Ginny and Georgia,” described her experience in the entertainment industry. She also shares the screen with her brother, Raymond Ablack, who plays Joe. Hailing from Scarborough, Ontario, they serve as a representation of a group often forgotten in mainstream media: Indo Caribbeans.

Growing up, many Indo-Caribbean girls searched for representation in media. From Bollywood portraying light-skinned actresses to Hollywood misrepresenting South Asians, the Indo-Caribbean identity was nonexistent.

Indo Caribbeans are a minority group within larger demographics such as the South Asian and West Indian communities. Underrepresentation has always been a topic of concern in minority communities. While watching the first moments of Padma’s introduction in “Ginny and Georgia,” I was surprised to see an Indo Caribbean actress on a Netflix show. Ablack is Indo Guyanese, and I immediately resonated with her character’s experiences.

Sitting down with Ablack, Brown Girl Magazine explores her journey in mainstream media.

Many Indo-Caribbean girls watching may see themselves as Padma. Why is representation important?

“Growing up, it felt like Indo Caribbean people were just not on television. The closest I came was watching Bollywood movies at my grandparents house. Brown people are not on television. But hopefully this is a step forward, and I can actually show little girls that we’re actually on TV. If we can do this, you can do this too. We can use our imagination, but it makes it a lot easier to see a face like yours on TV and know that it’s a possibility; I don’t even have to imagine it. It’s important to see ourselves represented in cultural roles too, but it’s also important to see ourselves represented in roles that aren’t race specific. We’re not just here for when they need an Indian person. You’d never see a casting call for an Indo Caribbean person, we are very rarely represented in the media and in the cultures of the world. We remain in this grey zone of Caribbean and Indian.”

What is it like being one of the first Indo-Caribbean women on Netflix?

“It feels surreal. A few of my favorite Indo Caribbean pages posted pictures of my brother and I. It’s one thing to have people reach out to you, but it’s another to be recognized by my own community. It’s also a little disappointing because there are so many Indo Caribbean creators that don’t get the hype that they deserve. Art, performance and music are a big part of Caribbean culture, so it doesn’t make sense. Indo Caribbean entertainers are out there, but the scripts that are written just don’t call for us. On the upside, we do have the power to create the content we want to see ourselves in.”

What was your experience auditioning for “Ginny & Georgia”?

“The character Padma, is very lightly based on one of Deborah Fisher’s best friends. The casting called for a South Asian actress, which was really exciting. The audition room was a group of women where it felt like, if I don’t get this one of these women will, so we win either way. I would be happy seeing them on television either way.”

The show touches on multiple forms of discrimination characters have faced. Do you resonate with any of these feelings or situations?

“The show does a really great job at writing these young characters that are trying to figure out race and sexuality. I resonated with the discussions between these characters that I had at that age. Being a woman of color with friends from different backgrounds, it’s important to learn from one another and our experiences. It’s impossible not to resonate with these characters because I am a woman of color living in a world that is built for whiteness.”

What was it like growing up in a Guyanese household and pursuing a career in acting?

“My parents are really supportive of any of me and my siblings’ pursuits. I’m sure in the back of their heads there was this worry of: how will this be possible since we don’t see ourselves in the media? But my parents watch and share everything that me and my siblings do, they actually really enjoyed the show.”

Have you experienced any cultural shock or differences in the industry?

“People don’t think we are fully Caribbean or South Asian, so it sometimes feels like we don’t fit in. Honestly, this industry is made for whiteness. Very early on in my career, there were instances where my friends and I were surrounded by people that did not know how to do our hair or makeup. That became one of my first indicators that I had to be more careful and more aware. People do not know how to work with us because they were not trained. As more people of color enter the industry, it forces them to learn. I do think people are becoming more educated and aware.”

What is some advice you would give to Indo Caribbeans looking to pursue a career in acting?

“I don’t think I have to tell Indo Caribbeans to work hard or any immigrants—it’s embedded in our culture. My biggest advice would be just do it and do not apologize for it. If you love to perform, act or sing, go for it and do not apologize. In Guyanese households, being a singer or actor may be looked at with skepticism. But don’t allow people, who may be coming from a place of love to scare you into thinking it’s impossible.”

As I listened to Ablack’s experiences in the entertainment industry, the actress meets a need for representation of Indo Caribbean women. One could argue that as a population who experienced multiple migrations from their homes, it becomes important to be rooted in a collective identity. Ablack serves as an important figure for this representation and identity for little girls. From Caribana in Canada to listening to Sundar popo with her parents, Ablack is opening doors for Indo Caribbean women in a non-traditional and predominantly white industry.

Head on over to Netflix to catch episodes of Ginny & Georgia.