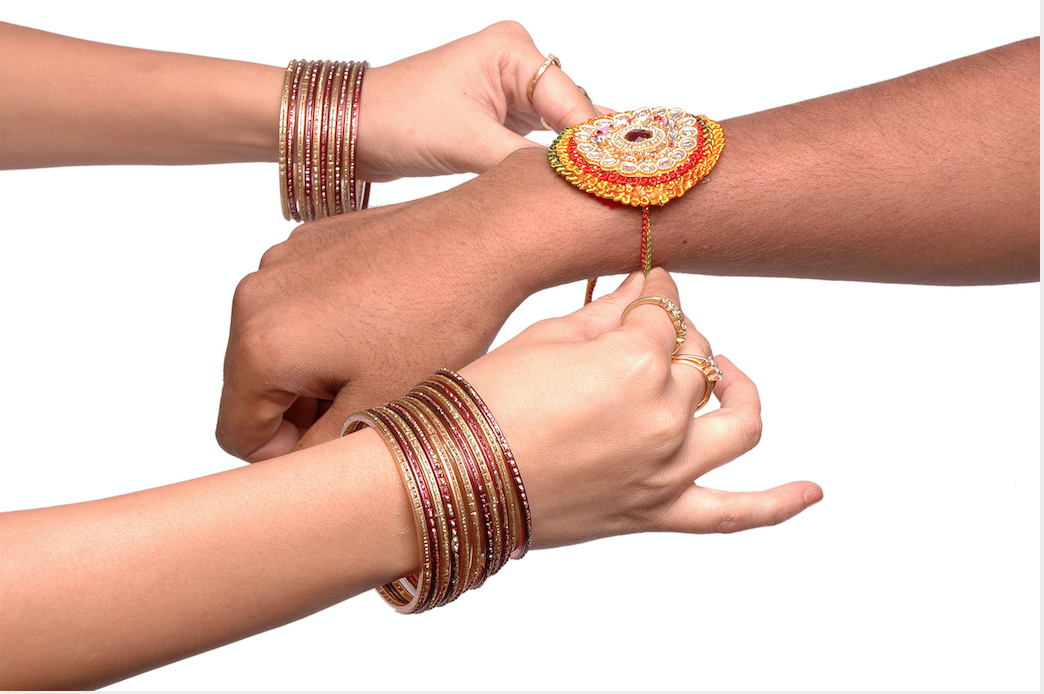 Photo by Suchandan Bhowmick via Shutterstock.com

Every year, around August, the streets of India become even more a riot of color than they usually are. In tiny fancy stores and malls, the rakhis come out on display; because you see, on the first full moon of the Hindu month of Shravana, Raksha Bandhan is celebrated across the Indian subcontinent.

This vibrant thread weaves together the diverse Indian peoples in a way few other things do because after all, in a country of a billion people, there cannot be many generalizations.

However, the one Indian constant is the presence of people. The one constant in my memories of childhood is an endless roster of grandparents and great uncles; of second cousins and those people we call aunty but don’t really know how we’re related to.

In this country at the head of the Indian Ocean, everything is about family.

Yes, this means there’s always someone to listen to you and that you never really have to face things alone, but conversely, there are few things more than family. Our lives begin with none but blood relatives, and in many cases, they are expected to end the same way.

Culturally, family is our way of life. Every festival is about family, or with family, or for family. Marriage is the union of two families and the birth of a child is a celebration of the beginning of a new family. Families are how we’ve survived for thousands of years now.

But usually, family is an unspoken subtext.

This is what makes Raksha Bandhan unique.

Raksha Bandhan is a Hindu festival, celebrated to honor the bond between brother and sister. Literally translated, Raksha Bandhan, means ‘a bond of protection.’

The festival doesn’t really have a traceable origin story, but historically, a sister ties an amulet — usually made of gorgeous red or gold thread and bedazzled to the high heavens — to her brother’s wrist as a symbol of protection and receives a gift in return.

[Read Related: On a Rainy day in Delhi, I Realized That not all men are Created Equal]

In the modern era of metropolitan India, the festival is more about celebrating the sibling relationship as a whole. But, still, it was never really a huge part of my childhood, because I didn’t have a sister.

I did, however, have a lot of friends who identify as women.

Indian popular culture has a very specific opinion about men-women friendships — in that it believes they cannot exist. Every Bollywood movie and its grandfather has a basic plot where ek ladka and ek ladki start off as friends, but the movie always ends in a wedding, because obviously, there was a latent romantic attraction that took an hour and at least two musical numbers to come to the fore.

The fact that so many men see “hints” where there are none might be because even modern movies like “Ae Dil Hai Mushkil” peddle the narrative that the only true culmination of male-female friendships is a romantic one. Look man, I’ll scream “Channa Mereya” at the top of my lungs every time I feel even slightly inconvenienced, but that entire scene from the movie makes me want to alt+F4 my memory cache.

If I had a rupee for every movie that peddled the ‘ladka aur ladki dost nahi reh sakte‘ narrative, I might actually be able to pay for the therapy I so absolutely need.

Our culture’s decree is that friendships between boys and girls cannot exist except as a precursor to something romantic. This belief combined with its complete ignorance of what real romantic relationships actually are means that every time 14-year-old boys talk to fourteen-year-old girls, other fourteen-year-old boys make horrible kissy sounds from the back of the class.

It is this deep desperation for the legitimisation of male-female friendships and the preservation of the innocence of those friendships, that has brought out another significance to Raksha Bandhan in today’s India.

Because the boys in my class would not stop and because the teachers at school kept giving us weird looks, my closest friend walked up to me one day in ninth grade, and in the middle of Sanskrit class, tied a pale blue cotton thread on my wrist. I gave her eclairs in return.

Do you want to hear the really sad part? It actually worked a little. People cooled off; teachers cooled off. We could talk again because we were now ‘sister and brother.’ Back then, we both laughed at the ingenious loophole we’d found. But, looking back, it’s a pretty bleak reality.

We’re 21 now, and I’m meeting her next week; because, yes, it started out weird, but it is now tradition (and an excuse for our mothers to talk). I haven’t picked out a gift yet, but I do hope the rakhi is silver. I haven’t got a silver rakhi yet.

She’s still not my sister, not by blood, but this is what Raksha Bandhan means to me. She’s one of my best friends. She calls me out during my bull-headed moods. She teases me about the stupid things I used to do in middle school. Family isn’t just about blood, and friendships aren’t as frivolous as many think.

It worked out pretty well for us. All we wanted to do was sit together at lunch and have fun. That little thread helped us do that. But that is not all a rakhi can be.

In many cases, what the rakhi has become is a way for women to say “no” that men apparently listen to. It’s a staple and socially sanctioned way to ensure a relationship stays platonic. As if to say, “You’re my anna now, so you can’t hurt me,” “You’re my brother now, so you have to protect me.”

Because family protects; and here, in this country at the head of the Indian Ocean, everything is about family.

Pranav is a 21-year-old, Singapore born South Indian, who grew up under the gulmohurs and traffic jams of Bangalore. An amateur writer, poet and a full-time myth and culture enthusiast, Pranav writes short stories and poems and has a storytelling podcast. Pranav is now in his third year of medical school and hopes to become the kind of doctor he wishes he'd had as a child.