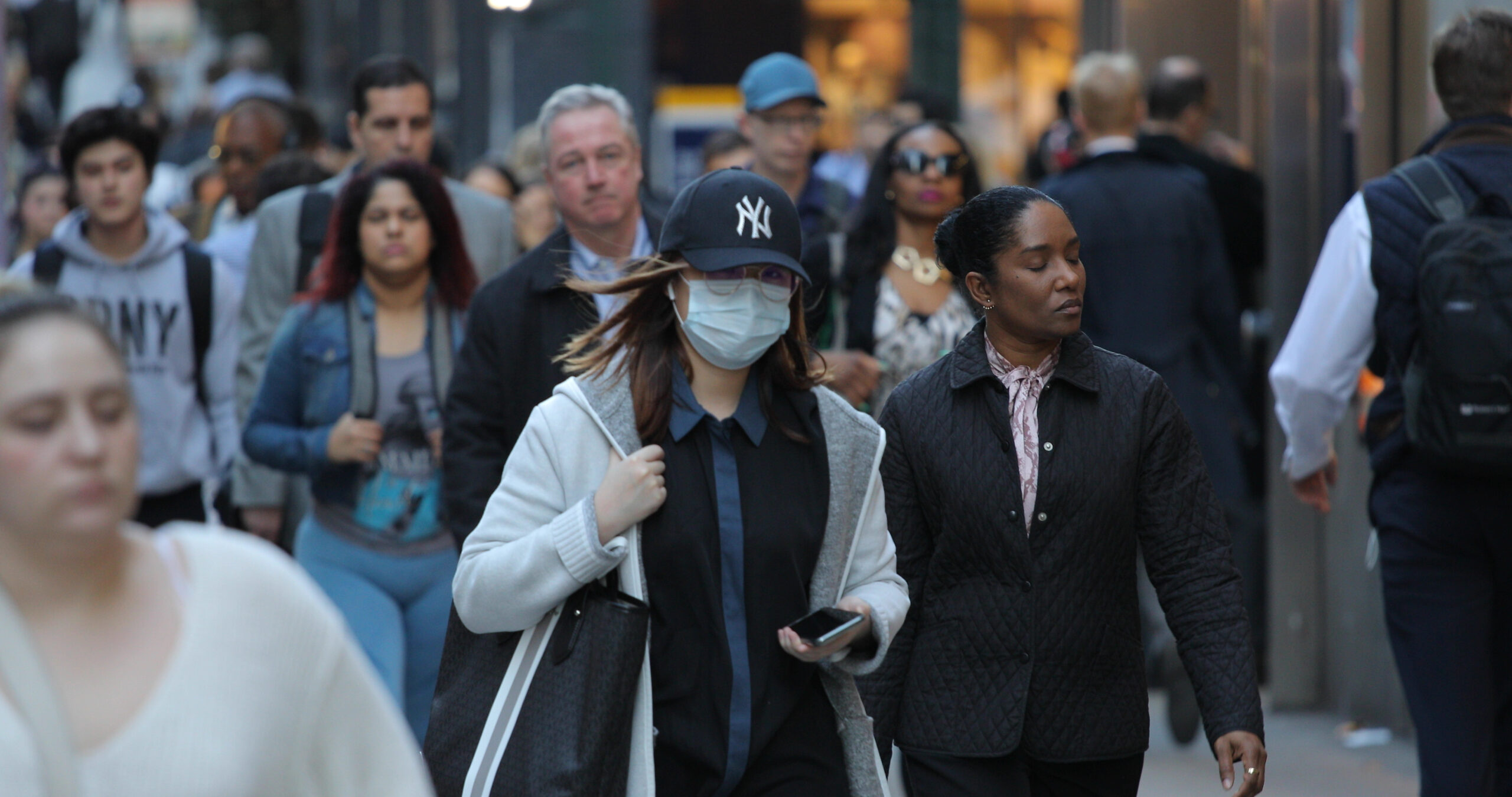 Photo by:  blvdone via Shutterstock

I stand fully vaccinated and mask-less on a hot summer day in a never-ending line at Trader Joe’s in the heart of New York. I complain about the self-service counter not working because there is an ice cream truck outside and I want to get myself a cone before meeting my friends for drinks. As the line moved painstakingly slowly, I decided now would be the best time to call my parents back home in India and check-in.

After the general COVID-19 case updates, I ask my mother to give the phone to my father so I speak to him. Our conversation was the following:

“Oh Dad’s asleep, he is super tired. His friend’s father passed away last night. He spent the entire night in the most excruciating line at the crematory.”

“What do you mean by line at the crematory?”

“The death toll is so high that most of the crematories just don’t have space for families to perform their rituals for last rites. So there is literally a queue of people waiting, they each get 15 mins to say their goodbyes so that it moves along quickly but there just so many people that it takes a few hours of waiting to just get inside”

Fireworks lit up New York on July 15, 2021 as New Yorkers celebrated the reopening of the city. The same day, The New York Times reported that 460 people died of COVID-19 in America and 13,884 people died globally.

That day New York Governor Andrew Cuomo said: “What New York has done is extraordinary. Not only do we have the lowest COVID-19 positivity rate in the United States of America, we have hit 70 percent vaccination ahead of schedule. We successfully deployed the weapon that will win the war, and New York led the nation.”

There is absolutely nothing wrong with celebrating the fact that 70% of New York has got their first vaccination dose. It is also great to be honoring our healthcare professionals who have been risking their own lives and working tirelessly towards making our streets safe and COVID-19 free. However, to say that “we deployed the weapon that will win the war, and New York led the nation” is extremely insensitive and problematic. Let’s not forget that while things might be reopening for us in New York, many parts of the world are still bleeding.

Since the beginning of the pandemic, the use of war metaphors is ubiquitous. While it seems like this comparison forms a sense of ‘unity between a community to ‘fight’ the virus together, it instead blurs the lines between morality and urgency. The government is using our ‘false sense of unity in order to propagate their ideologies by making it seem like it is for the ‘greater good’ and ‘safety for all’.

There are plenty of reasons why we should not be comparing the pandemic to a war.

Creating the narrative that we are at war, forces people to take on certain roles. The enemy becomes the virus, our healthcare workers become soldiers and the rest of us sitting at home become civilians. While this narrative forces people to take the pandemic seriously and become diligent about following guidelines, it also gives the government and politicians the ability to withdraw themselves from accountability for their policies. They make it seem like their short-term decisions are absolutely imperative and urgent for that particular moment. People are more likely to ignore these policies without realizing the long-term repercussions. It becomes easy to place the blame of systemic issues on the “enemy” (a virus) over the government. Furthermore, the large death toll of the country is misguidedly compared to “collateral damage”. Many politicians talk about how our healthcare workers are “fighting” for us on the “battleground” except there is no battleground and they should not be fighting.–workers are not soldiers and should not be dying. Using military jargon in everyday life normalizes the violence, hate crimes and death toll in the country.

When COVID-19 was first detected in America, BBC reported that former President Donald Trump spoke at the Oval Office.

During which he said:

“We went through the worst attack we’ve ever had on our country, this is the worst attack we’ve ever had. This is worse than Pearl Harbor, this is worse than the World Trade Center. There’s never been an attack like this. I view the invisible enemy [coronavirus] as a war,” he said. “I don’t like how it got here, because it could have been stopped, but no, I view the invisible enemy like a war.”

When the most powerful man in the United States decides to declare the pandemic as a war, it fosters the element of hating the “enemy”. It creates the narrative that the United States is under “attack” and that we must do anything to protect ourselves. And in this case, since the virus was first detected in China, many people projected their frustration of the illness as hate crimes against Asians.

NPR reported that hate crimes against Asian Americans in 16 cities rose by 150% in 2020, a recent report from the Center for the Study of Hate and Extremism at California State University, San Bernardino revealed. These incidents range from violent attacks and verbal abuse to the vandalization of Asian-owned businesses. While many politicians directly or indirectly resorted to fostering anti-Asian speech during this period of time, Trump went as far as to call it the “China Plague”.

A New Form of Nationalism

There are two sides to a War and so the “us vs them” account largely dictates people’s attitude towards the pandemic. When one claims that the United States is under “attack”, it sprouts the feeling of “my country first”. It fosters toxic nationalism within citizens where they are more concerned about being the “winner” rather than the health and wellness of people.

While there is a large sense of competition between countries, there now exists a strange competition within the country itself. Cuomo said it himself: “We successfully deployed the weapon that will win the war, and New York led the nation”.

What are we achieving by pitting states against each other?

Overall, the fact remains that globally, COVID-19 has caused millions of deaths. Additionally, the pandemic has caused unemployment, starvation, poverty and mental illnesses. While the respiratory illness itself is responsible for the initial attack against humanity. People across the world experienced pain, anxiety and heartbreak and nobody or city or country has come out a “winner” because of it. The people who died during the pandemic did not “do it for their country”, nor were they “collateral damage”- they were living, breathing humans.

COVID-19 is a respiratory illness in humans that spreads quickly. Humans. Not just Americans. The pandemic has caused more than 7 million deaths globally, each of which was tragic. Many could have even been avoided. The victims of this pandemic have been humans, not collateral damage.

Saniya Mirwani is a filmmaker based between New York and Mumbai. She works as a Production Associate at honto88. She most recently directed a short film called Any Given Night, a thriller comedy based on women's safety on college campuses.  Saniya believes that filmmaking is a medium of social change and is determined to create content that is inclusive and socially positive.