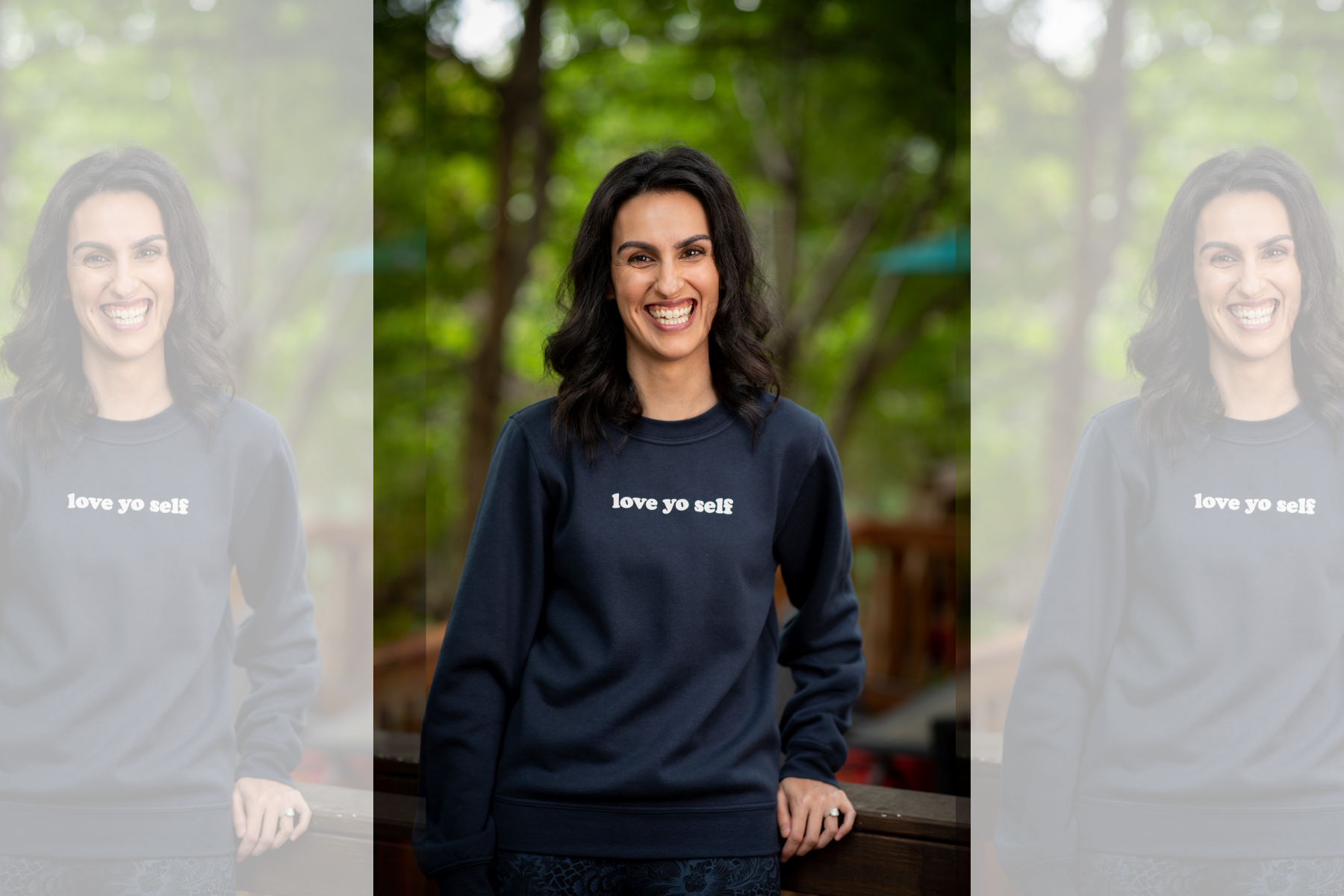 As a South Asian Muslim woman, I was raised to understand that discussing sexual health, spirituality, and taboos is not allowed. You are not to think about it and you better not talk about it.

Fast forward to adulthood, and we are suddenly expected to be experts, especially women. Ironically, even post-marriage, the emotional, physical and sexual health of your relationship piques nobody’s interest, but your reproducing ability is everyone’s business. Many South Asians may want to brush it under the carpet now, out of “respect”, but our sexual perspectives have largely been shaped by glorified scenes in movies, certain novels and inaccurate information passed from one friend to the other.

In a study conducted in Jordan, 50% of young Muslim women experienced shock when they first began menstruating. Given that menstruation is a vital part of a woman’s bodily functions for a major chunk of her life, the sheer lack of awareness was surprising in and of  itself.

In another glaring observation, Muslim countries, including Pakistan and Egypt, repeatedly rank in the top 10 list for the most porn-searching countries. So much for the sheltering, secrecy and shame. Imagine my surprise then when I came across ‘Sexual Health for Muslims’ – a platform focused on sexual education to Muslims grounded in spirituality. Founder Sameera Qureshi describes it as a “culmination of learnings and professional development after 12 years”.

“I started this work in Islamic schools in Calgary, Canada; working professionally to develop a sexual and mental health curriculum for Muslims. I developed that out of a need; seeing that there were a lot of gaps in what Muslims needed and what was available to them,” Qureshi explains her bold choice of career, in a rather conservative community, while chatting with Brown Girl.

“I was mentored by people who were professionals in the field and who helped me figure out how can you learn about your tradition, your faith and integrate that into sex education,” she adds. “I’ve seen the gaps and realized that Muslims need to be able to talk about sexual health and learn about it like any other aspect of human life. So with Sexual Health for Muslims, it’s really about centering our identity as God-conscious individuals and realizing that the more we learn about ourselves including our sexual health, the closer we come to understand that God created us in a specific way and that includes our sexual health.”

For anyone who maybe feeling a little uncomfortable already, sexual health doesn’t only mean the act of sexual intercourse. Embracing your sexuality, your sexual rights, your sexual well-being, reproduction, disease prevention and body image all come under sexual health. I say uncomfortable because despite all that it may include, just the fact that it starts with S-E-X makes it all the more “shameful” and “impermissible” to even say.

Mainly because the consequences of having an open and fluid sexual conversation can be both drastic and dramatic in South Asian and Muslim communities. From discerning gazes and character assassinations, to violent oppression and ostracization, the long standing stigma surrounding sex and sexuality comes with its own set of social implications. You are either celebrated and exemplified for upholding traditions or cornered for being deviant.

This stigma is the result of an unsaid moral code that Muslims and South Asians, at large, are expected to abide by. Generations and generations have been raised in prohibitive settings and expected to be carriers of honor and shame for their families. Individuals are meant to pass on the mantle to the next generation whilst maintaining the dignity of the entire clan. It is why immigrant parents, for example, may particularly resort to very rigid, moralistic upbringing to ensure that their children hold onto these religious and cultural values in an environment so foreign to them.

However, not teaching them the how and why of the situation and relying heavily on fear-based education cultivates an endless cycle of intergenerational shame, “a deep feeling of unworthiness as an individual”, and in terms of sex and sexual health, finding it “dirty, wrong and unnatural”.

“Kids, for instance, have very innocent minds, they are not hyper-sexualized. If you are not teaching them from the right perspectives, they are going to learn from the internet or turn to explicit content they don’t have the language to understand. They are then internalizing what they see to be true,” Qureshi stresses. “As they grow up and are going through puberty, there is a lot of pressure that kids have and they want to be taking risks with their online behavior and some of those risks are sexualized.”

Limited sex education and extensive shaming can also impact a child’s notions and awareness regarding abuse and consent. Of course, as Qureshi emphasized during our chat, the onus is not on the child; “the burden and responsibility of abuse and harm cannot be put on their small shoulders”.

“It is unfair and unrealistic…we have to also realize that children are vulnerable by nature of being children. There’s no guarantee that their survival system (i.e. fight or flight response) will be activated if an adult they know tries to harm them,” Qureshi emphasizes.

Discussing sexual health, spirituality and taboos can also be an important and preventative tool for child sexual abuse, because it arms children with understanding, knowledge and most importantly language to communicate and set boundaries. But just by being open and responsive to conversation, we can teach young kids about their bodies, consent, the right touch, about what to do when in harm’s way and more importantly, about not being afraid or shameful of expressing their discomfort.

“It’s important for children to learn, from a young age, that their body was created by God and it is sacred. This means that we have a responsibility to take care of our bodies and to check in with our spirit and soul, to ensure that we are acting in ways that feel authentic to who we are,” Qureshi continues.

“Children learning about ALL of their body parts reinforces this sacredness, and takes away any shame, guilt, or discomfort when it comes to their sexual health. Kids often learn about physical boundaries and respecting other people’s bodies early on. Teaching kids about consent regarding physical affection – from other kids and adults – is important for them to trust their instinct and have their feelings respected if they don’t want a hug or kiss from a relative they barely know, for example.”

[Read Related: My Platonic Marriage and What it Means for our Relationship]

Disappointing as it is, for many Muslim and South Asian women, the notion of consent has no bearing, even as conscious adults. As a South Asian Muslim woman myself, I was raised to be the torchbearer of repressive familial values, traditions and obligations. Now, I am often reminded of my duty and loyalty to my husband, be it through subtle insinuations or as part of a larger discourse. To put it simply, as a woman we are meant to be compliant while the man must always be in control.

Our patriarchal cultural structure privileges men over women. And even within the bounds of what is allowed and acceptable, women are not entitled to enjoy sexual freedom. They must serve and fulfill without challenge or condition. In short, sexual equality does not exist. It is perhaps why many Muslim, South Asian women forever sulk in silence over sexual health issues and those pertaining to spousal relations. And also why instances of marital rape are left within the confines of the bedroom and taken to the grave. But I’ve wondered if this lack of sexual equality is a consequence of our deeply puritanical and patriarchal culture? And in fact has no grounding in spirituality whatsoever?

“[But] interestingly in Islam, sexual intimacy in marriage cannot contradict the sunnah of marriage [that rests on the values] of mutuality, compassion, respect. So conversations around how I can help my wife’s sexual desires need to happen,” Qureshi clarifies. “Sexual intimacy in marriage is one of the highest forms of spiritual worship of God. So if you are then using sex to oppress your spouse, you are actually contradicting the spiritual bond of marriage.”

It’s safe to say then that denying this crucial knowledge and sticking to extensive sheltering techniques is likely to be counter-productive. But changing age-old perceptions, deeply rooted in fear and driven by the notions of shame and honor, is no easy task and can easily offend people, making them very uncomfortable very quickly. On this journey however, Qureshi has established that “as a facilitator”, she is there to help people reconcile with their faith but “not hold anyone’s discomfort or shame”.

It’s a tough road to be on but an equally important one to take. Muslim men and women, particularly from South Asia, need to understand and accept the difference between imagined and assumed limitations, and those that actually exist. Instead of relying on religious dogmatism and then addressing the human mind’s inquisitiveness through coercive and pervasive means, it is best to engage in much-needed discourse and seek through knowledge.

It’s why we need to begin discussing sexual health, spirituality and taboos from an early age. Like Qureshi said, “there is a reason God created us the way He did, and we need to take note of that and realize that we can have these conversations, and if need be, there are professionals out there who can help us.”