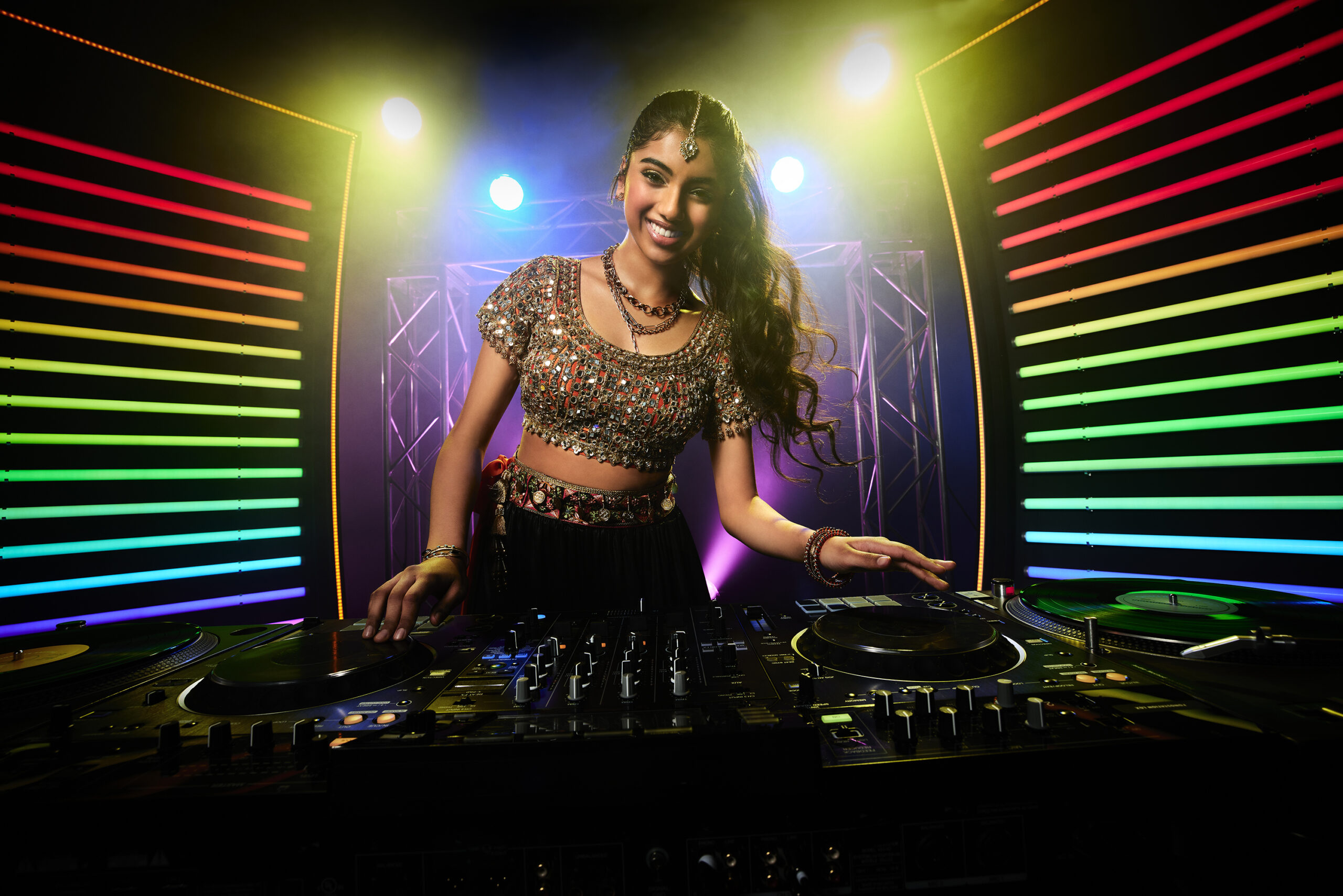 The new Disney Channel Original Movie, “Spin”, just premiered this past weekend, and it has already made history for being the first DCOM to feature an Indian-American family as its main leads. The film follows Rhea – played by Avantika – a young teen who discovers her love for DJ-ing. Along the way she must figure out how to juggle her responsibilities at home with her father’s restaurant and keeping up with her passion, which directly connects her to her late mother’s history.

The film not only features amazing South Asian characters, but boasts great performances from Avantika, Meera Syal (who plays Rhea’s grandmother), Aryan Simhadri (who plays Rhea’s brother Rohan), and Bollywood actor – and a BG favorite – Abhay Diol as Rhea’s father. “Spin” is directed by Manjari Makijany who has already given us another film chock full of South Asian representation earlier this year with “Skater Girl.”

I had the chance to speak with Avantika about her amazing character, the fact that “Spin” does not feature the stereotypical cliches we have seen in many past South Asian-centric stories and characters, and what it feels like to be part of the Disney Channel Original Movie family.

“Spin” and Avantika’s awesome performance are available to stream anytime on DisneyNow. We can’t wait to see where her career goes next. Sky’s the limit!