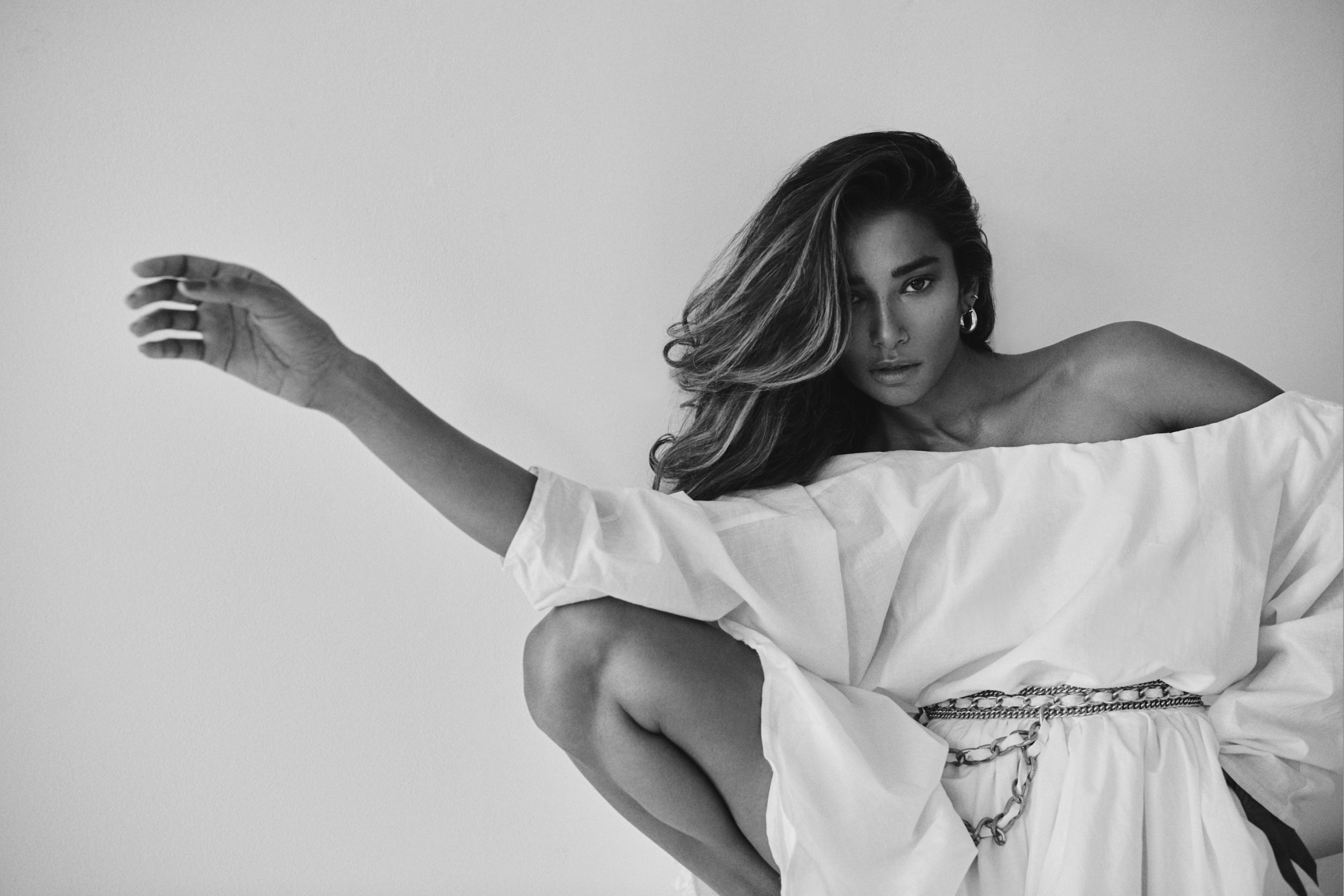 This year’s Cannes Film Festival in July did not feature its regular dose of Bollywood glamour. But, actor and international model Nidhi Sunil single-handedly pulled out all the stops with her head-turning red carpet debut. Being a fashion icon, though, is only just one element of Sunil’s strong identity. She is also a philanthropist and a staunch social activist.

As a woman of colour, Nidhi Sunil faced a considerable number of barriers and discrimination at the beginning of her career, more so, unfortunately, in her own country, India. But she never imagined that these inequitable experiences would eventually draw her towards becoming a voice for social justice and activism.

In an interview with Brown Girl Magazine, Sunil describes how social justice and advocacy were not quite an intentional choice in the path she had set out for. Sunil’s story was as simple as being denied opportunities and then sharing her experiences in response. But, sharing her personal struggles opened the floodgates to numerous other narratives about unfair standards and practices of the beauty and film industries in India.

The outlet Sunil created for these stories to be heard and validated was powerful and still stands as she continues to challenge norms with her work. Today, we are celebrating a win for representation within the South Asian community and beyond as Sunil takes on her role as the global ambassador for L’oreal Paris — a first for an Indian model.

Thanks for taking out the time to share your story with Brown Girl Magazine. Can you tell us how you got this opportunity to become a global spokesperson for L’Oreal Paris?

While I’m not certain on what the process of choosing the spokesperson looks like, I would have to say my advocacy work and work with Invisible Girl Project must have been a part of the conversation. Invisible Girl and its work addressing gendercide in India, my modelling career, and the way my identity and experiences can contribute to the ongoing conversation of diversity and representation could have also supported the offer for spokesperson. Almost a decade ago, I began trying to enter the Indian film industry in Mumbai as a model and actress. While continuously seeking out opportunities for roles, I realised there were hints to the colour of my skin being a barrier.

How did your journey of advocacy begin? When did you know you wanted to become a social justice activist?

I didn’t choose the role. It sort of came to me. I wasn’t trying to become a social justice advocate, I was trying to work and while doing so I faced discrimination and gatekeepers. Opportunities, even in Mumbai, were not available [simply] because of the colour of my skin or the way I looked. It may not have been what brands in India believed would sell products. There is a standard of beauty in India that recognises fairer skin. I realised I had to just talk about this. Not because I wanted to start a revolution, but because I simply wanted to share my experiences.

Hearing questions as to whether it was worth the time, energy, and money it would cost when there’s no guarantee of becoming a recognised house name because of my skin colour was baffling. While everyone in the modelling, acting, and beauty industry knew colourism was a barrier, no one really talked about it. I never meant to become an advocate for social justice, I was just trying to share my experiences frankly. You don’t start off trying to be the catalyst for change, you’re just honest about your experience and then other people can relate and understand how it feels.’

How do you define social justice? How has the definition/viewpoint changed for you since starting your advocacy work?

The more you grow as a professional in the industry, not just as a model, you become privy to all the aspects that go into a production. When I started off, I wasn’t intentional about social justice but now as I’ve grown professionally and personally, I’ve become more intentional about the message I’m delivering because it’s not just about me anymore. There’s a million people who feel the same way and don’t feel represented or understood. It’s hard to describe or define social justice because it’s grown with me as a person. I think right now as it stands, social justice equals producing more equal opportunities. I was denied opportunities as I pursued them, and I’ve realised barriers can be structural and a major construct.

How do you choose the initiatives you want to associate with and what guides and influences the advocacy strategies you utilize?

When I was introduced to the founder of Invisible Girl and learned more about their vision and mission, something just hit home for me. We all know what gendercide is and the ongoing practices in India. People walk around pretending it doesn’t happen or that society is progressive and inclusive. But it’s because of this practice, it’s illegal in India to find out what gender your unborn child could be. When I moved to America, I didn’t know about baby showers and gender reveals because they don’t happen in India. Gendercide was very similar in energy to why I wanted to advocate for colourism. Invisible Girl is based in Chennai and has the same idea of empowering women and being strong for women.

I’ve been working with the Invisible Girl Project since 2017, but the strategies or initiatives I implement in terms of my individual advocacy work are all me. While I’m not on the ground with the staff there, I try to write articles and express my opinions, or find opportunities to get involved. It would be nice to be able to materialise more opportunities to make actions more operational.

What were some of the milestone moments in your career between your job and advocacy work that confirmed you were going in the right direction?

The first milestone was when Elle India chose me and another individual to be on the cover of the magazine. Following that, there were more opportunities with publications in India like Vogue and Bazaar. Adjacent to the colour of your skin, when you’re a fashion model you’re also ‘required’ to have a certain body type. I have an hourglass shaped body and I’m 5’7″ — and the industry is so specific on meeting this minute criteria. And, even if your body meets the ‘criteria,’ the industry might not like your face, hair, etc. That’s why Elle and Couture were such milestones because I was even told I couldn’t walk the runway during Fashion Week because I wasn’t tall enough. And then of course being able to work in New York, Paris, and London and having signed this contract with L’Oreal.

Do you feel like your modeling career has lent you greater privilege or a status that you can now utilize to enact change on the issues of social justice that you continue to target?

I think so, but I think I have a larger loudspeaker — I definitely think I have more people listening to what I say. I can’t compute how that translates into more opportunities for people which is what I want. Unless I become a person who creates opportunities and puts people in those jobs or roles, I won’t know how I’ve changed things for other people. However, before I worked in Bombay there weren’t any agencies representing South Indian girls. After I became successful, agencies realised that South Indian individuals could have the opportunity to excel. I like to think I was somewhat a catalyst for South Indian girls to be represented in Bombay. When I started in 2011, there was a whole market for girls from Brazil, South Africa, etc. because they were tall and fair-skinned.

Are there any mentors that have supported you in your journey? How do you feel your professional network has helped you further yourself, both personally and professionally?

Some of my managers have offered mentorship especially at the beginning. Once they realised who I was as a person, I had a mind to put to work. Some of the photographers were also a part of this. I appreciated those who loved creating content and wanted to work with me, because we could combine our energies in front of the camera which is what I loved about being a model. There were many photographers who would support and push me forward to create content with connections in their network. This is how unique opportunities and experiences grew as photographers and close supporters mentored my journey and helped me grow personally and professionally. I’ve learned so much from the people in my network about building confidence and belief in myself, especially when pushing the limits on what’s possible. You can walk into a room and go unnoticed or you can walk into a room with the intention of being noticed, things like this have been some of the more strategic lessons I’ve learned from my network.

Sunil is well aware of the platform and audience she’s gained from her modeling career, and through her current role with Loreal, she hopes to have a bigger impact on longstanding issues of colourism and gendercide in India. Moving forward, Sunil hopes to create opportunities and roles for others who share her passion for a greater level of change. Sunil mentioned that although there is not yet a clear linear relationship between her work and level of positive impact on barriers of colourism, she’s been told that there are now far more opportunities for individuals who look like her to enter the cinema industry in Mumbai versus when she first arrived a decade ago.

There may be an absent correlation between Sunil’s work and change, but one fact remains true — she is a powerful catalyst for change in the battle against colourism and gendercide that continue to plague the South Asian community.

Wear it, Shoot it, Return it: VybeRent’s Seamless Way to a Wardrobe Refresh Every Time

The 8 Commandments Everyone Should Follow for Perfect Nail Health