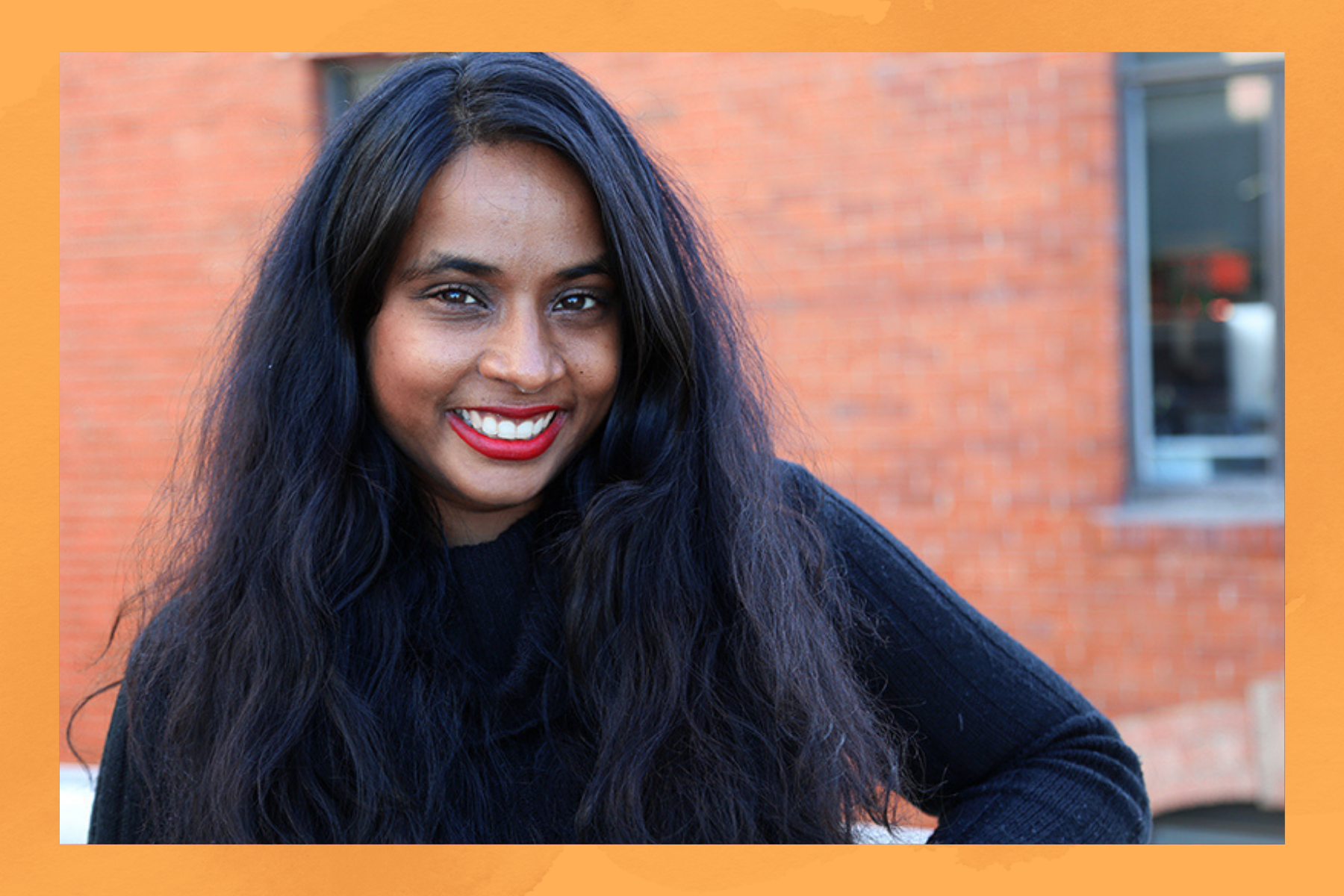 As an Indo Caribbean woman whose parents migrated from Guyana, I was unfamiliar with the concept of the caste system. I remember being taught in school that the caste system in India dated back centuries and was something remembered only in history books. When I first heard the term “anti-caste organizing,” I understood the terms “anti-caste” and “organizing” as two separate concepts.

As a community organizer, I knew that I needed to seek out education on the topic and that it would bring a lens that was missing from my own organizing. I sat down with Selvi Rajan, an Indian woman who is a product engineer at Organiz and anti-caste organizer. Organiz is a social media platform that helps organizers work with allies to counter misinformation campaigns that aren’t filtered on social media. We delved into the impact of the caste system on South Asians in America and the digital tools she is creating to combat it.

“Caste is a structure of oppression that affects over 1 billion people across the world. It’s [a] generational and hierarchical structure that benefits those at the top at the expense of those on the bottom. It is a system of religiously codified exclusion that was established in Hindu scripture.

Casteism is comparable to classism. It’s not the same as racism and white supremacy, but there are strong correlations in keeping certain groups oppressed. The Indian caste system is considered a closed system of stratification, which means that a person’s social status is obligated to the caste they were born into. There is a particular lens one has to look through when it comes to anti-caste organizing: the lens has to include race, class and gender. I was born Dalit. Dalit is considered the ‘lowest caste’ or commonly referred to as ‘untouchables.’”

“Organiz is a social media platform that amplifies impact design with collaboration and coalitions in mind. At the center of this tool is empowering directly impacted people to tell their stories and experiences. Effective social media campaigns like Twitterstorms are still a manual process. Organiz is a single platform that simplifies the process of planning, recruiting and nurturing online communities of activists and has revolutionary potential for digital organizing by allowing entire communities to schedule tweets. Unlike other tools meant for small internal teams or individuals, the innovation is in community collaboration.”

Why did you become an anti-caste organizer?

“My family came to the United States to escape caste-based violence. Like so many, my parents wanted more opportunities for their daughters, but traveling across the world could not distance them from the unspoken markers of caste [that] showed [their faces] in everything — from worship and to even the way we eat.

There are politics around eating beef and meat because diets are different depending on which caste one belongs to, and meat-eaters are marked as being Dalit. I recognize that coming to the U.S. is a privilege that most other Dalits don’t have, so people assume I am from a higher caste. I realized how prominent caste was in my everyday life exacerbated by racism, classism and white supremacy. I knew that the caste-based violence we tried to leave behind in India followed us to American soil. For example I had a roommate that was brahmin that had a rule: absolutely no meat can be cooked in her cooking vessels. She was very firm about this, and would not let eggs to be cooked in her pots. In New Jersey, a temple was accused of using Dalits in forced labor to build a temple. Because casteism followed us here, we had to always hide our identity from other Indians and were hypersensitive about being in the presence of other Indians.”

How has your work in tech allowed you to fight casteism?

“I needed to do something to intercept casteism in order to mitigate the harm it causes and because I knew that caste is here to stay unless we fight it. As an anti-caste organizer, there is a deep need to educate and correct the narrative about the top-bottom exclusionary rank system responsible for so much discrimination here in the United States and India. I would find myself going head-to-head with activated troll farms that attack activists online and work to spread disinformation, which quickly led to burnout and frustration trying to get messages out digitally.

I found myself spending lots of time putting together social media toolkits and getting friends and other activists to join in to amplify the messages in order to move folks to take action as well as bring in new people into the movement. I quickly realized that my time and energy struggled to yield the substantial results needed to move the campaign because messages got lost in the black hole that is social media.

In my opinion, the current Indian government came to power because of false information and troll farms whose strategy is to get disinformation trending, and we saw the same strategy here in the U.S. in 2016. I knew that technology can help us move through some of the obstacles that hinder digital organizing and prevent a larger social media presence, and so Organiz was born.”

What can individuals do to fight casteism?

“Educate yourself. This means understanding the history of the caste system and where it’s rooted. There are books, articles, artists and thought leaders folks can follow. Get involved and take action with anti-caste organizations such as Equality Labs.”

How can one reconcile coming from a privileged caste?

“By letting go or questioning basic assumptions of what you’ve been taught. Understanding and having a caste analysis on how it harms, or on the harms it causes will equip you to address and stop that harm.”

How should society end casteism?

“The first step is talking about it, how it relates to racism and white supremacy. Get past the denial of its existence and understand that so much of casteism is comparable to racism and works together to oppress people. Caste often has barely-visible markers that give it away, but occasionally it will show its face boldly in pop culture and even fashion. Casteism even made an appearance in the 2021 Olympics. Two upper-caste men hurled abuses at field hockey player Vandana Katariya’s family, and said the team lost because it had ‘too many Dalit players.'”

How does anti-caste organizing influence your worldview on other issues like racism?

“Casteism and racism are not necessarily independent of each other. They work together, and so we must look at things from an intersectional lens. Let me tell you a true story that is an example of these two issues at an intersection. In the winter of 1959 Martin Luther King Jr. and his wife, Coretta Lynn, landed in India. At one point during their trip, King and his wife journeyed to the city of Trivandrum to visit with high school students whose families had been untouchables. The principal made the introduction introducing Martin Luther King Jr. as a ‘fellow untouchable.’”

As casteism continues to be a major influence in South Asian communities across the diaspora, Rajan’s purpose is to challenge, disrupt and eradicate the archetypal system. Changing power dynamics and fighting against India’s caste system is one step on a path toward equality and liberation. To learn more about Rajan’s work visit organiz.org.

Please note the author was introduced to Rajan through her own work with Organiz.

Amanda Khan is a first generation daughter of immigrants from Guyana and she is coming for everything her family crossed that border for. Amanda is a community organizer living in Las Vegas where she fights for social, racial and economic justice for her community. Amanda is a food entrepreneur and created her own local food business dedicated to preserving her Indo-Guyanese history and culture. She has a blog where she writes about curry, aunties, chai, and her family, all with a political flare. You can follow Amanda’s blog at misskhanmpls.com and follow her on Twitter: @amandakhan310 IG: @MissKhanEats