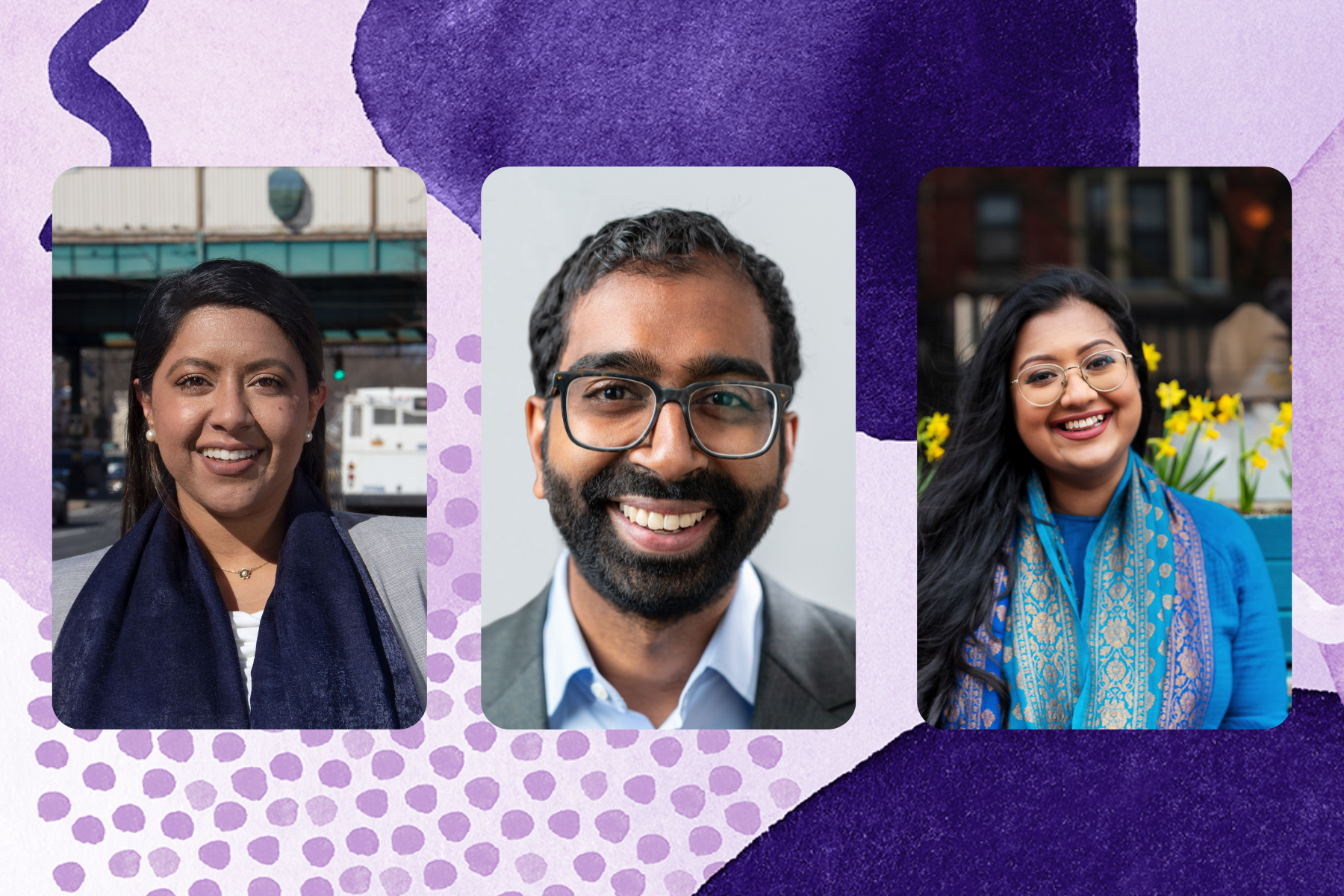 We did it, folks: The year is 2021 and New York City demonstrated time and again that we are ready for fresh faces, progressive policies, and a range of candidates representing diverse demographics and interests.

On the docket, we have Felicia Singh (District 32 – Queens), Shahana Hanif (District 39 – Brooklyn) and Shekar Krishnan (District 25 – Queens). These three South Asian candidates each ran successful campaigns, culminating in a win not only for their district constituents but for the many New Yorkers whose interests will now be backed by city officials.

We spoke to all three council candidates in order to learn more about what spurred them to run, the truth about the campaign trail, and what lies ahead in the November elections.

A post shared by Felicia Singh for City Council (@feliciasingh2021)

“My motivation to run for City Council comes right from home.

I am the proud daughter of two working-class immigrants: My dad is a taxi driver from Punjab, and my mom is a school bus matron from Guyana. My family and I nearly lost our home during the primary – in November of 2019, he filed for bankruptcy because he could no longer manage to pay the bloated taxi medallion loan, surcharges, insurance, gas, and repairs on what he was earning as a taxi driver on top of other necessary bills.

My life’s work has been serving and empowering the people around me, and bringing about real change by addressing the root and systemic causes of issues facing our communities. Our immigrant populations helped build this city and they keep it going, but investing and caring for our communities has never been centered. We can see from the census data that we have the numbers to build political power and hold electeds responsible.

I believe that the impact of the incoming city council members like me will be prioritizing the working-class and immigrants by making processes more accessible, including language services. When we uplift the folks that need the most help, everyone will benefit.

We can transform our communities by investing in all of them, and for many years, parts of the district have been neglected. We all deserve the opportunity to live dignified lives here in Queens.”

“At 17, I was diagnosed with Lupus, and my immigrant family, not having the English proficiency to navigate a broken healthcare system, was left at the mercy of an uncaring bureaucracy as I fought for my life. Since my diagnosis, I have not stopped fighting for healthcare for all, an accessible transit system, and language justice.

I decided to run for City Council because I want to ensure the communities often excluded from the conversation have a voice at the table. With this city being home to the largest Muslim and Bangladeshi diaspora in the US, our win marks a historic moment in our City for Muslims and Bangladeshis everywhere.

When COVID hit, my entire campaign changed. My team and I raised over $40,000 in survival funds to support undocumented folks in our district. I organized as our city failed to defund the police despite widespread protest from community members. I talked and listened to immigrant families who were excluded from the Department of Education’s planning around school reopenings, closings, and hybrid learning. My entire education platform shifted to acknowledge these radical changes in our society.

Language inaccessibility is often a barrier that prevents communities of color and immigrants from fully participating in the political process. Policy should not be written for community members, but with community members. This does not just mean putting language through Google Translate — but centering native speakers in translation.”

The top three priorities on Hanif’s platform are housing equality, education equity, and defunding the NYPD.

“Our community of Jackson Heights and Elmhurst is the epicenter of the COVID-19 pandemic.

It is no accident.

It is the result of decades of disinvestment in our community. COVID didn’t create these inequities; they exacerbated them, revealing the extent to which NYC neighborhoods like mine need massive investment in our social infrastructure — from health care to our housing and public schools.

Our city is facing crises of public health, racial justice, and economic inequality. Where you live, and whether that home is affordable and dignified, determines everything in this city.

During the pandemic and the campaign, instances of Asian hate increased and received greater public and media attention. As a campaign led by Asian Americans, we felt it was crucial to bring everyone together in our communities of Jackson Heights and Elmhurst — with one of the largest Asian American populations in the country — to show that we will not be invisibilized any longer, and to push for concrete action and not just rhetoric.

People often say that “representation matters.” It’s true, in that it matters to those who have been underrepresented for so long to see someone elected who looks like them, who shares their culture and their skin complexion, or speaks their language. But it’s not just symbolic or visual representation that we as Asian American communities need.

Our historic lack of representation means NYC has not had adequate services and resources  in Bangla, Nepali, or Urdu, that South Asian taxi workers haven’t received any relief from the government, and that Diwali is still not a public school holiday.

I’m proud I will be one of the first South Asians ever elected to the City Council in the history of New York City. I intend to fiercely represent my communities and ensure we get the resources, attention, support, and political power we deserve.”

In New York City, council members are elected to represent their districts and oversee a number of responsibilities, including “introducing and voting on legislation, negotiating the city budget alongside the sitting Mayor, monitoring city agencies (e.g. Department of Education, the NYPD) to ensure they are serving New Yorkers,” and more.

At the forefront of all three individuals’ platform priorities lie issues that are intersectional and in imminent danger – housing crisis, language access, education reform and more.

Early voting starts on October 23rd and Election Day is November 2nd. Find your polling site here and be sure to get out and vote.