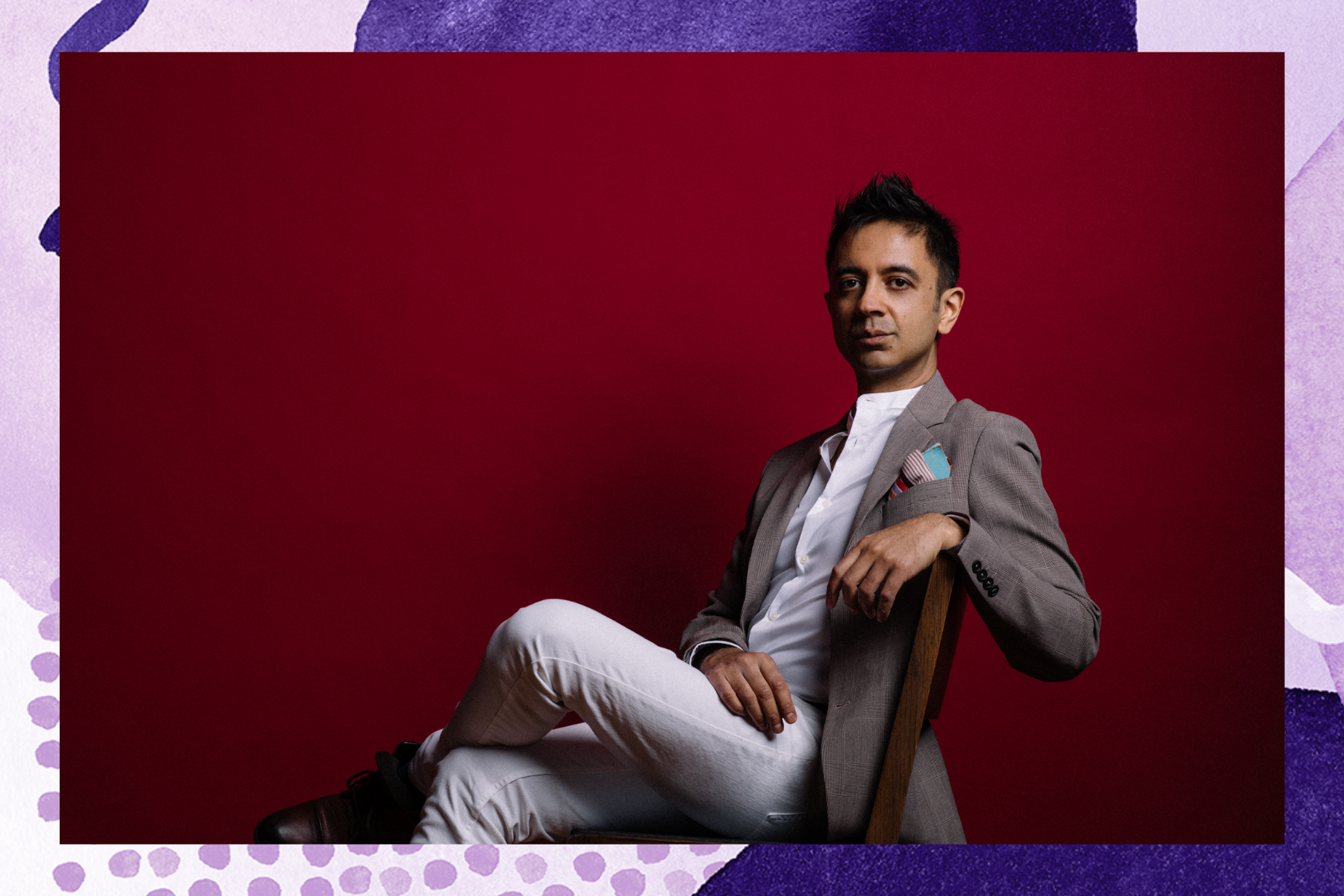 Growing up as a double bassist, jazz was a genre of music that intrigued me. I would gaze in amazement and wonder at how these musicians were able to improvise at live shows and create these incredible pieces of art. Most of the time, these musicians did not even have sheet music in front of them. I had many questions and wanted to understand the meanings behind jazz music, how these musicians learned to improvise, the unspoken truth behind jazz and so much more. I was lucky enough to score an interview with the modern-day legend, Vijay Iyer. He is a composer, pianist, producer and bandleader who has released over twenty albums. He also joined the Harvard faculty as a tenured professor in the Department of Music and the Department of African and African American Studies.

We started our conversation around the intersections between mathematics, sciences and music. As Iyer has a wide variety of educational experiences, from a bachelor’s in mathematics and physics from Yale University and a Ph.D. in Technology and the Arts from UC Berkeley, I wanted to get his thoughts on the correlation between science and music. Iyer further elaborated on his thoughts.

Back in my physics days I witnessed research up close. I tried to solve problems, create questions and pursue my own answers to those questions. I tapped into intuition, which is an elusive construct. It seems to encompass anything that’s not entirely conscious, and for that reason, maybe not entirely logical.

He dove deeper into aesthetics in the realm of problem-solving when looking at mathematical equations.

I learned that for a solution to matter, it should be not just be correct, but elegant. An equation like E = mc squared could have been something much more intricate, complicated or ugly. Part of what makes that equation powerful is its simplicity.

Iyer concluded this topic by talking about the research process and scientific method not being very different from making art — the idea of intuition being at the core of it and that actually, a lot of the best thinking happens when individuals are asleep. Iyer ultimately decided to pursue music over theoretical physics as he found more of a collective thrill and joy in making music.

We continued our conversation by jumping to the topic of improvisation and how players manage not to lose themselves within the music. It often feels like there is a lot of trust involved among the musicians and everyone is playing a daring game of chance.

We are all improvisers. You’re an improviser. Even this conversation is an improvisation. You’re born improvising; it’s how you learn to do almost everything. It’s everyone’s birthright to explore their environment, interact with it, make decisions and take action. That’s what improvisation is. That’s all it is. Whenever you’re not alone, you’re taking in information from other people you’re interacting with and you’re relating to them. And that isn’t anything except improvisation.

Iyer furthered his point by relating music to a game of basketball and the English language. They all have rules and regulations that keep the structure constrained.

When you watch the best basketball players, it looks like complete freedom, but what they’re doing is still very organized. When we play music together that features improvisation, we have some kind of parameters that help us move together. It might be a rhythmic cycle, or a bassline, or chord progression or some melodic ideas. Then we build inside of that structure.

Iyer helped me realize that everything we do is improvisation. In his words, “From eating dinner, having a conversation with someone, going on a date, this all falls under the umbrella of improvisation.” He furthers his point by saying, “It’s all being made as it happens. That’s how we do almost everything, right?”

What I found most interesting during this conversation was Iyer’s thoughts on the devaluation of improvisation in the West. Iyer further elaborates his thoughts.

You look at the history of copyright law, for example: A composition counts as intellectual property, but improvisation does not. So because of that, we have all grown up devaluating improvisation in the West. But it doesn’t have to be that way.

Our conversation moved toward jazz being a misunderstood genre where people feel like they are missing something to truly appreciate it. I wanted to get to the bottom of how to entice more listeners to give jazz another try and attract them to the genre. Iyer provided his thoughts around jazz.

If you took the word ‘jazz’ away and then you just encountered artists making music on their own terms, you engage with it as it speaks to you more. Some of it will grab you and some of it won’t. It can just be about individual artists who speak to you and don’t, and that’s fine. If you just say, ‘I didn’t like this, so I guess I don’t like jazz’ — that’s a mistake.

We continued our conversation with how Iyer has been described in the past. As Iyer has been described by the New York Times as a “social conscience, multimedia collaborator, system builder, rhapsodist, historical thinker and multicultural gateway,” I wanted to learn about his process and mindset when creating new projects. Iyer describes his process in his own words.

Iyer has performed in trios, sextets, duos, as well as in other groups. He has created compositions not only for orchestras but solo instruments as well. He plays best with a drummer in his instrumental combinations as he says, “I have a handle on how to feature that relationship, or that axis in an ensemble, between piano and drums.” He has worked with many creative individuals such as Indian classical musicians, vocalists from different countries, poets, rappers and more. Shahzad Ismaily is a notable bassist and electronics musician Iyer has played with. Iyer has also worked with notable singer Arooj Aftab, who has training in Qawwali music, which is a form of Sufi Islamic devotional singing. Iyer speaks about what it is like working with some of his collaborators.

When I play with Arooj and Shahzad, there’s no preparation or rehearsal or anything. We simply make music together, we walk this path together, and there are no questions. It’s just as it comes. That’s why I said, like, whom can I channel with? It’s really like, it’s just coming through us.

Iyer taught me: It’s not the instrumentation, it’s the people, and what we do with it. Just at the moment, and the balance of it is really special.

One of the most interesting projects Iyer was a part of was called “Thums Up” with Heems, Rafiq Bhatia, and Kassa Overall. The project initially started off as an experiment but turned out to be an incredible experience. Iyer continues to work with these artists and has built up a rapport with each of them throughout the years. Iyer and Heems initially linked over Twitter, which sparked into a working relationship for years to come. Iyer ended up working on a track called “Free Jazzmatazz” for Himanshu’s (Heems) group Das Racist. Iyer continued to talk about the early days of his career when he had residences in New York City at little joints like The Stone, where he was free to experiment with his music and bring together his most trusted friends to create different types of pieces. Iyer describes Heems as having an “artist’s soul and yearnings to be creative.”

We moved on to the topic of what it feels like being South Asian in the space of jazz and how he feels grounded being in this genre.

Being in a musical form that was created by Black people, I take that side seriously. But I have learned not to take the music business too seriously, because the more serious you take it, the more damage it does to you.

Iyer provided insight into his experiences and talks about the relationship between jazz and race.

This is Black music, but it is an almost completely white-run business. Who gets signed, who gets written about, who gets gigs — that’s mostly controlled by white men. That’s been the dynamic for a hundred years.

In terms of acceptance in the field, Iyer has been embraced by music makers of African descent as well as white critics and has been fortunate to build a rapport with many artists. He feels that he is accepted because he is just trying to be genuine, generous, and is always trying to learn from individuals regardless of age. The journey did not come easy to Iyer as the business side is very abusive. It has done damage to him emotionally but he has learned to live with it through the relationships he has cultivated with other artists. Iyer further elaborates on this point.

The people who reduce you are the people who do not know how to listen and be authentically present for you so you don’t have to live by them.

Iyer’s first project called Memorophilia came out in 1995, and he cherished the experience. He wasn’t sure if his first project would be his last, so he put everything he had into it. He looked at it as if it would be his only statement to the world and put a lot of different things in it, trying to cover a lot of ground. Throughout his journey, he matured as a composer and artist and focused on specifics for each project.

We ended the interview by talking about Iyer being approached to be a part of the music faculty at Harvard with tenure. Iyer decided to check it out, but he did not feel the need to prove anything to anyone by getting an academic job, as he was happy being a freelance artist. Iyer looked at Harvard as a corporation with very different priorities than his own, and he questioned where he would fit into it and how it would serve him as an artist. He feels that he has been able to make some new changes there and be a part of something new and alter the landscape.

I truly enjoyed my conversations with Vijay Iyer and loved learning about his musical journey. Iyer started his musical journey at the age of 3, learning violin and continued until he was a sophomore in college. He has a wide variety of musical influences from Jimi Hendrix, John Coltrane, Abida Parveen and so many more. I was able to relate to his musical journey as I also started mine as a part of a symphony orchestra. We both agreed that some of our best memories involved being stuck in cramped rooms that were way beyond capacity just for the chance to rock out. Iyer never knows if he has created something innovative before he has created it. He keeps challenging himself to create projects he has not heard of before.