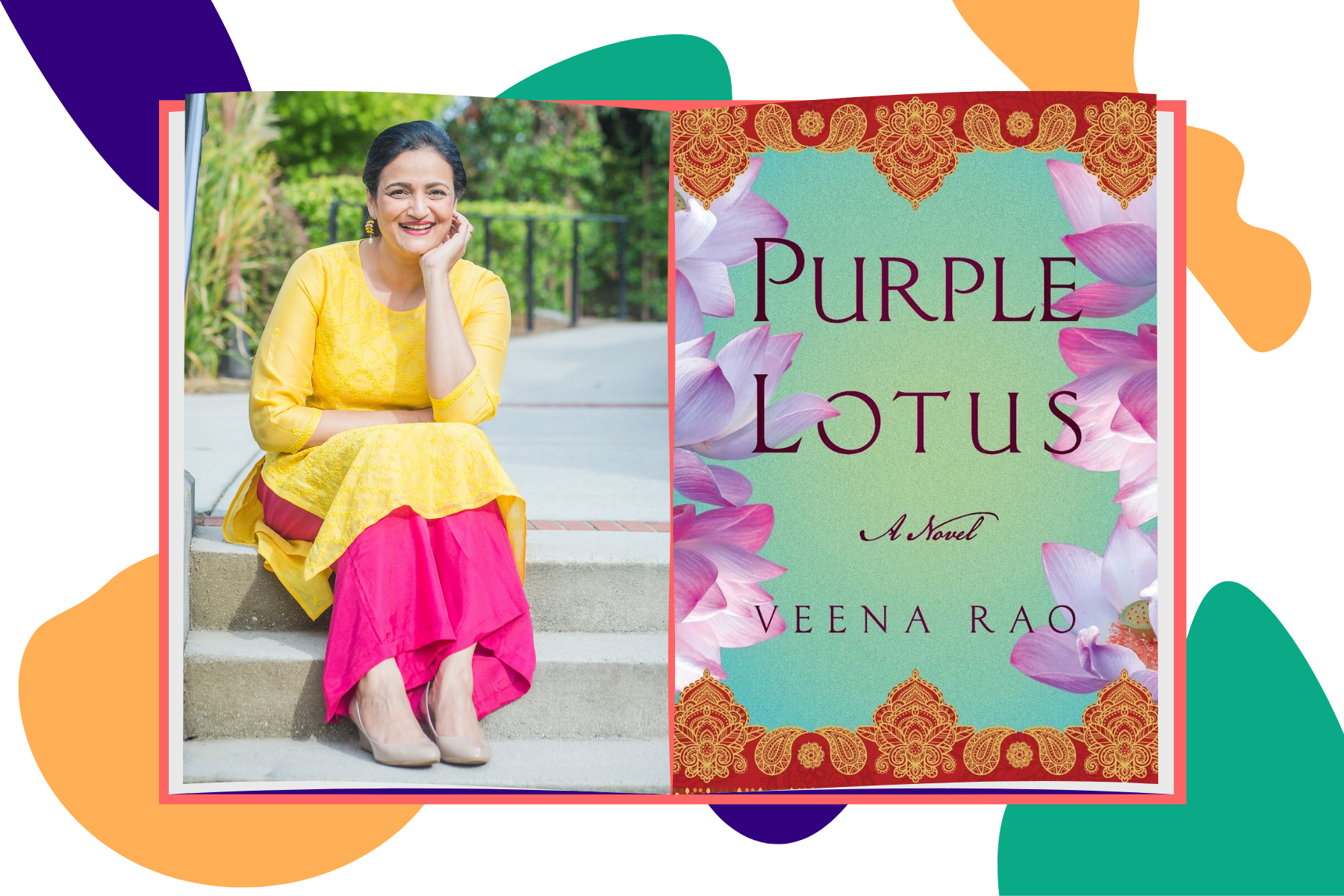 There are some books that are easy to finish in one sitting. Then there are others that take a bit of time to read through. Veena Rao’s “Purple Lotus” belongs to the latter category – not because of its lack of writing prowess (it has great strength in this regard) but more so because of the themes of isolation, abandonment, abuse and domestic violence that it tackles head-on and unflinchingly so. An overarching theme, though, is that of empowerment; of realizing the power that exists within to stand up to a bully, a strongly patriarchal society, and the utmost conviction that one will face any obstacle that comes in one’s way. And also, of letting go of all expectations of what a ‘successful’ life for a South Asian woman looks like, and defining it in one own’s terms.

As a South Asian woman straddling two different cultures, I always find that such themes resonate with me. In Rao’s “Purple Lotus,” Tara joins her husband, Sanjay, in America after three years of marriage. While in America, she misses her family and community and has to take on the immense task of getting to know not only a whole new culture and country but also the man with whom she shares a bed. She sought refuge in the arms of a stranger, one that she trusted to take care of her because of a custom that said he would. He was tied to her out of obligation, and somehow it was believed to make their relationship stronger than one originated out of love. The isolation and loneliness she feels mirrors her experiences as a child when her parents left her in the care of her grandparents and uncle while they took her younger brother to Dubai. Rao tells the story of Tara through two timelines — the present day and the past — and we, the readers, are thus able to see her growth and empowering journey in a very visceral and emotional way. The dual timelines work well together, chronicling both times Tara has been abandoned: the first, she had no agency over, and the second, was a chosen departure from her family.

Rao really takes her time to portray Tara’s adjustment to her new surroundings. We are standing by her when she makes the first meal for her husband, one that he finds too spicy. We are sitting beside her when she has tea with her first friend in America, who teaches her to branch out of the apartment to the surrounding world. We kneel down on the floor with her as she cleans the bathrooms and rooms for her day job. One cannot help but feel for this character who is abandoned yet again by her husband. But the ultimate story of Tara’s journey is when she picks herself up, learns who she is, and becomes a formidable woman who does not abandon herself. The ending is surprising: not all happy endings are conventional and not all happy endings are conventionally happy either.

Rao has a great talent for detail. It felt as though I was next to Tara, sometimes the words were so hauntingly honest and natural that I had to put down the book at times. Her raw emotions are dissected through lucid and gripping language. I also appreciated how Rao did not approach the intimate scenes coyly at all. She is a brave and honest writer with beautiful and sometimes hauntingly heartbreaking descriptions. The focus is so much on Tara that we don’t really focus too deeply on the other characters such as her parents, her husband, and the friends and allies she meets along the way. However, this story is about the real and raw lived experience of women like Tara and how it must feel to be unstable in one’s relationships with family, spouse, and also oneself.

And Rao does Tara justice — she never abandons Tara during her journey of self.