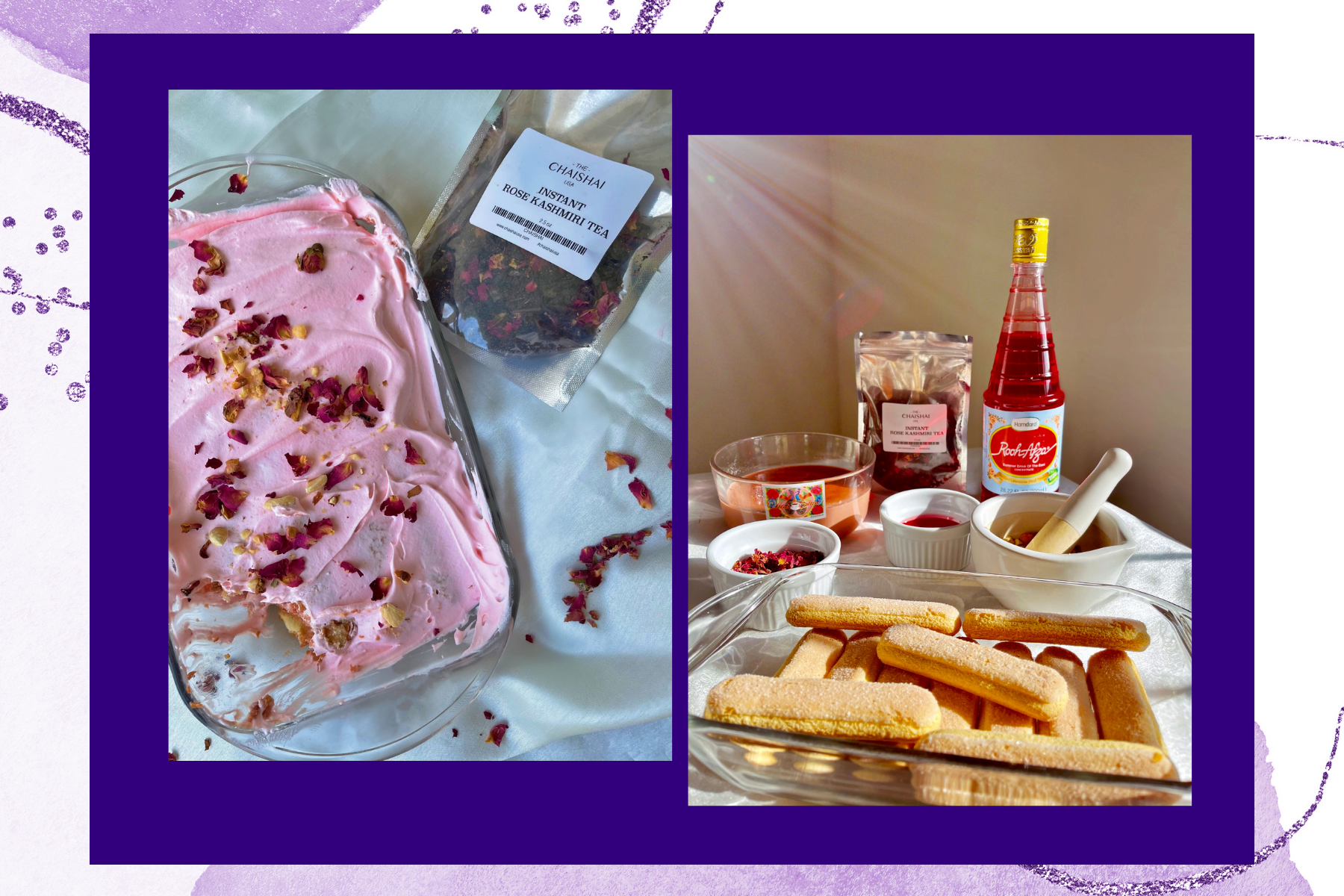 POV: You’re on dessert duty for the next holiday party.

What to take: Kashmiri Tea-Ramisu.

Treat your loved ones to a dessert they’d love. A blend of the East and West. Kashmiri Chai is a winter favorite and I have come up with a way to incorporate my love for it into my favorite dessert ever. The best part about this recipe? You only need a few ingredients and less than 1 hour of prep time.

Without further ado, I introduce you to Kashmiri Tea-Ramisu!

Et voila! A few hours later, slice or just grab a spoon and dig in.

If you need a quick video tutorial, here‘s where to find the reel!