Bollywood In the NewsDecember 3, 2021 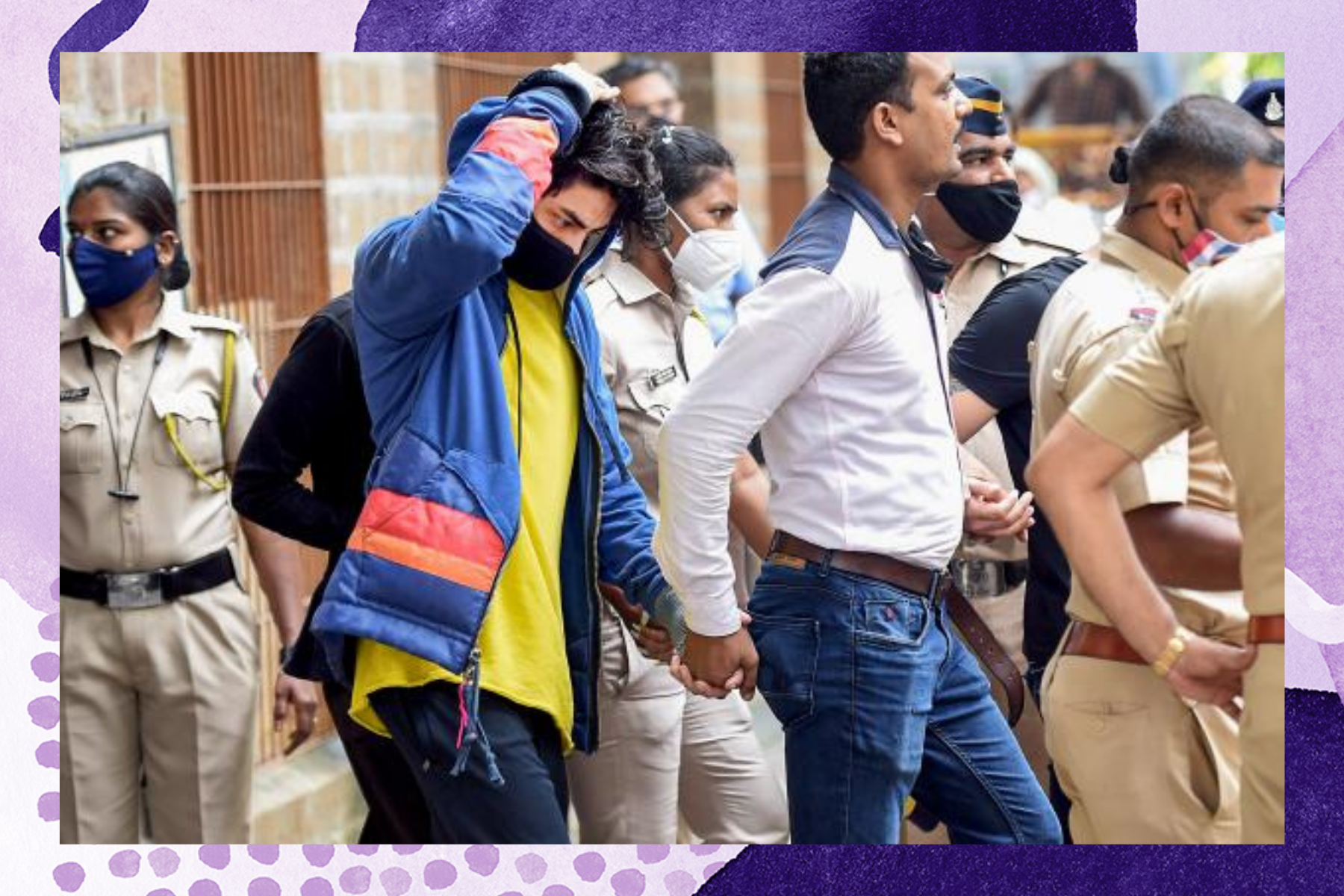 After 22 days waiting in Mumbai’s notorious Arthur Road Jail, Aryan Khan, son of Bollywood superstar and legend Shah Rukh Khan was finally free to return home on Oct. 30. While fans understandably celebrated his homecoming, his case (which is ongoing) represents a grave injustice and was unfairly shaped not by the law, but by politics, resentment of the wealthy, and growing Islamophobia in India.

Khan and seven others were arrested on Oct. 3, after NCB raided a cruise he was on with his friends; after searching the ship, NCB allegedly found cocaine and MDMA. Khan was charged, in relevant part, with possession and consumption of illegal substances. Khan had no drugs on him, and no medical examinations (i.e., blood or urine tests) had been undertaken that showed any drugs in his system. At most, he was in proximity to drugs. And for that crime, where no one was harmed, he was held without bail for almost one month.

It is a given that acts have corresponding consequences, and crimes have corresponding punishments. No one – not the wealthy and powerful – should be treated differently under the law. If Khan had actually committed a crime (and a trial will demonstrate his guilt or innocence), then perhaps he should be punished (although mere possession, which harms no person, should not lead to prison time, I digress); however, the issue here was the fact of bail pending trial. Khan was charged with a nonviolent crime on scanty (if not nonexistent) evidence; why would he (and his cruise ship comrades) be held without bail?

The answer is multifaceted, but not complicated. Khan was targeted because he is a Khan.

While granted bail weeks later, Khan ultimately spent almost three weeks in prison after his initial bail request was rejected by the Sessions Court. It wasn’t until his case moved to the Bombay High Court that he was granted bail. That too, not without condition, he was to appear at the NCB office every Friday to mark his attendance. Additionally, he was not allowed to meet any of the co-accused including a close friend.

“There is hardly any positive evidence on record to convince this court that all the accused persons with common intention agreed to commit unlawful acts,” the court said when allocating his bail, the Times of India reported.

Contrast Aryan Khan’s situation to Ashish Mishra’s situation.  Mishra, the son of UP Minister Ajay Mishra. Mishra deliberately ran over four farmers and was not arrested until almost one week after his crime.  If law enforcement’s goal was to maintain law and order, and prove that no one is above the law, then an alleged murderer, whose act was witnessed by many, would have been immediately arrested.

But the goal is only to prove that Shah Rukh Khan – and any Khan, albeit Aryan or any other in India – is not only not above the law, but is actually not even protected by the law.

Many have noted that this is an overreaction, for Shah Rukh Khan is beloved. And he is. He is a global icon, with loyal fans in Brooklyn (like me) and Bombay alike. However, his star status isn’t universally accepted; in fact, many in India, especially those whose feelings towards Muslims have been permitted and validated by the BJP, harbor deep resentment for Shah Rukh Khan. After Shah Rukh Khan’s valid commentary on the growing “climate of intolerance” in democratic India, BJP MP Yogi Adityanath suggested Shah Rukh Khan go to Pakistan. A man who was not only born and raised in India but who was able to tether to India the hearts of Indians abroad (again, like me), was dismissed as a foreigner because he deigned to comment on policy – and because his name is Khan. Freedom of speech is not for everyone in India.

The media has been both an unfiltered reflection of and unfortunate perpetuation of this resentment. Headlines focus not on substantive issues – like the societal benefit to locking up a 23-year-old with no drugs on his person, or the purpose and utility of having possession even be an offense with prison time or the habitability of prisons – but are rather steeped in delirious schadenfreude. “Aryan Khan & others to wake up by 6 AM” one gleefully reads, as if waking up at 6 a.m. is morally superior, or that Aryan Khan does not already wake up at 6 a.m. Another notes that “Aryan Khan … eats jail food;” it’s hardly news that someone in jail would eat jail food, so the purpose of this article is only to fuel the sick pleasure many received by witnessing the Khan family’s misfortunes.

WhatsApp threads had been particularly active on the issue. Old clips of Shah Rukh Khan sarcastically, wittily commenting that he would love for his son to do drugs have been circulated and mocked; heated discussions about how these rich kids doing drugs should be punished, and that Shah Rukh Khan’s son should not be given special treatment simply because he is the actor’s son. Of course, that is true, but should he be especially punished because he is the actor’s son, to prove a point?

Shah Rukh Khan has always maintained a progressive view on religion. He and his wife celebrate both Hindu and Muslim holidays in their home. His faith has never defined him. However, for many in the country resentful of a Muslim with power and prestige, it is only his faith that defines him. For these people, before all else, he is a Khan.

Khan was charged with the following sections of the Narcotic Drugs and Psychotropic Substances (NDPS) Act. These charges include:

This section prohibits the production, manufacturing, possession, selling, purchase, transport, warehouse, use, consumption, inter-state import and export, import to and from India, or transship of any narcotic drug or psychotropic substance, except for medical or scientific purposes.

Under this section, possession, cultivation, manufacture, sale, transport, and use of cannabis are punishable offences.
If the accused is in possession of a ‘small quantity,’ imprisonment involves a term that may extend to six months.

Under Section 27, the consumption of any narcotic drug or psychotropic substance is a punishable offence.

This section presumes that the accused knew what they were doing. Hence, the accused will be treated guilty unless proven innocent.

Rucha is an attorney in New York City. She loves to compost, discuss the Fast and Furious franchise with her sister, and experiment with vegan recipes. Her favorite thing to do on the weekends is explore the McCarren Park Greenmarket with her husband, after several cups of black coffee.