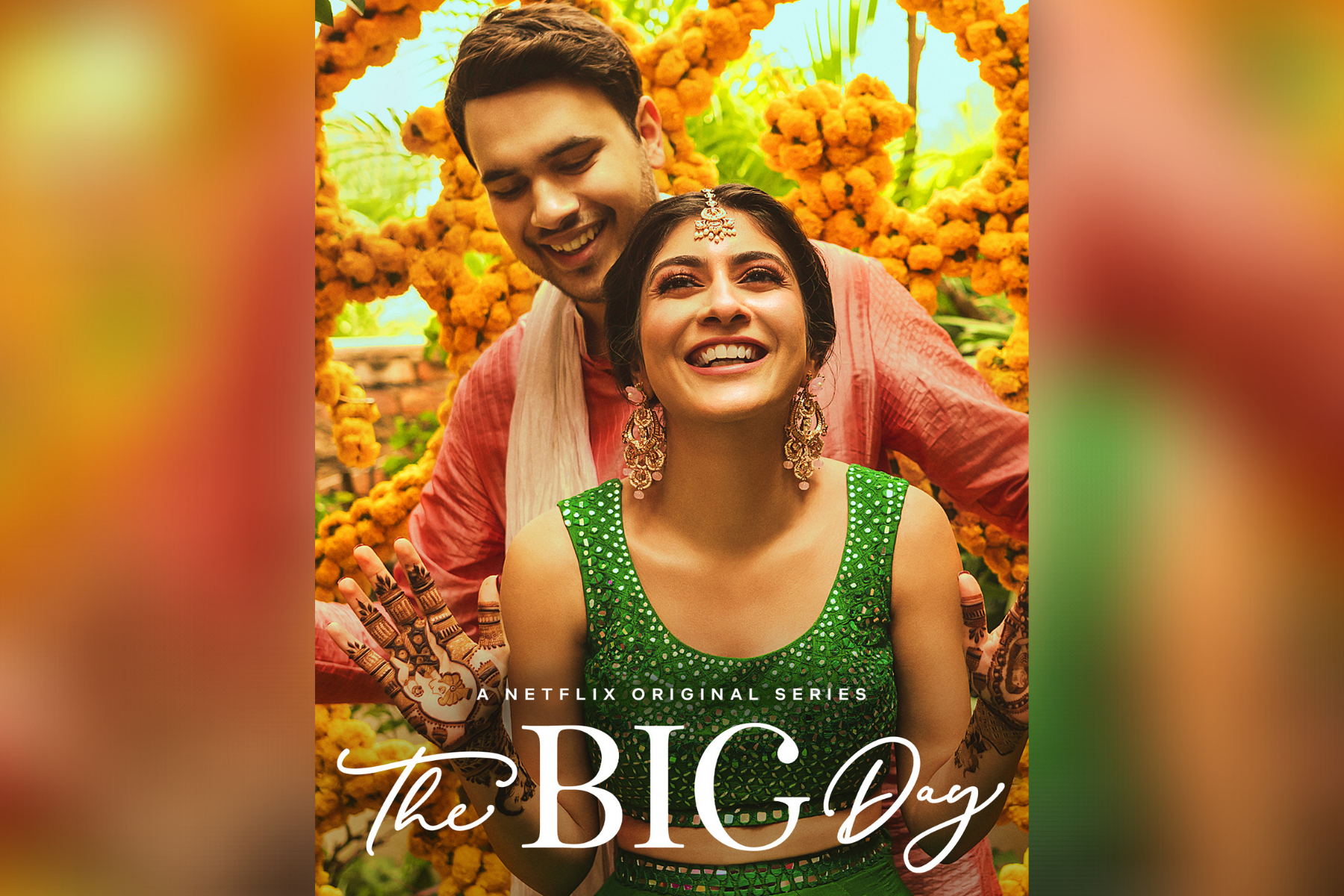 One of my favourite Bollywood films from 2020 was Anubhav Sinha’s “Thappad.” Amrita (played by Taapsee Pannu) was the ideal wife and woman on paper. She conveniently put her dreams and aspirations on the back burner to tend to her husband and his family’s needs. She spent every day of her life in a mundane sequence of events that revolved mostly around her husband’s goals, and her sole purpose was to serve and stand in support of her partner’s decisions, come what may. She was ever so satisfied with the banality of her daily life, until one day, despite her endless devotion to her marriage, she got a tight one from her husband in a room full of guests as a ‘knee-jerk reaction’ to an ongoing fight.

For others it was just one slap. For her, it was the slap. Her world comes crashing down on her as she starts to question to her own reality and her complicity towards misogynistic and patriarchal ways of the people around her. The moment she realized it was time she stood up for the value of her own existence, was when she was questioned and scrutinised not only over her upbringing and her “lack of letting go,” but even her sanity.

As uncomfortable as it sounds even to me, I loved this movie because I could relate to it on many levels. I called my mother right after my viewing, and urged her to watch it as well because it was not only a call to action against domestic violence, but also a film that refused to normalise the milieu us women have been conditioned to accept. It wasn’t until a couple of months later, however, that she finally did watch it. Her reaction to it left me both surprised, and not-so-surprised, as did the discussion we had thereafter.

“She took the wrong decision in the end…pyaar tou karta tha na usse, sorry bhi kaha…it’s the woman who has to compromise to make the relationship work. This world is no space for a single woman.”

That’s what pretty much formed the gist of her argument.

I don’t blame her. It’s the sort of values and beliefs she was brought up with; the same that was taught to her mother, her mother before her, so on and so forth. It’s a vicious cycle – it’s patriarchy, cemented and enforced over centuries in our culture.

“Women have to compromise, he is a man, he can get away with it!”

“No one likes a dominating woman.”

“Stubborn women only end up ruining their own lives!”

If you have grown up in a desi family with typically South Asian parents, I am quite sure you’ve heard similar statements a gazillion times over in your life. In fact, as time for one’s wedding day comes closer, the frequency of such advice becomes limitless. It almost feels like a preparatory crash course in ensuring a successful marriage. Or else, it’s all doom and gloom for you. The woman, in South Asian culture, is meant to be a submissive being; sacrificing and devout.

Unfortunately, whether it’s reinforcing these stereotypical notions or merely acting as a mirror reflection of our society’s deep-seated chauvinistic standards, South Asian popular media has largely added to the problem and continues to do so. While significant progress has been made in narratives over time, there is always that film or series that reiterates the assumption that independent, self-sufficient women are “difficult to deal with” and “less suitable for marriage.”

Enter the newest Netflix reality series, “The Big Day.” It’s another popcorn entertainment docuseries from Netflix India all about couples and weddings – the sort we hate to love or love to hate. The opulent sets, the grandiose of the wedding events and real-life couples bound by love: it quickly makes us giddy with joy and transports us to a world of naive dreams we’ve all grown up with, courtesy of Bollywood. Add to that the celebration of diversity and inclusivity, seen through the journey of a same-sex couple, Tyrone and Daniel, but in doing so, it only just scratches the surface, losing out on the essence of what it means to be gay and wanting to marry into a culture like ours.

If you look past the extravagance and dramatics, and there are some real problems with “The Big Day.” The airbrushing and ignorance of India’s class divide is definitely one. It’s a show that focuses only on the lavish lifestyle of the privileged and the wealthy; it’s a stark contrast from the majority of the country’s population.

Another major issue takes centre stage in episode two of the three-part series, titled “Here Comes The Type A Bride.” The issue begins with the title itself. Simply categorising a woman’s personality type into a short episode title clearly appears to be a direct insinuation that the woman fits the often-maligned “bridezilla” – it’s the type of woman deemed “difficult.” And it’s evident in every frame of the lens, through the sometimes cautious and other times blunt remarks of those around the couple.

Ami Pandya – a young professional – has a clear sense of direction in life. She knows exactly what she wants down to every detail. But her self-confidence and assurance is often criticised as micro-management, perfectionism and, as the wedding planner prudently suggests, “OCD.”

Pallavi Bishnoi, the second modern-day millennial bride, is more vocal about her reservations towards age-old customs and rituals. She chooses to opt-out of the “kanyadaan” and admittedly earns more than her husband, who seems secure with her professional success over his. She even makes it a point to pick apart the term “bridezilla,” referring to how unfortunate the connotation attached to it is. Her in-laws, though, are evidently unhappy and less excited over making her a part of their family, and her partner is seen constantly justifying the choice he’s made.

We saw a similar premise in “The Big Day” predecessor, “Indian Matchmaking,” where the depiction was much less subtle. Aparna Shewakramani and Nadia Jagessar, the two independent, strong women seeking a life partner, were outrightly marked as trouble by matchmaker Sima Taparia (the former more than the latter). The fact that they were strong-headed women with a clear set of expectations for their future partner meant finding them love would be a tough task. According to Sima, the ladies lacked the flexibility and adjustment required to be happily married, or even have a shot at the marriage in the South Asian community. That’s quite possibly because marriage, for her and the many parental figures featured on the show, is about a woman’s submission.

The saving grace and the glimmer of hope in both “The Big Day” and “Indian Matchmaking” were the women themselves who remained undeterred and stood their ground against staunch, patriarchal mindsets, even while their endings were shown as potentially bleaker than some of the other subjects.

Millennial women have come a long way trying to break free from the stereotypical, orthodox norms of the South Asian society that thrives on boxing them up in a standard set of traits, whilst denying basic equality. And so have television and cinema in their depiction of a respectable woman. Women are no longer shown only as sacrificial lambs or damsels in distress, but also as cops, professionals, single mothers and more, all with strong, opinionated personalities.

It seems though that in its attempt at challenging existing stereotypes, popular media maybe paving the way in building another. Women are interesting, fearless and self-reliant but, at the same time, those very women are also shown as selfish, unpredictable, unreasonable and difficult. Their priorities don’t lie in the needs of their families, and they can possibly make life very uncomfortable. And after all, who wants a difficult woman? It’s an insult to the many years of struggle women have put in to fight for their own cause.

If difficult we are, then difficult we shall be. Changing these ideas and stereotypes comes down to confronting the outdated patriarchal perceptions and revolting against them. As they say, “difficult roads lead to beautiful destinations.” Perhaps popular media like “The Big Day” needs to show more of these beautiful endings if there is any hope for a better tomorrow.