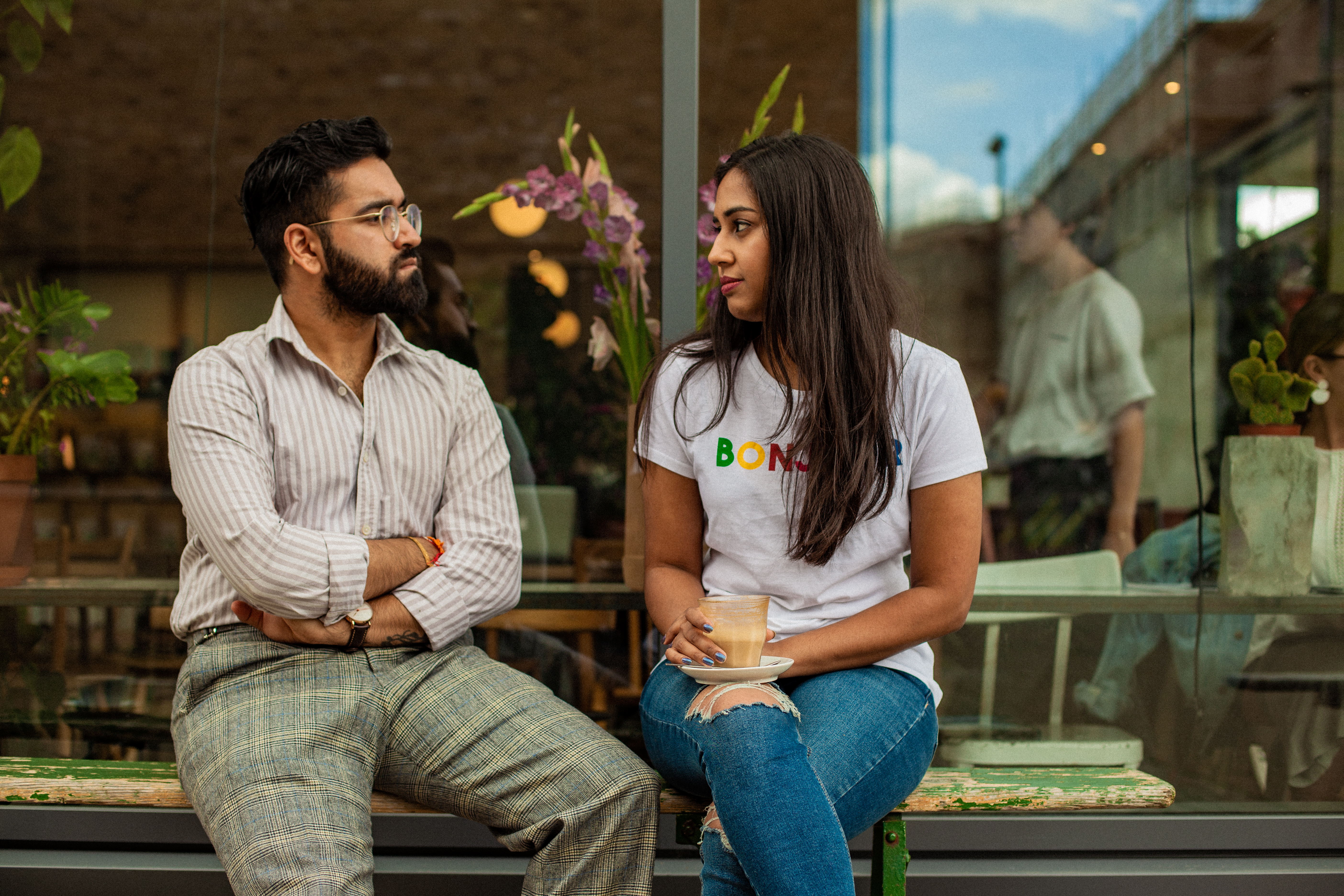 Zainab Khan — a freelance digital creative, specialising in social media and community — puts many faces to love with her latest photo series titled “Affinity”— a project that highlights the diversity of love. Based in the United Kingdom, this is Khan’s fourth photo series, previously known for her Trailblazing Muslim Women collection which celebrated professional, women in London transforming a variety of industries—and what it means to be a Muslim woman.

[Read Related: The Era of the Digital Biodata: Is Online Dating Keeping us Single?]

Likewise, “Affinity” challenges the stereotypical face of love in South Asian culture by capturing 10 different couples in the UK and presenting their love stories in their own words. The series celebrates that love comes in a variety of forms and why representation is vital to acceptance. Khan serves as Creative Director for “Affinity,” which was photographed by Sarah Ali, Ragib Choudhury, Saima Khalid and Lina Maryam Karuvetil. 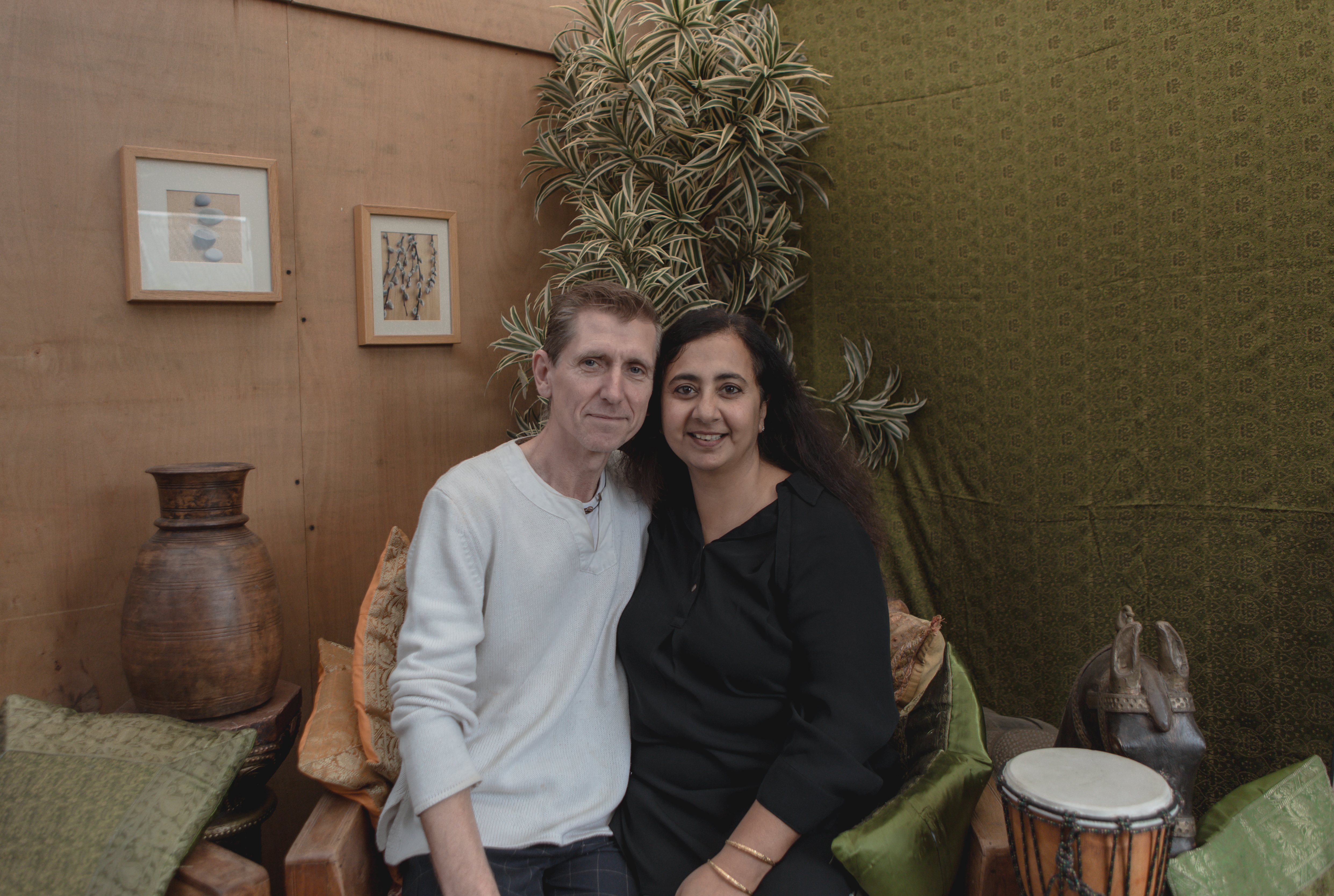 We both knew after a few months.

I went home and told my dad that I think I’ve found the guy I want to get married to. He said: ‘okay, tell me more.’

‘Alright, okay.’ Then it all went quiet. He said: ‘give me a couple of weeks to think about it.’

I was expecting a lot worse. In a couple of weeks, he came back to me and said: ‘bring him home, I want to see him.’

So I invited him around and he just quizzed him. About prospects, jobs, education… Then was like ‘right, you can leave my home now.’. Steven got up and left.

My dad goes to me: ‘right, he’s a very nice boy but he’s too old for you,’ I said ‘great, we’ll be getting married then cause he’s two and a half years younger than me.’. 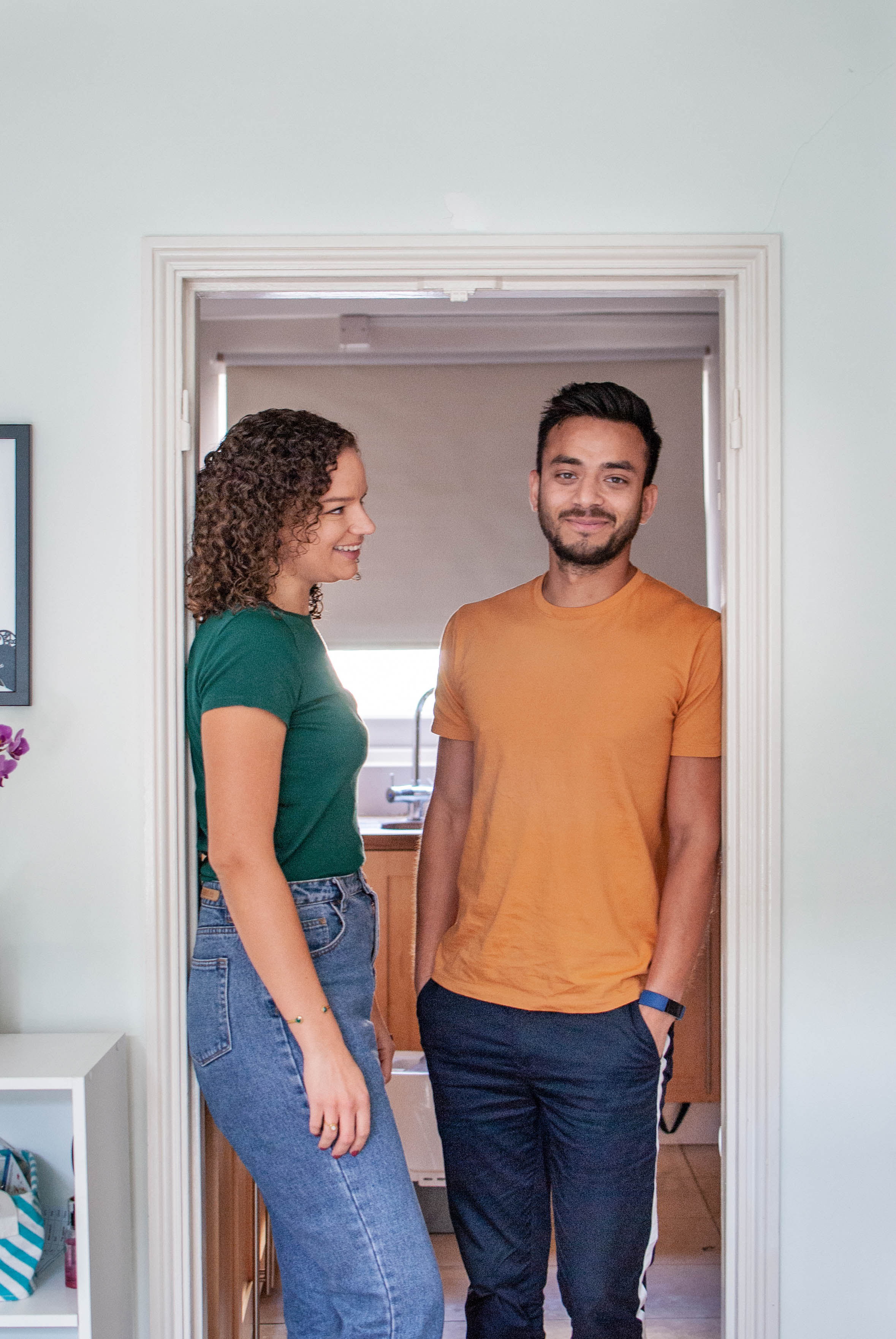 I can’t wait to have kids and be like a stay at home dad, I’m the complete opposite, I rather do all that shit. I’m happy for Inez to be the go-getter. She’s just better at work.

I don’t think her parents need to worry that she’ll be expected to stay at home. I’ll stay at home, hell all the time if I have to-slash-want to. 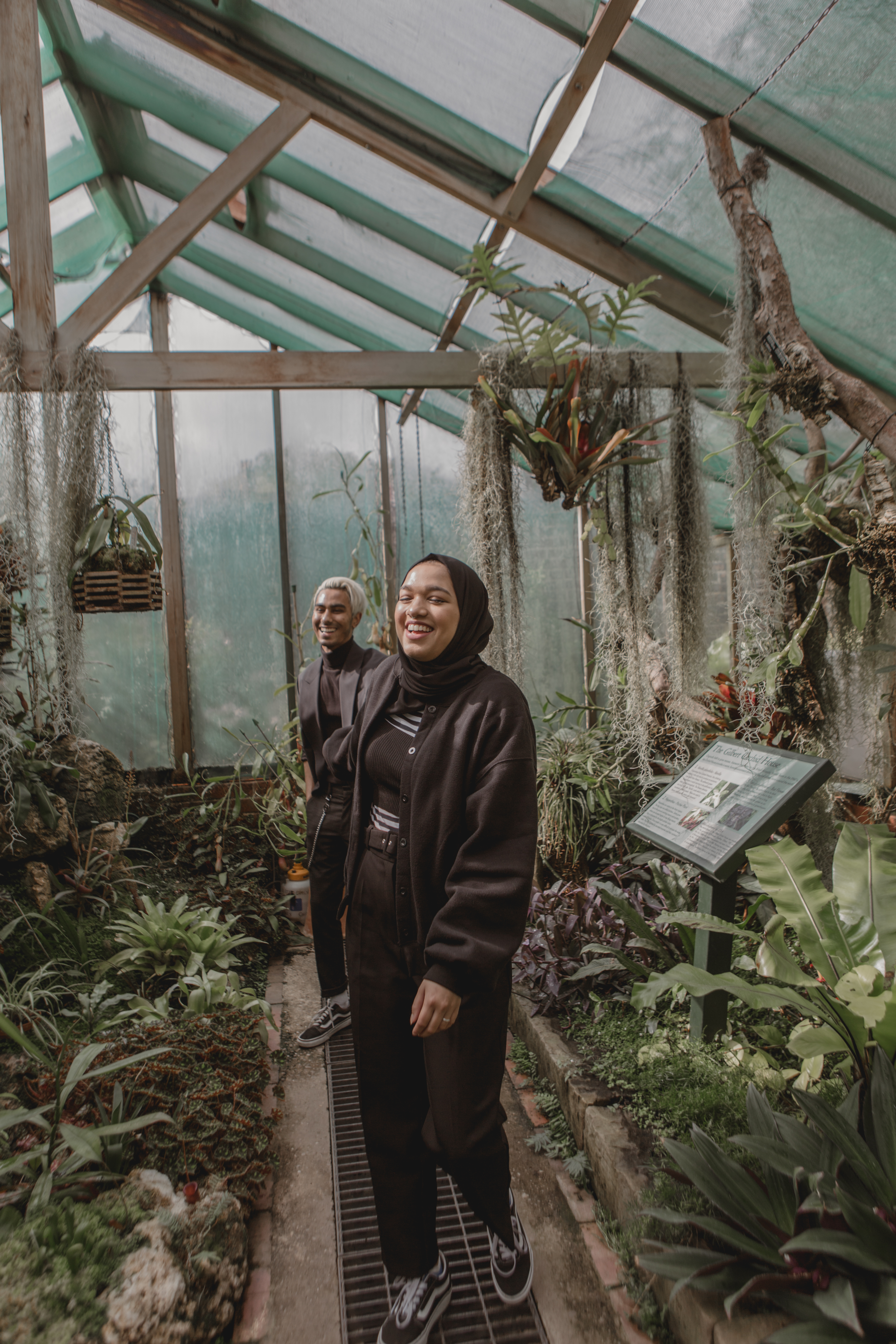 We had a winter ball and I was just like it would be nice to go with someone. This was the weirdest way, I asked him. I said to him: ‘Do you want to go that thing?’ and he’s like: ‘Nah, I’m alright.’ I was like well: ‘You know if you get two tickets, it’s discounted.’ 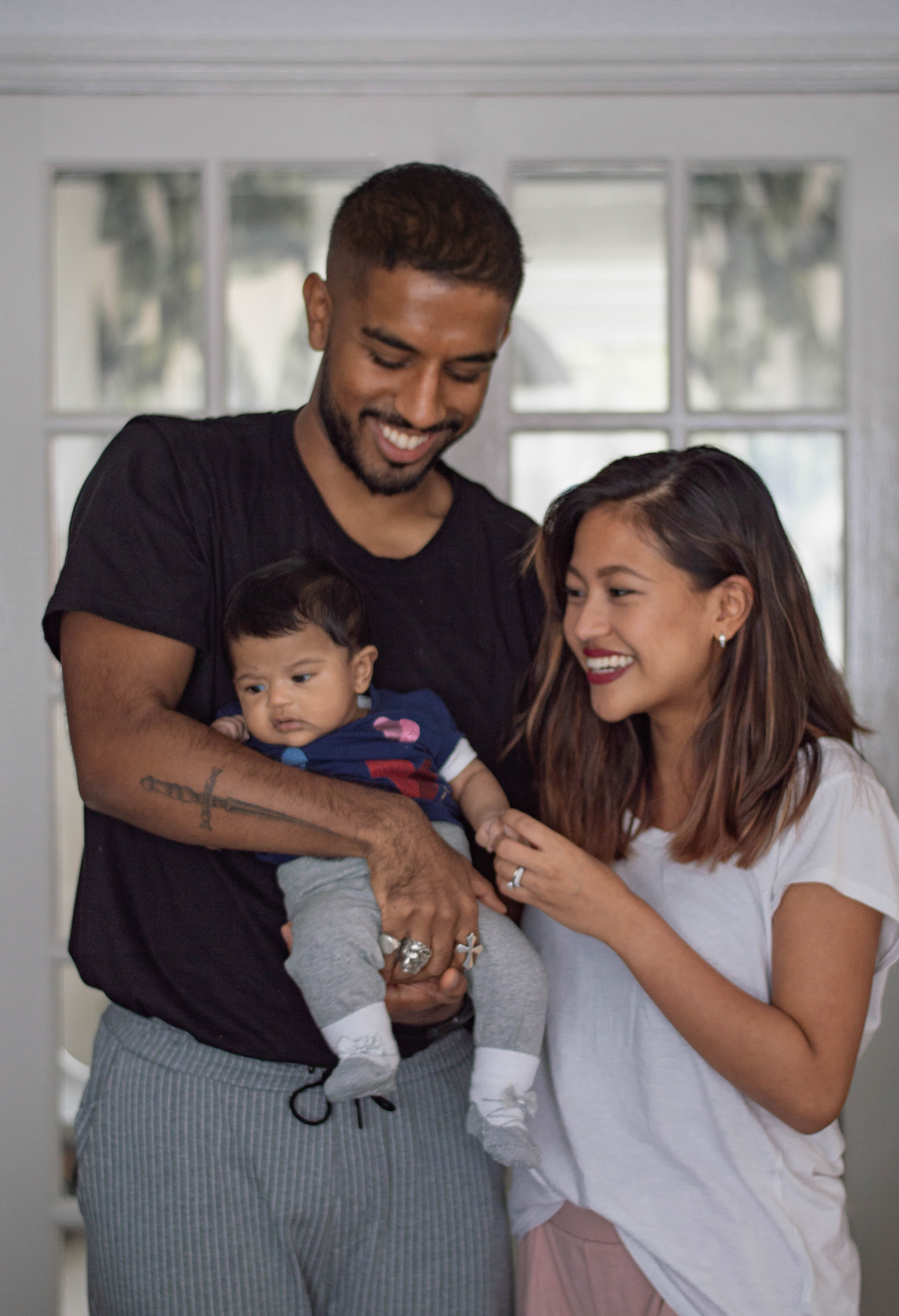 It was really funny cause their conversation was so basic to each other that day, but in a nice way. They realized, my parents especially my dad: ‘oh they’re immigrants too.’ They had the same struggle. That’s probably what brought them together. They spoke about the first time coming to London. Her dad and my dad are from village towns. They both had these big bellies. They had this beautiful immigrant moment. 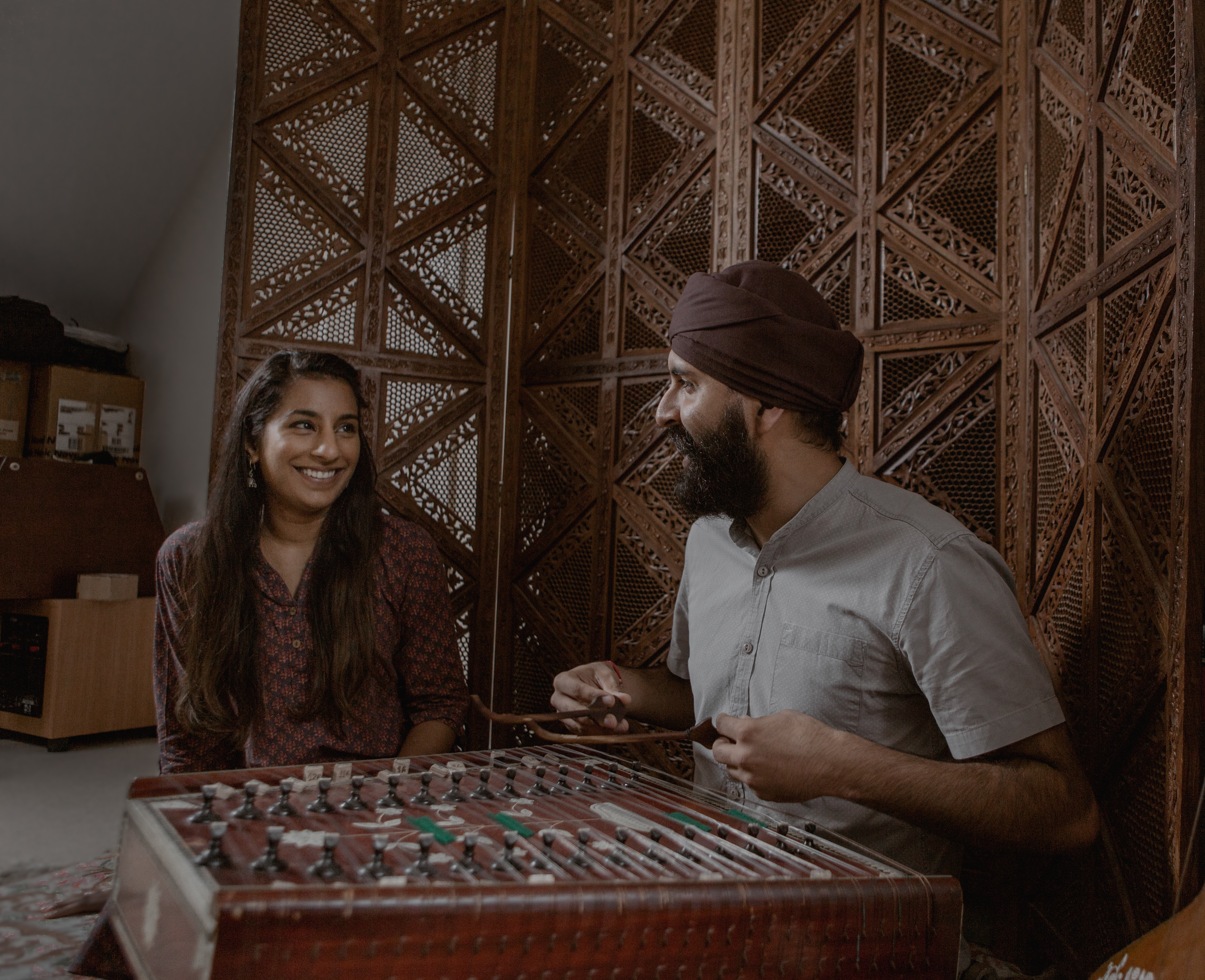 I remember him calling past midnight, he called me and said to come outside. I was like this better be good cause it’s 1 am. He used to take long pauses before he said something. He said, ‘we’ve been talking for a while now’. He was looking down at the staring wheel. And I think I just said, ‘do you want to be together?’ and then he’s was like ‘yes!’

We pretty much made commandments on our first or second date. We’re two independent people but together. The relationship is a part of our life, it’s not something that takes over or becomes to separate. It’s part of and within everything; work, music and family.

[Read Related: Marriage Isn’t at the top of my Agenda, and That’s OK] 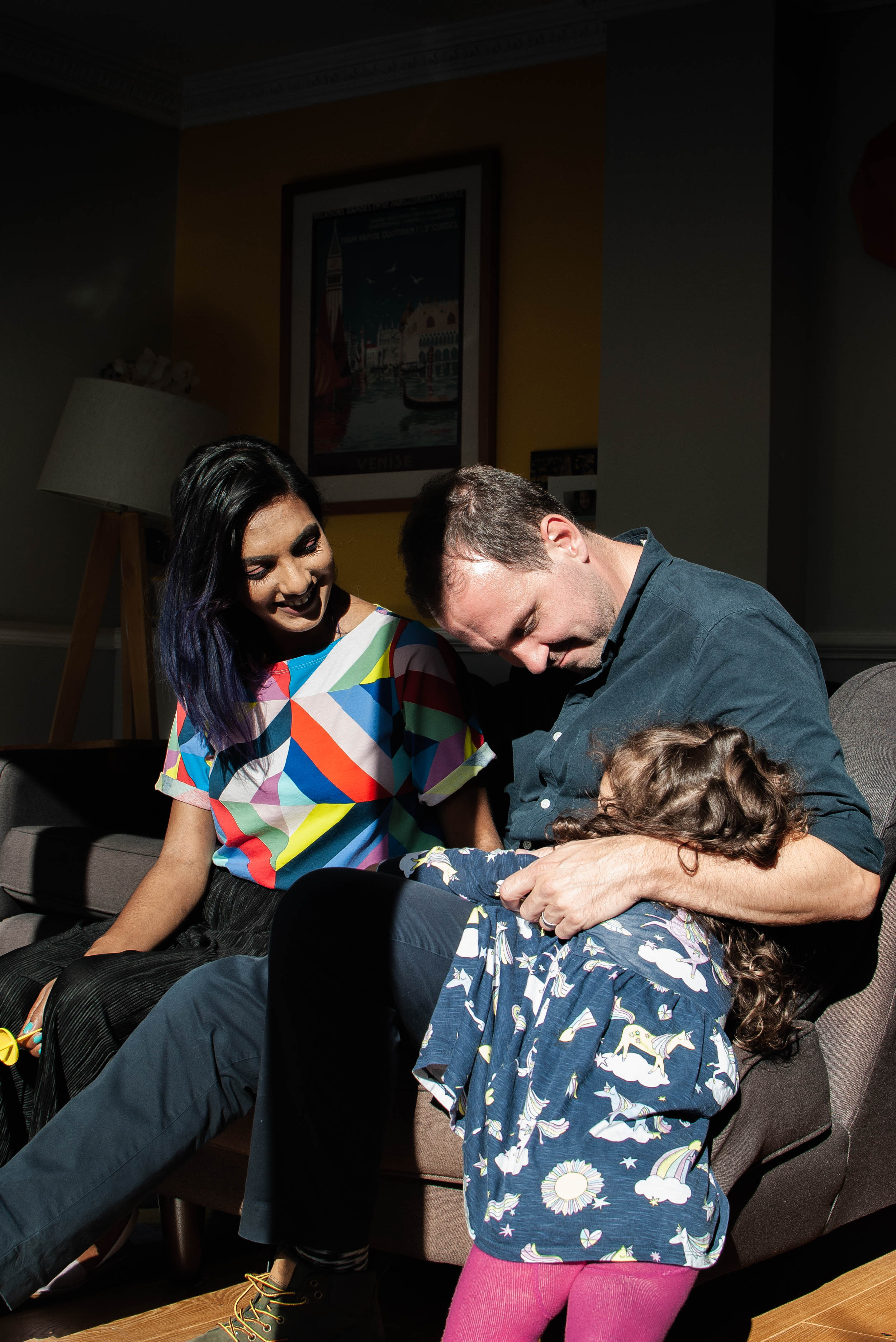 Before I got pregnant with her, I wondered how she’d fit into this duality. Her spending time with his family is so different to when she goes to mine. His is fairly small, mine is massive and hectic. We do Christmases and Eid.

But now that she’s here, I feel less worried because most importantly, she’s loved. From all angles. 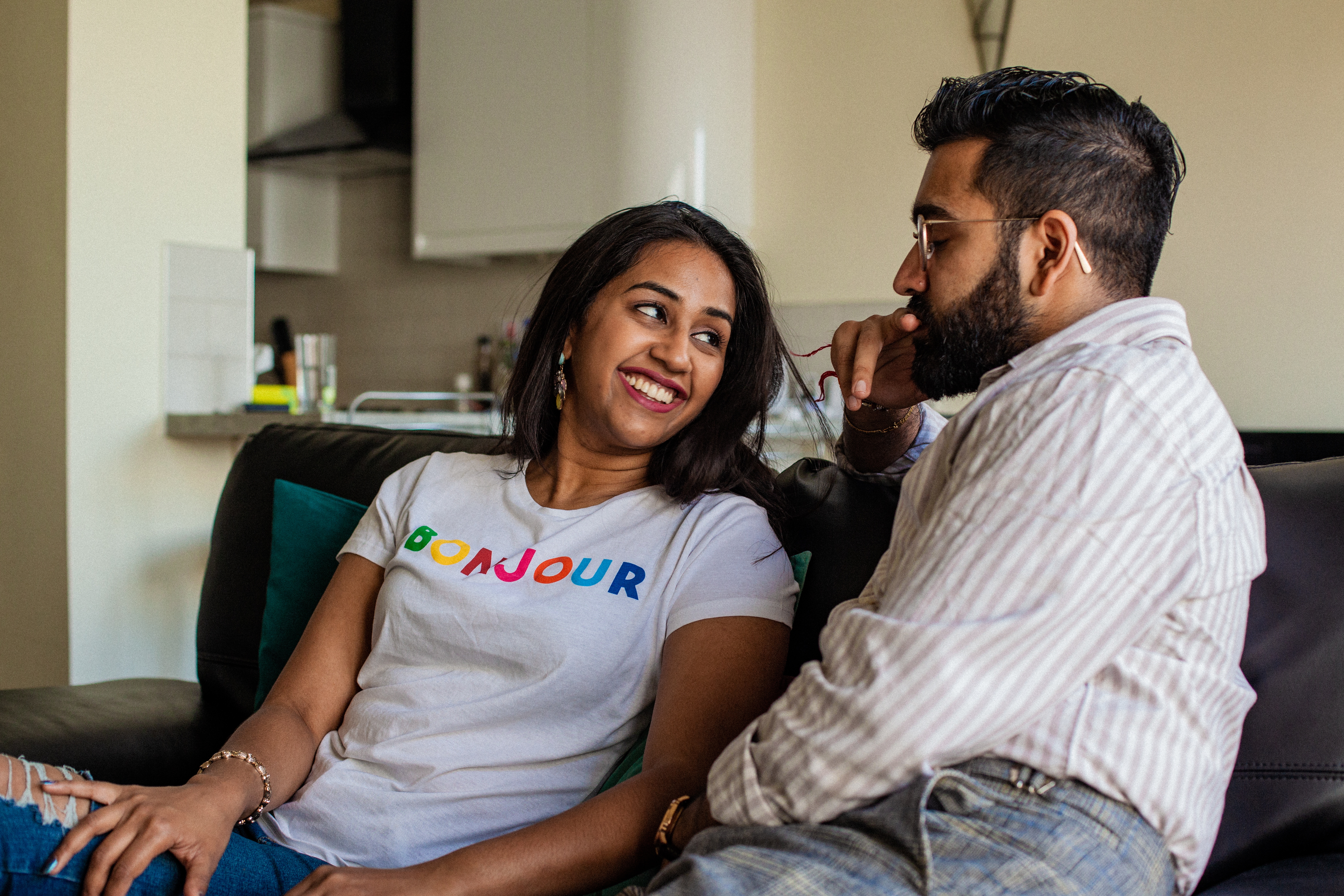 I know that because I spent fucking ages rehearsing it. When I wrote that I was like, ‘I’m a fucking baller. That’s cool. That’s going to work.’ 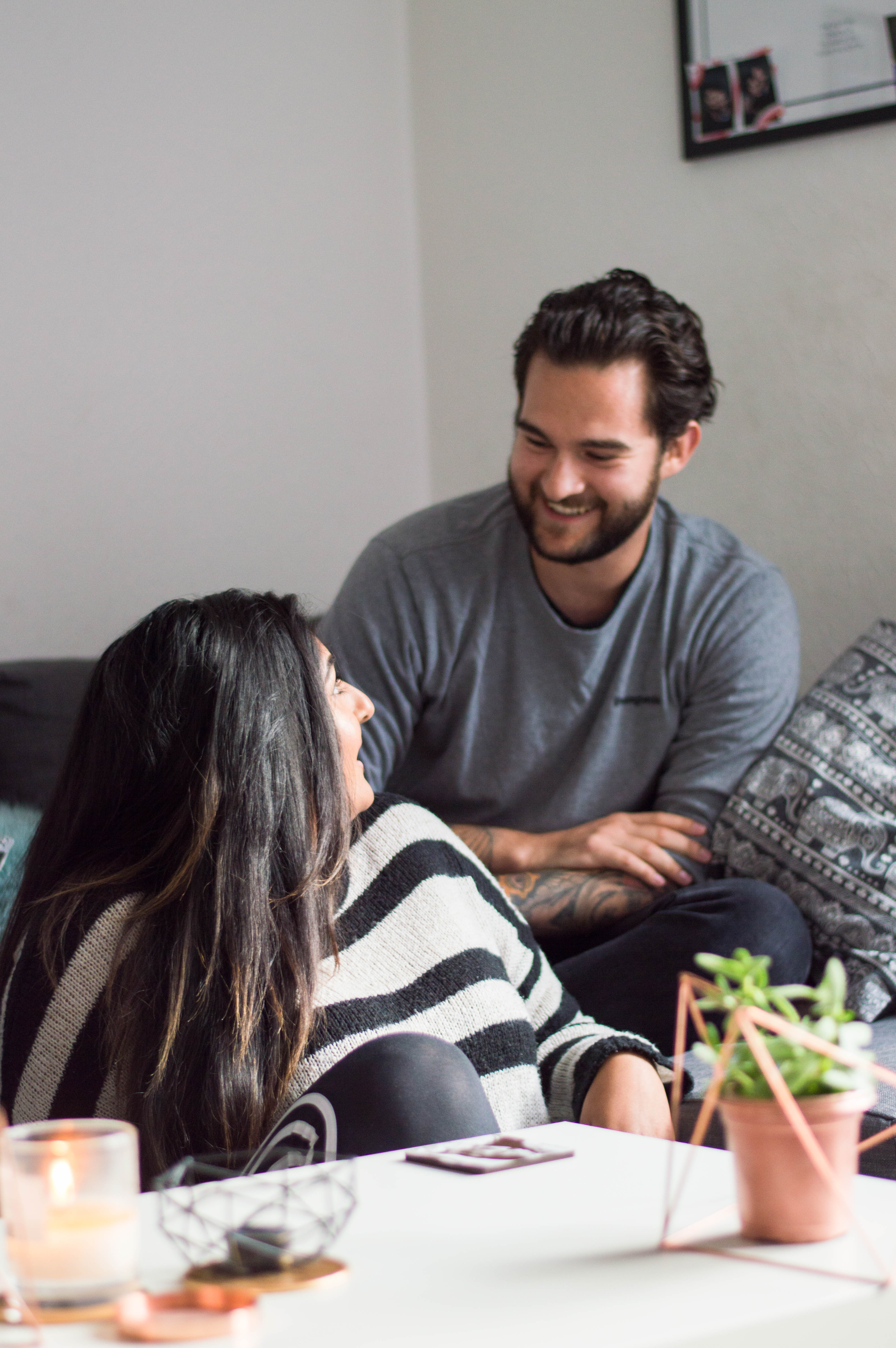 So I graduated and I really struggled to get a job in the industry, so I was working in retail for a few months, and then I eventually started my job with a design company. Throughout the whole time, Luke really supported me, and even now he’s so supportive of me and my career and believes in what I do and literally, The Other Box, wouldn’t be where it is without him. 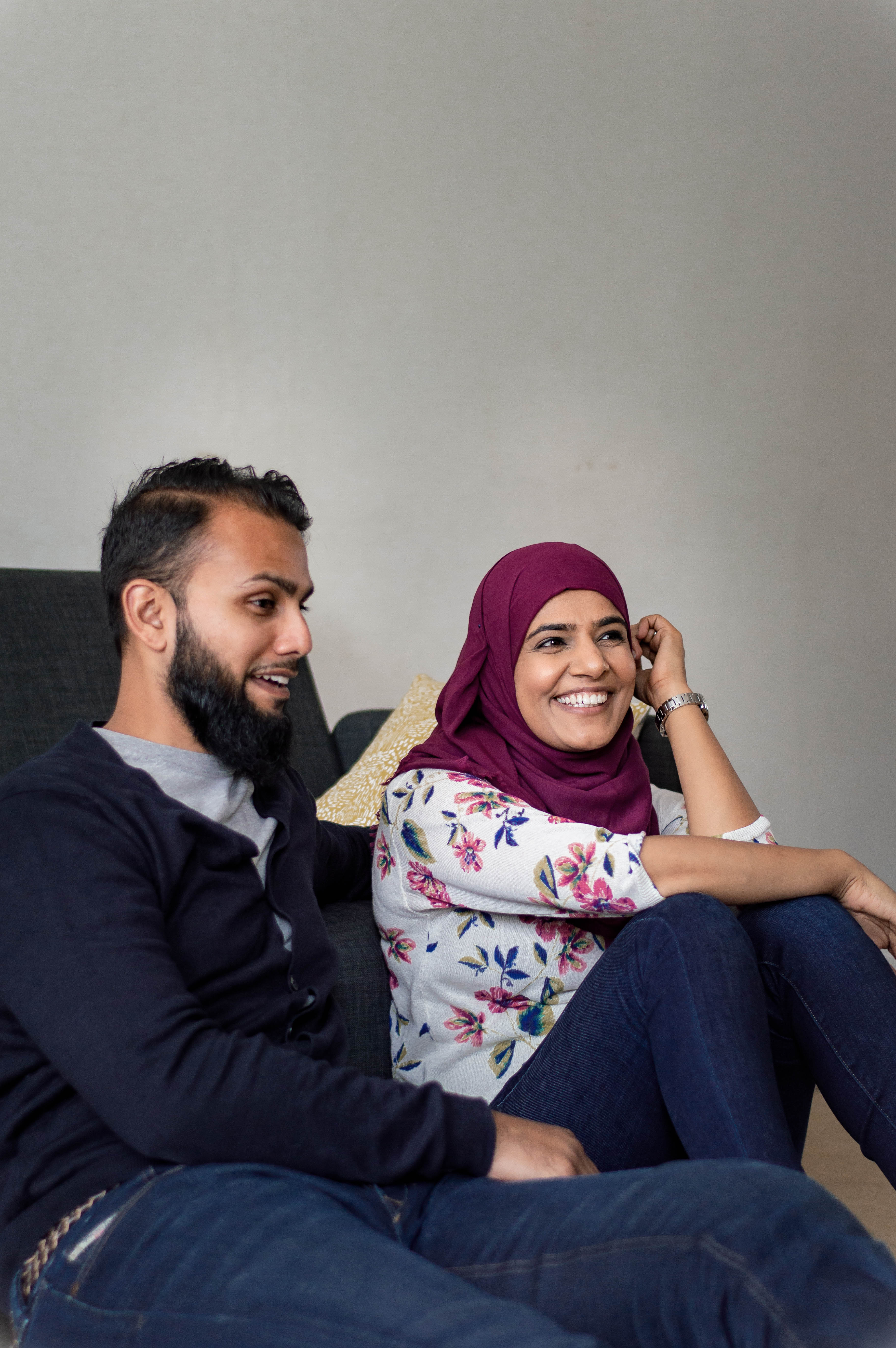 I just found Kamran really easy to speak to. The first time we spoke, we spoke for 14 or 15 hours. I was never a girly girl growing up with 3 brothers, my parents have instilled what I would say is quite core values, I come from a very liberal family – they always said if you want to find someone that’s fine, you just have to be honest about what you want in life. I knew what I wanted in a partner, I wasn’t into the let’s hangout and date and let’s see where this is going.

When I first told my mum about Kam, I said, ‘Oh, he’s Indian and from Hong Kong’. The first thing she asked was, ‘Does he have a British passport?’, which cracked me up. Before meeting my mum for the first time, the cheeky sod sent a picture of his passport to me to show my mum. We still laugh over it today and my mum still thinks he’s from Singapore! 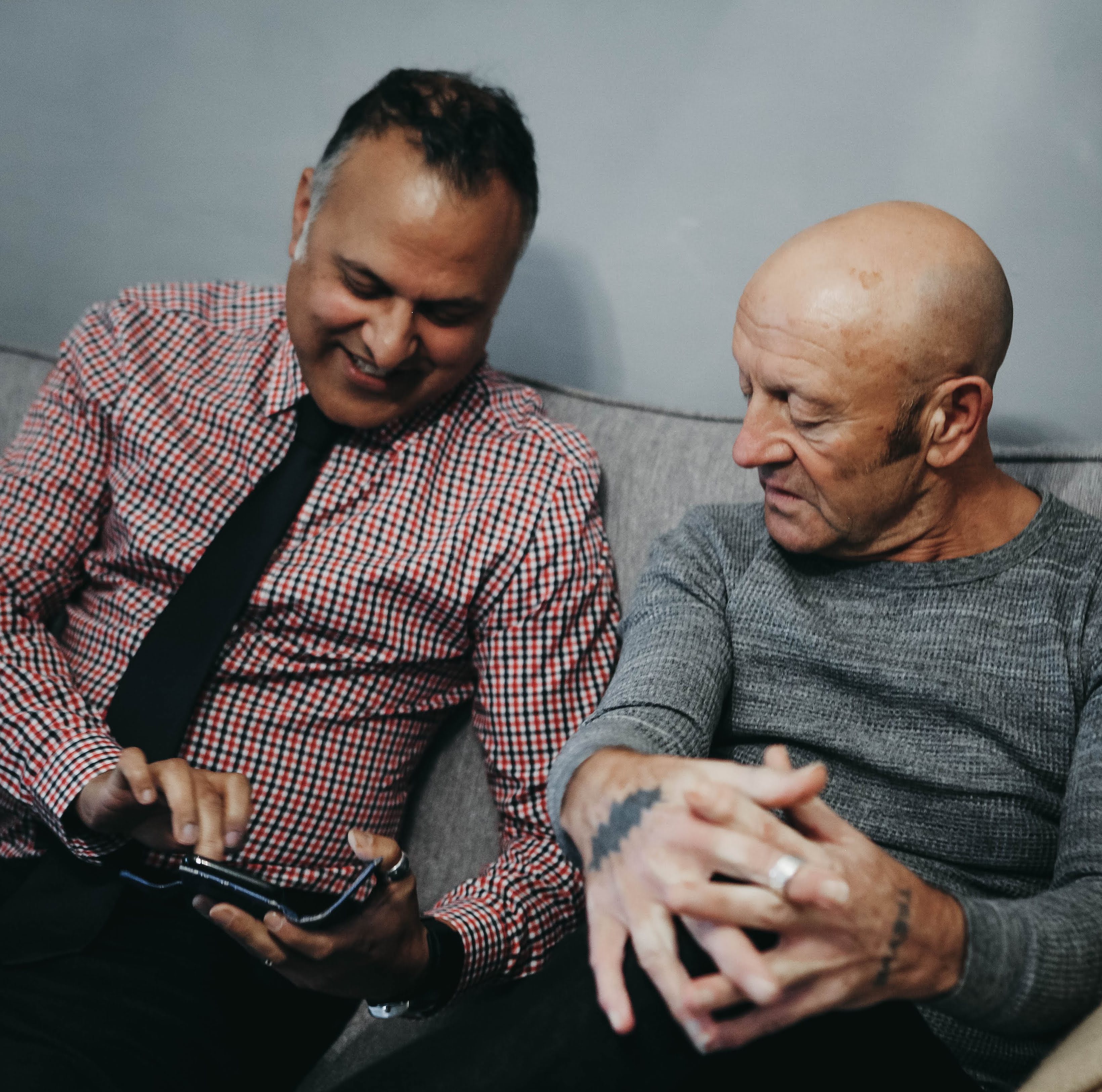 Things came to a head one evening, I’ve always been honest with my mom. One evening things came to a head and I came out to my mother. It was quite an emotional evening. I tell everybody that the words that came out of her mouth were really strong, positive and powerful to me: ‘If I can’t share in your happiness, what kind of mum would I be.’