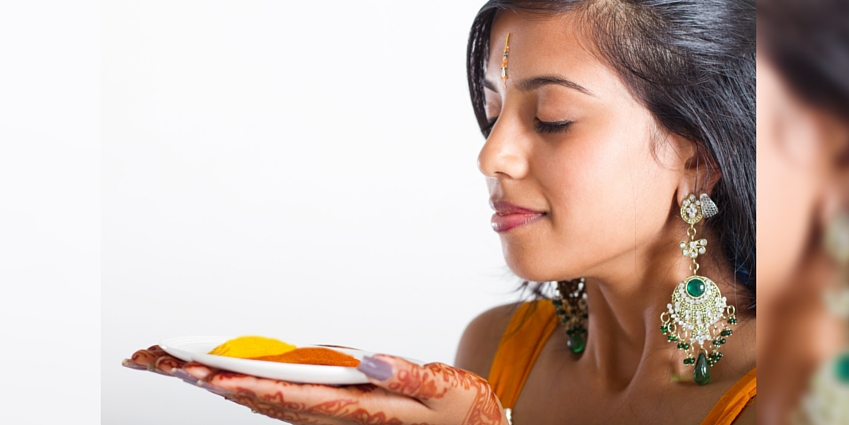 Azealia Banks’ recent Twitter feud with Zayn Malik and the consequential Brown Twitter reaction to her racist, homophobic tirade have broken the Internet over the past few days.

The hashtag #CurryScentedBitch has become a title of empowerment – hundreds of beautiful BGs have posted selfies using the hashtag to spin the insult into a term of endearment and to highlight the positive aspects of desi culture.

You didn’t grow up as a girl in a desi household if your mom didn’t insist on pouring an entire bottle of coconut oil onto your hair and then comb it into braids at least once a week. Not only is coconut oil the magical potion to cure all hair woes, it, along with all other things coconut, have recently been trending in American beauty stores as a vital ingredient in most hair, skin, and beauty products. But of course, we’ve been ahead of the trend for centuries.

What’s Teavana? Whether it’s your mom making you a hot cup of masala chai on a cold, rainy day or brewing an entire pot to share with aunties over a round of gossip, tea is an integral part of our lives and we wouldn’t have it any other way.

3. The love-hate relationship with hair is so real.

South Asians are hairy people. For desi girls especially, finding the perfect way to get rid of unwanted body hair is a quest within itself and a constant source of anxiety. But at the end of the day, we know we love all the compliments we get on our perfectly groomed eyebrows and luscious, dark hair on top of our heads.

4. Weddings are a weeklong affair.

Forget a 30-minute ceremony and a reception an hour later in the same dress. What’s a big fat South Asian wedding without 3-4 events before the shaadi and 6-7 stunning outfits to change into? From adorning your hands with intricate mehendi designs at the mehendi ceremony and waiting to see how dark the stain is the next day, to dancing the night away to Bollywood classics (with the added entertainment of drunk dancing uncles) at the sangeet, to feeling like you’re going to die from your stomach bursting with all the food you’ve eaten at the reception, there really is nothing like a brown wedding.

5. We can kill it in school AND be in charge of Fortune 500 businesses.

Sundar Pichai. Satya Nadella. Indra Nooyi. What do these names have in common?

They are all names of Indian-born CEOs of major US companies – namely, Google, Microsoft, and PepsiCo, respectively.

Indians and South Asians are climbing the ladder at major corporations in America and are adding a bit of diversity, color, perspective, and talent to these white-dominated businesses. No longer are we just the nerdy kids in school that do well and become doctors, lawyers, and engineers. We are changing the face of global capitalism as we know it.

6. Recycling is in our DNA.

“Slumdog Millionaire” may have portrayed India as a country filled with garbage and slums, but as we know growing up in desi households, our parents are the foremost experts on using things over AND over again.

Looking for an old t-shirt? It’s probably cut up and used as a rag to dust the house.

Say what you will, you’ll never find more resourceful ways to reuse items than those concocted by our dear mummies and pappas.

7. Everyone is your aunty or uncle.

Let’s be real – there was one point in your life where you thought you had 294185 aunties and uncles because your parents referred to all of their friends using that title. Now you probably know that’s not the case, but in a sense, we’re all still one big family. Desis seem to know all other desis. Gossip travels FAST. Yet if you’re looking for a rishta or a job, you know your parents know whom to call…or they know someone who knows someone who does. We’ve all got each other’s backs.

8. We are one of the most accomplished minority groups in America.

Sure South Asians are running the country’s most popular companies, but as a population, we’re doing pretty well for ourselves, as well.

The Wall Street Journal’s article “Why So Many Indians Succeed in America,” stated:

“Statistics suggest that Indians have thrived in America. They make up less than 1 percent of the country’s population but are estimated to have founded more than one in eight Silicon Valley startups. The community boasts two governors: Louisiana’s Bobby Jindal and South Carolina’s Nikki Haley.

9. Keychains and mugs never have our names on it – but that’s okay.

If you’re a Pooja or an Amina, a Roshan or a Parth, odds are you will never be able to walk into a gift shop or dollar store and find a keepsake with your name on it. That’s because we’re some of the most unique and diverse people in the world and we love our unpronounceable names anyways.

Last year, researchers found that the reason why Indian food is loved around the world is because it is flavorfully intricate at a molecular level. Upon review of thousands of Indian recipes, these scientists discovered that Indian cuisine tended to mix ingredients whose flavors don’t overlap at all, thus making it more appealing to the senses.

So yes, Azealia, there’s a reason why that curry scent is strong and it’s here to stay!