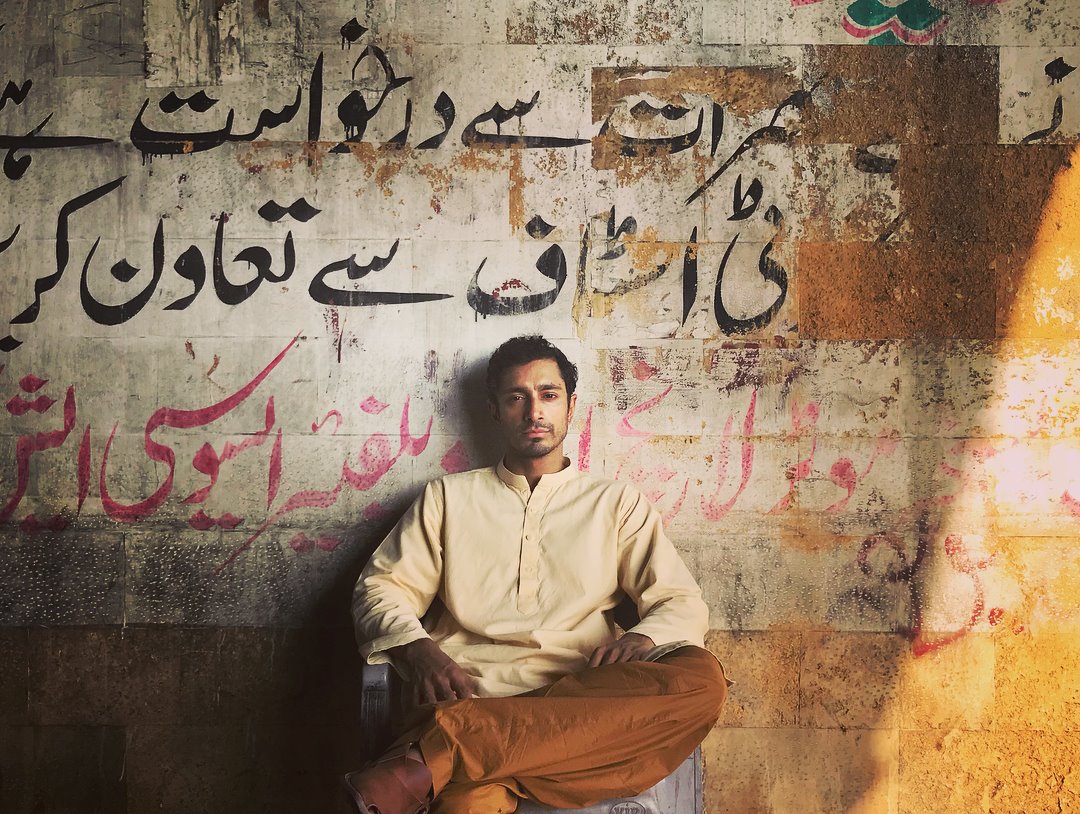 If you haven’t already heard of British actor Riz Ahmed, it’s probably best to go watch one of his shows or an interview right now (it’s okay we can wait!). Listed as the fourth most influential Asian in Britain last year, Ahmed has made a name for himself through his various television and film roles including critically acclaimed “Four Lions” and most recently “Rogue One: A Star Wars Story.”

The U.K.’s BBC Two channel is set to air later this year a series named “Englistan,” which will be set in a nine-episode arc created by Ahmed himself following the lives of a British Pakistani family over the course of three generations as they face many obstacles while living in a British society. So without further ado here’s a list of ten reasons why this gifted star should be your next crush!

1. Everyone loves a man with an accent, right?

Born and bred in Wembley, London, Ahmed comes perfectly packaged with a British accent that is most often accentuated when he talks about the subjects that he is passionate about.

He’s classy and suave, especially when he cleans up in a suit for a movie premiere or an awards show.

Congrats 2all #GoldenGlobes winners! Donate $50+ to Syrian kids at https://t.co/ozGZMPk0ps 4chance2win my suit! Tweet receipts with #10for10 pic.twitter.com/vSwF9vWRQe

Ahmed has got quite a few accolades to his name, including being listed in Time Magazine’s “100 Most Influential People list” and becoming the first actor of Asian descent to win an Emmy for his portrayal as Nasir Khan in HBO’s “The Night Of”.

4. Not just an actor and writer, but a rapper too!

Ahmed is an awesome rapper. He’s covered both personal and political topics in his raps and was seen rapping with the hip-hop duo, the Swet Shop Boys.

Back in 2013, on a trip to the USA, when airport security asked for Ahmed to approach the gate, not one but three Ahmed’s appeared! To that Ahmed said:

6. A multi-talented actor across television and cinema

The many wonderful performances that Ahmed has portrayed include his Emmy award-winning role in “The Night Of” and the film adaptation of Mohsin Hamid’s novel “The Reluctant Fundamentalist.”

7. Speaking out about the importance of diversity in Hollywood.

Ahmed doesn’t shy away from voicing his opinion on the lack of diversity in mainstream media and used his position to raise this matter in the House of Commons. You tell ’em, Riz!

Not only does Ahmed have a degree in Philosophy, Politics, and Economics from Oxford University, but he has also written an essay on what it means to be a person of colour in Britain, which was featured in the book “The Good Immigrant.”

9. The guy that everyone wants to be friends with!

As well as rubbing shoulders with Hollywood’s finest, Ahmed also gets to hang with U.K.’s very own home-grown talent MIA!

The future is looking exciting for this multi-talented artist. As well as his new BBC show called “Englistan,” we’ll see more of Ahmed in Jacques Audiard’s first English feature “The Sisters Brothers” and we can’t wait for both!

Excited to share this with you – trailer for first English language film by Jacques Audiard’s (director of Un Prophete). Proud to be a part of @SistersBrosFilm pic.twitter.com/z59Oif41XI