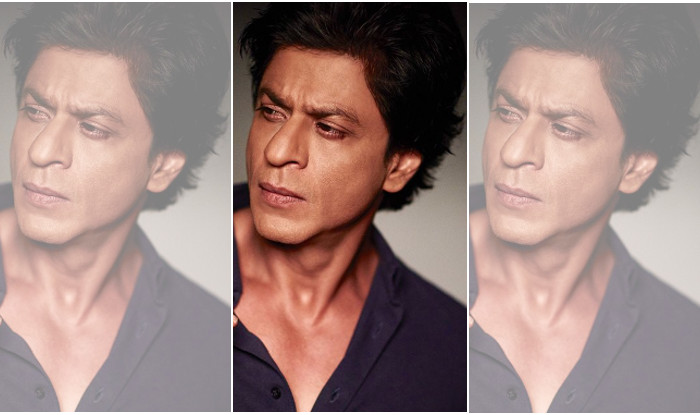 Yash Raj Films latest venture “Fan,” which released on April 15, has met with rave reviews from audiences and critics alike. The movie stars Shah Rukh Khan in a dual role—as superstar Aryan Khanna and as Gaurav, Khanna’s self-acclaimed biggest fan who also looks freakishly like him. The movie explores the dangerous results of fawning and worshipping a celebrity and how the obsessions take over a person, in this case, Gaurav.

While hopefully not as delusional as Gaurav, several of us know what it’s like to be in love with and be a fan of someone like Shah Rukh Khan. It is easy because he makes it that way. Khan has a charming personality off-screen and immense talent when he is on-screen.

We made a list of 10 movies, as tough as it was to pick so few, where he rightfully earned the superhero title and won all of our hearts.

Of course, this movie tops the list. It was his brilliant performance as the charming, sweet, flirtatious Raj Malhotra which proved to be a game-changer for him. As an actor, he was known more for being the villain and less as the romantic lead. However, his legendary pairing with Kajol, one-liners like ‘palat,’ and ‘bade bade deshon main aisi chhoti chhoti baatein hoti rehti hai,’ which remain epic even today, wonderful locations and delightful songs, along with the main essence of the film—how the guy fought against everything to get his girl—transformed him into the hero overnight.

With this movie, Khan once again broke all norms and changed the perception of being Bollywood’s chocolate boy. In his role as the coach of the Indian Women’s Hockey team, Khan brought depth and soul to this character that no one ever could. His delivery of tough dialogues, rare but warm smiles and facial expressions did the trick. The film’s appeal lay in the emotional, patriotic journey that the coach and players of the team went through and took us, the viewers, along with it. Having SRK delivering one of his best performances was just a really great bonus.

In this beautiful Ashutosh Gowariker movie, Khan played NASA scientist Mohan Bhargava who travels to India to bring his caretaker Kaveri amma back to the U.S. with him. He is met with several surprises when he learns she has moved to a village with his childhood friend Gita and her brother Chikku. In the village, not only does he fall for the righteous, hard-working Gita but also falls for the simplicity of life. He struggles to decipher how the villagers live with poverty, caste distinction, and politics. SRK delivered a very moving, very real performance that struck all the right chords with “Swades.”

Khan’s journey to stardom started with him being known for his negative roles. Obviously, “Darr” tops that list. In the psychological thriller, he plays an obsessed lover named Rahul and will go to unprecedented levels to get the woman he wants, his college classmate Kiran (Juhi Chawla) who is engaged to his father’s employee Sunil (Sunny Deal). On one hand, he pursues her by stalking her and on the other, he pretends to be a family friend to get close to his ‘love!’ Khan’s portrayal of a deranged psycho not only showed off his acting prowess and made this film a thrilling ride, but it also gave us the epic, unforgettable dialogue, ‘I love you kkkkk-kiran.’

This one is definitely one of his most emotional, heart-warming movies and for very good reason. He plays do-gooder Aman Verma, who moves to New York with his mother and befriends his neighbors Naina (Preity Zinta), her mother Jennifer (Jaya Bachchan), and her college friend Rohit (Saif Ali Khan). As much as he loves Naina, due to his fatal cardiac disease, he cannot let her know and decides that he will do everything to bring her and Rohit together. This movie has some powerful dialogues and sentimental moments, but it is Khan’s very visceral display of emotions which leaves the audience gutted.

Set in San Francisco, this movie tackles the issues of terrorism, racism, Islamophobia, and diseases like Asperger’s syndrome. Add a hint of the famous SRK-Kajol-Karan Johar trifecta and you have a successful Bollywood movie on your hands. Khan plays Rizwan, a very good-natured man who moves to the U.S. to live and work with his brother after their mother dies and that’s when his brother’s wife diagnoses him with Asperger’s syndrome. Through work, he also meets and falls for Mandira, a Hindu woman who runs a salon and has a kid from a previous marriage, Sameer. They are blissfully married until the 9/11 attacks, following which they fall victim to racism. The story takes dark turns from her and Rizwan sets on a mission to inform the President that ‘his name is Khan, and he is not a terrorist.’ The movie hits on some hard experience several immigrants, especially Muslims, must have faced here post the attacks. Khan’s acting reached a benchmark in his career with this film—it was complex, layered, and full of heart.

The third Hindi version of the Sharat Chandra Chattopadhyay novel, this one saw Khan play the role of the suffering, heartbroken alcoholic Devdas. After returning from England, he rekindles his relationship with his childhood friend Paro (Aishwarya Rai) and they wish to be married. However, Devdas’ mother forbids this due to Paro’s lower class status. Her family, to prove that she deserves better, marry her off to a wealthy but older man. This drives a depressed Devdas to alcoholism and into a brothel, where he meets Chandramukhi (Madhuri Dixit), who also falls for him. Eventually, and sadly, his vices take control of his life. A tough role to live up to, Khan actually played the character with great depth and ease. His dialogue delivery, quivering voice and movements, and obvious emotions made this a great film for him.

Khan mastered another remake when he took to play one of Amitabh Bachchan’s greatest roles for contemporary cinema. In the Farhan Akhtar directed movie, Khan played the super-cool gangster Don, and also a simpleton from Mumbai named Vijay, and he also plays Vijay playing Don! Khan has really mastered the art of playing double roles, so this one is no different. He is very nuanced and flexible while pulling off both the personas. In the sequel, he pulls off being the bad guy with even more ease than he did in the first one. Something about a negative Shahrukh Khan character is very appealing!

One of Khan’s first films, this one is special not only for its cloying storyline or realistic characters but also because it was one of our first glimpses into the romantic hero that Khan would grow into being. His performance as the sweet, beloved, but non-serious hero Sunil was applauded by everyone. In fact, Khan has stated several times that this is one of the best films he has done. It was the first time a hero was shown as a ‘loser’ – he didn’t get the girl, he didn’t get the job, but in the end, he lived the best life he could.

This star-studded emotional drama rocked the box office when it released because it looked at infidelity in Indian marriages like no other film ever had. However, Khan still delivered one of his best performances in this movie because it was a role, unlike anything he has ever done before, especially in a Karan Johar film. He wasn’t a die-hard romantic who was singing several songs with his beloved. He was bitter, angry, sarcastic and trapped in a marriage he didn’t believe in anymore. With actors like Rani Mukherjee, Preity Zinta, Amitabh Bachchan and Abhishek Bachchan in his corner, Khan still managed to shine amongst them.

Bollywood Funk NYC's performance to Jabra Fan for the New York Indian Film Festival (NYIFF)! We can't wait for #NYIFF2016 to kick in! A big thank you to Vishal Dadlani for making such awesome music!#NYIFF #NewYorkIndianFilmFestival

Bollywood Funk NYC took over Times Square to perform to “Jabra Fan” in collaboration with the New York Indian Film Festival (NYIFF), which will take place from May 7-14.