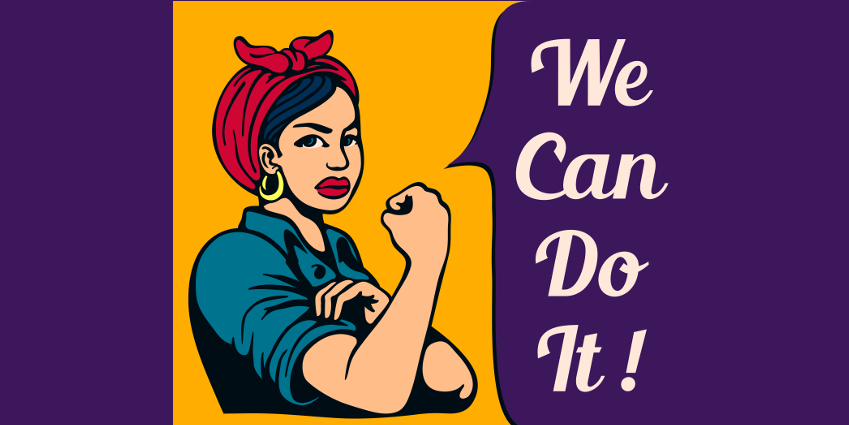 Intersectionality was first theorized by legal scholar Kimberle Crenshaw in 1989 in her essay “Demarginalizing the Intersection of Race and Sex: A Black Feminist Critique of Antidiscrimination Doctrine, Feminist Theory and Antiracist Politics.”

Intersectional feminism has developed from this concept and is based on acknowledging that people have more than one oppression (or identity category) to which they belong to, i.e. intersections. Intersectionality is predicated on recognizing and examining the relations between combinations of those intersections. Race, gender, sexuality, and class are usually the most often used, given that they encompass easy descriptors for many people.

1. Intersectionality lays the foundation to pay specific attention to historically marginalized minorities who have been sidelined even by feminism.

Feminism shouldn’t be a case of “let’s focus on this one issue now and we’ll get to yours later,” indeed, some issues can’t be separated from the people they affect.

2. Race needs to be placed alongside gender politics given that the history (and unfortunately, the current form) of mainstream feminism is that women of color are erased or omitted entirely.

3. Women of color earn less than both white women and men and are thus restricted in opportunities for social mobility.

In 2013, white women were paid 78 percent of what white men were paid, whilst African-American women earned 64 percent and Hispanic and Latina women only 55 percent. Picking apart these statistics requires a focus on class and race issues as well as gender politics, in addition to the relationship between these categories.

Bisexual women are disproportionately more likely to face discrimination, poverty, and poor mental and physical health than lesbian and gay people. Bisexual women of color and indigenous women are even more likely to experience sexual assault. Intersectionality provides the framework to discuss how and why these experiences happen beyond the boundaries of gender politics as an area of study.

5. 72 percent of anti-LGBTQ homicide is carried out against transgender women and 89 percent of those are women of color.

Both these statistics need to be understood within various contexts; of transgender people within the LGBTQ community, of transgender women, and of transgender women of color. This is before even considering class or sexuality. As with violence committed against bisexual people, recognition and acknowledgment of the crime is still a problem. More needs to be done to address these issues, and intersectionality has a contribution to make, namely that of determining the relationships between intersecting identities, alongside practical applications to protect people.

6. All of the above elements intersect in different ways for different people; some will come into play to a larger degree than others in various situations.

Basically, not everything is relevant all the time and more than one thing is relevant at any one time. This may sound a little obvious but given how mainstream feminism treats these issues as competing interests, rather than intrinsically related facets of individuals, it bears repeating.

7. The voices that shout the loudest (or are more quickly heard) are that of white, middle-class, cisgender, able-bodied white men and women.

Intersectional feminism is specifically geared towards recognizing, discussing and acknowledging the opinions of women or non-binary people who don’t belong to any or all of those identifiers.

Feminism needs to evolve beyond sameness into a concept more open to the fluidity of individuals’ lives.

9. For historically marginalized groups any movement that claims to be “inclusive” needs to specifically address the concerns of that group; if we’re all in for representation we need to be all in for every kind of feminist.

This includes categories of identification beyond race, gender, class and sexuality — for example, disability rights or postcolonial analytics.

10. People who face more than one form of oppression shouldn’t be put in the position of choosing which part of their identity needs to be paid the most attention; it’s all relevant.

Nobody should have to stifle parts of their identity for the apparent “greater good.”

11. Intersectionality is a way of stepping back and taking in a wider view of how oppression functions.

Rather than viewing it one “issue” at a time, it makes more sense to view multiple intersections and how they relate to one another. People don’t have just one thing going for them at once.