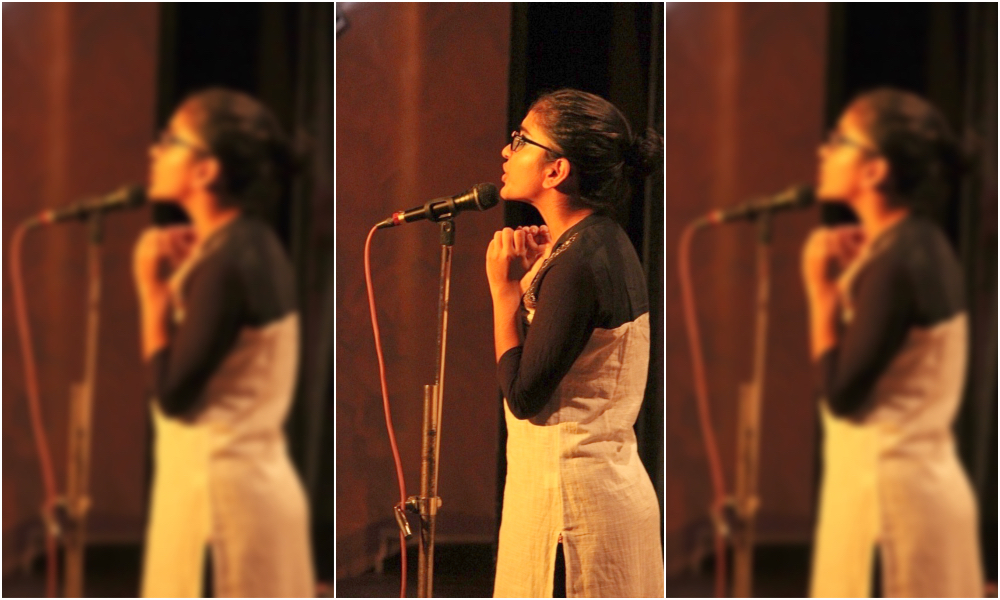 I am not free while any woman is unfree, even when her shackles are very different from my own. – Audre Lord

In the face of injustice, your act of speaking up is as political as remaining quiet. Someone told me this a while ago. It precisely sums up why all of my social activism started.

Growing up wasn’t all that bad for me. I was taught to always be self-sufficient, independent and ambitious. Never once were marriage, domestic chores, or other stereotyped behaviourial patterns drilled into my head. I have been so fortunate to be in such a familial environment growing up. But this also made me realise, being in a state of privilege, that it is of greater significance to speak up for the ones who aren’t in the right state of conditions, for the ones who can’t find that voice inside their head that asks them to break away from their unjust circumstances.

I have always been a very sensitive person. I am not sure my 11-year-old self exactly understood what rape meant, but I cried for two hours straight upon hearing that detailed description of the brutality of the 2012 Delhi gang rape. The chaos of thoughts in my head at that instant cannot be expressed in words. That was the first time I felt that pang of helplessness in my heart realising that an injustice happened somewhere far away from the set of situations I was cushioned around.

As days and years passed by, it seemed that the number of such dreadful instances in every corner of India multiplied. I knew that just sitting back and watching was not something I could afford to do. Rohtak, Assam, Kerala, Mumbai, Jammu, Bengal—the names and locations changed, but the description of the brutality was the same. Their faces looked alike. Then, slowly, it wasn’t them anymore. It became us. As I entered my teens, I started recognising my vulnerabilities. At every instant, the thought rang in my head—”what if it was me?” This is exactly what women of this country go through. There isn’t an ounce of exaggeration in that. All of it was piling up in my head. With each passing day, I was constantly looking for a medium to vent out. I was looking for a way to channel my thoughts in a way that was productive for others. 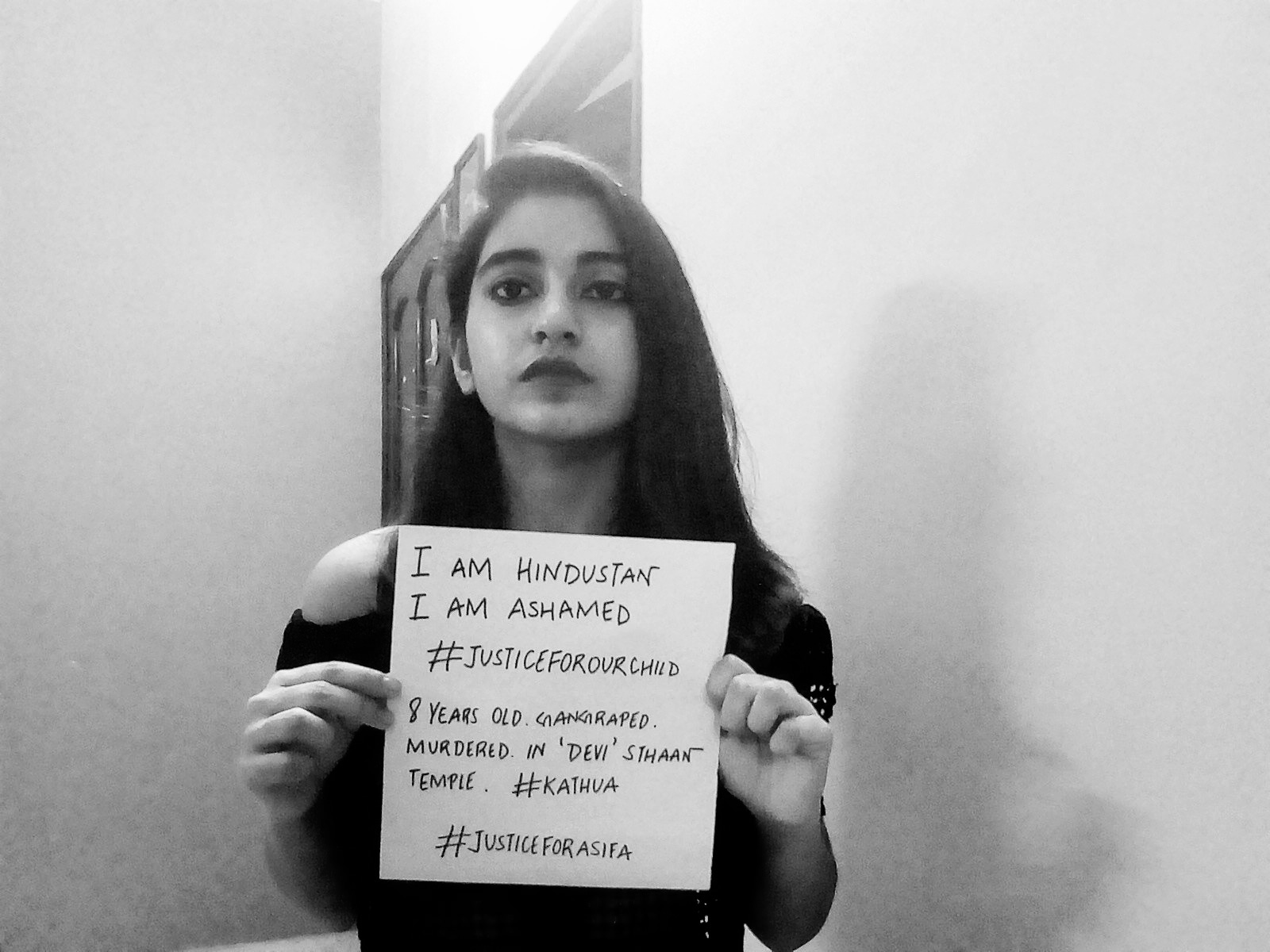 It started with an Instagram page, now called “un-gender.” I start it on the day Trump took office. The thought that a man who cultivates such misogyny and has failed to show respect for women could end up occupying such a high position of power was appalling to me. There was no accountability. Misogyny had been normalised to an unbelievable extent. This was almost exactly two years ago. All of these thoughts lead me to feel the need to voice my opinion. I was 15 years old then. I didn’t know much about blogging or using any other platform. So, the social media which I often used casually came to my rescue.

I had absolutely no idea that that day’s random decision would lead to something so significant in my life. I began by sharing gender-specific artwork, pictures of protests happening in every corner of the world, news about gendered crimes or laws around the world. The best thing that happened was to be able to connect to people across the globe. Ecuador, Washington, Poland, Geneva, Australia, Mumbai, Delhi, Udaipur—I have gotten tons of stories from people in all of these places. Stories about their everyday struggles. Being a woman or a queer person who faced harassment, bullying, abuse, outrage. That had become the reality of certain minorities. Stories that connected me to them. Religious, cultural, or geographic, none of the differences even mattered. The stories of our fights and battles and our dreams and aspirations were so alike, yet different from one another.

I decided to start a blog, Gender Justice, to tell such stories. Each of the stories of ordinary people from across the globe inspired me, and I thought there were so many others who deserve to be inspired that way, too. Blogging gave me the opportunity to elaborately write about issues that I was trying to address. Because Instagram is more about connecting to people through pictures, I continued with both.

I started off with women’s rights as my sole agenda, but it is because of the wonderful conversations I had with so many beautiful people that I slowly became an LGBTQ+ rights advocate as well. My blog has not only been a medium for educating others and spreading awareness; it has been a constant process of growing for me, for educating myself. I have studied and learned so much about transsexuality, gender fluidity, intersectional feminism— things that are still not “mainstream.” I heard personal stories of fights and challenges that made me mentally and emotionally attached to the agenda I’m working on. I also raised a sustained digital advocacy campaign against the taxation of sanitary napkins, and one called #NotAskingForIt, against body-shaming among others. 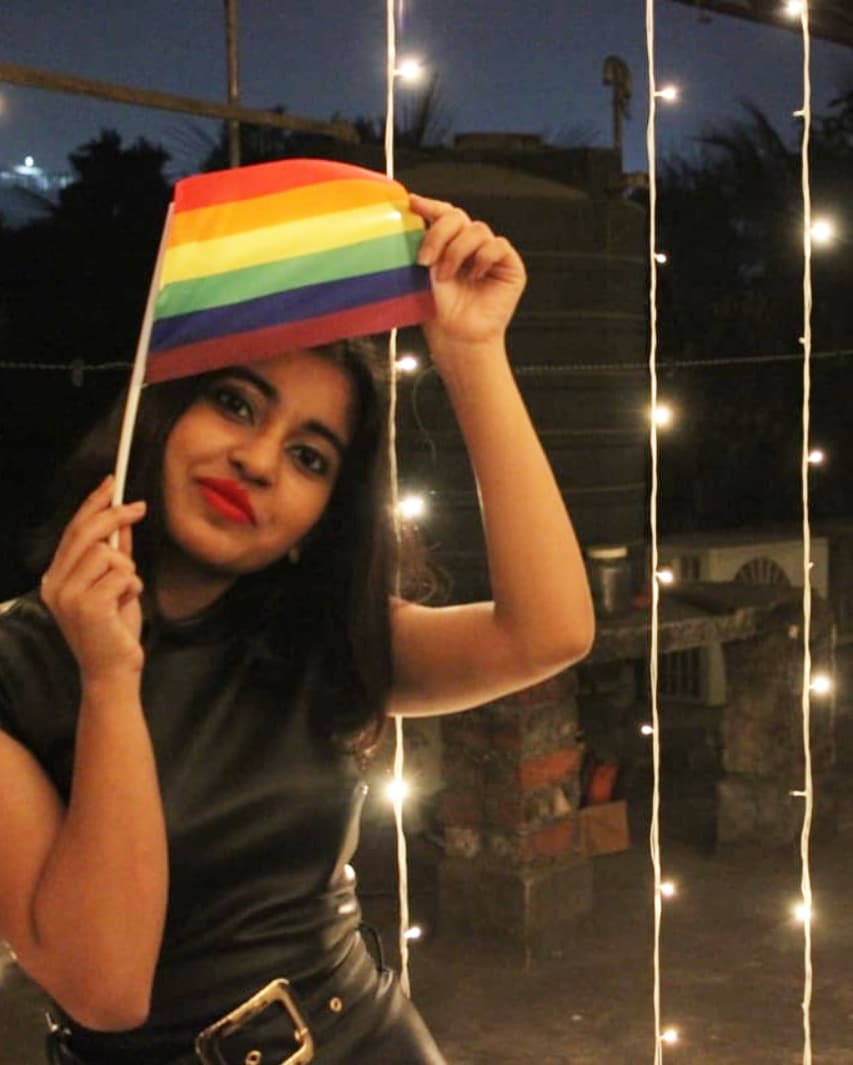 My blog has a predominantly global viewership, but I wanted to talk more about problems specific to India. I came across this wonderful platform called “Youth Ki Awaaz” (“Voice of Youth”). I began writing on YKA about India’s political situation, the representation of women in government, the state of legal machinery and the lack of menstrual hygiene within the country, among other things.

Besides my own platforms, I have worked with and for organisations like “SheSays India,” which provides free legal and medical aid to sexual assault survivors, “Postcards for Peace,” a peace organisation that works to eliminate injustice, discrimination, and “Me, The Change,” a campaign that encourages first-time women voters to cast their votes and voice their demands and opinions. I believe that unless young people hold the ones in power accountable, the world won’t witness change.

The two-year-old activism and advocacy of my 18-year-old self isn’t a tale of great things. It is a tale of tiny efforts and great dreams and a lot of hope. I have a long, long way ahead, but this is to remind all of you that I started my activism at age 15, coming from the most favourable of familial circumstances.

I don’t have a story of a struggle to tell the world, but I try to be a medium for the stories of countless others. Something crazy or sudden or drastic doesn’t have to lead you to start your social activism. The smallest efforts count the most. It is important for young people to realise that every moment, while you’re being reluctant or ignorant, there’s somebody facing injustice out there. The least we can do is speak up and put in efforts in whichever way possible.

Prakshi is an 18-year-old blogger and gender equality advocate from India. She has worked as the Gender Advocacy Leader at SheSays India, a UN acclaimed women’s rights organisation. She is the Global Goodwill Ambassador from India for Postcards For Peace, which is a UK registered peace organisation and charity foundation. She is a campaigner for "Me The Change," which encourages first-time women voters to exercise their right to vote. She preaches intersectional feminism, advocating for women’s rights and queer rights. She is the founder of the campaign "ungender." Prakshi has been an active campaigner for tax-free menstrual products until the Indian government scrapped taxes from menstrual hygiene products. She also considers challenging toxic masculinity and including men into the conversation of feminism as an integral part of the process of change.