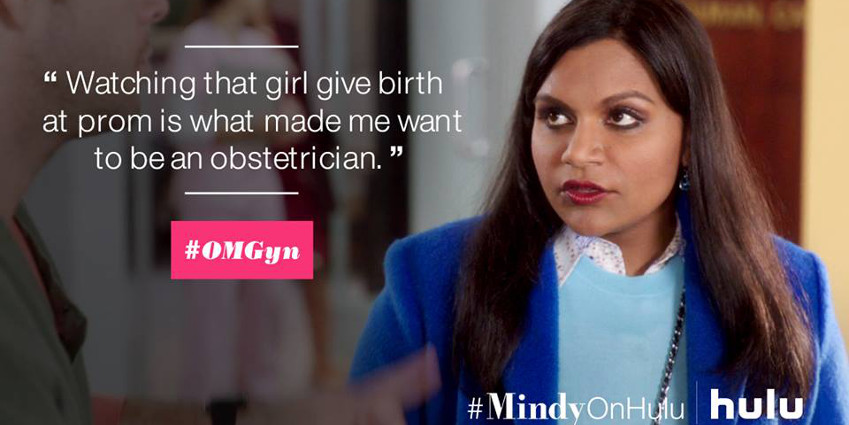 It’s been four episodes since we last saw Dr. Danny Castellano, and it’s become unbearably apparent to everyone in Mindy’s life. Mindy is unable to stop talking about Danny, and everyone is tired of listening.

While she is posting up flyers to sell her apartment and talking about her husband, a man named James overhears her and tells her he is going through the same thing—however, while Mindy thinks that they are both talking about their spouses, who they haven’t seen in a long time, he thinks they are both widowers, so he invites her to a bereavement support group. Mindy only figures this out when James brings a woman named Loretta from his bereavement group to look at Mindy’s apartment, and when Peter figures out that they all think that Mindy’s fiancé is dead. Mindy tries to clear up the misunderstanding, however, Loretta offers to pay more than the asking price for the apartment out of sympathy, so Mindy plays along.

Peter decides to pretend to be a widower as well when he finds out that James is hosting a party for the bereavement group, and the New York Knicks will be in attendance. However, Mindy is missing Danny more and more, and at the party decides to come clean to James. However, when trying to fess up, James kisses her, after which she admits to the entire party that she was lying about her fiancé being dead, and leaves the party.

While the A-plot with Mindy, Peter, and James dominates the majority of the episode, a small portion of the episode returns to the relationship between Morgan and Tamra. After Colette and Morgan crash Tamra’s music gig and hear her singing about a past relationship, Morgan is convinced that Tamra is still madly in love with him. She shoots back at him, telling him that she’s just using her relationship with him to make her music more relatable, like Taylor Swift. However, later she unconvincingly tells Colette that she “barely thinks about Morgan all the time.”

My favorite part of the episode had nothing to do with either of these plots—it was at the end, where Peter and his wife (who flew in to yell at Peter for pretending she was dead) admits that they think Mindy’s relationship with Danny is unhealthy. This is something I’ve felt for a really long time, particularly regarding how Danny tends to call the shots and Mindy goes along with it. This has only been exacerbated with the presence of Leo in their lives and has been shown time and time again this season when it comes to distribution of parental duties, and when deciding whether or not Mindy should be a working mom.

I like that “The Mindy Project” has made this a multi-episode arc, instead of an issue is addressed in one episode and then tucked under the rug.

Given that the episode ends with Mindy calling Danny to tell him to come home immediately, only to hear ‘Fat-Bottomed Girls’ (Danny’s ringtone) playing right outside of her door, and with Mindy gasping “He’s home”, I’m curious to see how this will play out for Mindy’s career and for her relationship with Danny (and Leo) now that he’s back.