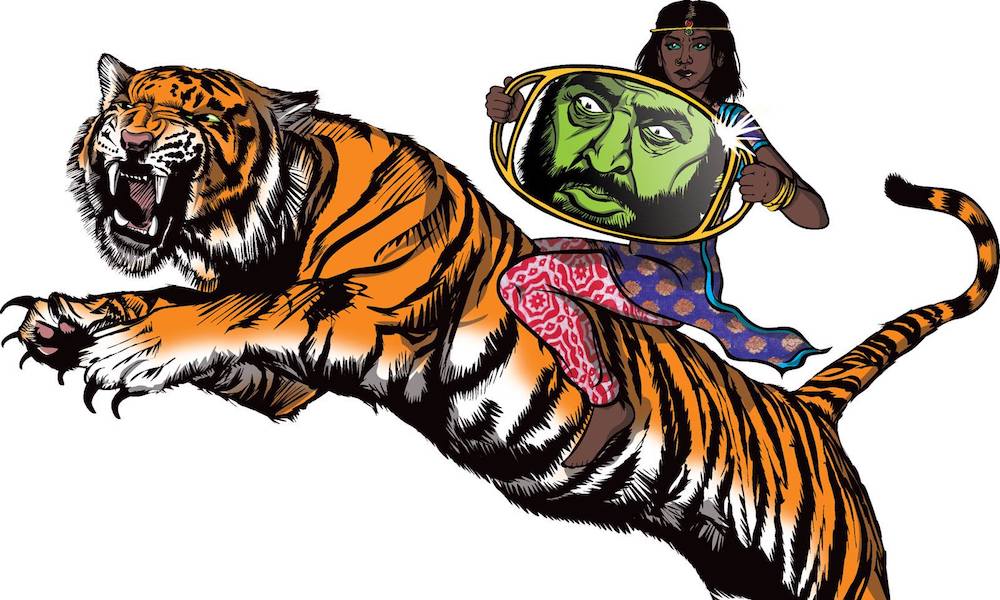 Since it premiered on February 16, “Black Panther” has made nothing less than major waves. The highly anticipated film grossed more than $200 million during its opening weekend, having the most successful opening week of any Marvel film ever. It has since gone on to make almost $1.2 billion internationally, making it the 12th most profitable movie ever made.

However, the film has been much more than just a financial success. With Afrofuturist themes, a strong cast of female characters, and one of the most complex antagonists portrayed, “Black Panther” was unapologetic in its empowering visual themes and poignant social message: This is what it means to be black and a comic book superhero. It proved to the predominantly white male Hollywood industry that representation matters. The film has become a cultural phenomenon. It offers hope that this is just the beginning for minority filmmakers who want to tell big-budget stories. It offers hope for the many lesser-known minority heroes from comic lore, who represent strength, power and hope for underrepresented communities. But you don’t have to wait for them to make it to big screen. Here are five South Asian superheroes you need to know about right now. Because let’s be honest: We need someone to save our sanity, too.

Where you can find her: X-Men (Marvel Comics)

Her super story: Karima Shapandar, a.k.a. Omega Sentinel, made her debut in X-Men Unlimited #27 in the year 200 as a detective for the Indian National Police. During a case to find the missing son of the police chief, Shapandar was captured by an anti-mutant organization and transformed into a powerful and cybernetic Omega Sentinel. The enhancements gave her superhuman strength and several technological abilities, including holographic projections to flight and the ability to track anyone and anything.Though Shapandar was initially a villain in the X-Men comic run, programmed to destroy mutants, Professor X and Magneto, two of the X-men’s most recognizable characters, interrupted and erased that programming. Shapandar subsequently joined the X-men, still under the Omega Sentinel alias. She went on later to fight for both Professor X and Magneto. Shapandar’s current arc follows her journey to recover parts of her memory lost in an injury from her last expedition.

What makes her awesome: Part of what makes Shapandar so ridiculously cool is the parallels between her and many first-generation South Asians today. Themes of religious faith surround her character arc, and as a devout Hindu, Shapandar struggles to reconcile her faith and belief in karma with her new cybernetic body, which she views as a curse. She is unable to come to terms with what her identity is supposed to be. Her tale is a fish out of water story, with Shapandar forced to deal with situations out of her control.

Where you can find her: The Avengers (Marvel Comics)

Her super story: Of all the superheroes on this list, most notable is Kamala Khan, a.k.a. Ms. Marvel. Making her debut in Captain Marvel #14 in the year 2013, Ms. Marvel went on to have her own successful solo series, with editor Sana Amanat even gaining praise from former President Barack Obama. Khan’s story is about a Pakistani-American Muslim teenager from New Jersey just trying to be “normal” as she struggles to navigate both her Pakistani and American identities. Her arc is as nuanced as the struggle itself. She comes from a strict Muslim family. Her mother doesn’t want her to talk with boys, her father wants her to grow up to be a doctor, and her brother holds very conservative beliefs. At school, Kamala constantly faces comments about her ethnicity, both derogatory and ignorant. She gains the ability to shapeshift and takes on the alter ego of Ms. Marvel, mirroring her blonde-haired, blue-eyed superhero idol Captain Marvel (who has her own movie set to release in March 2019 by Marvel Studios).

What makes her awesome: Khan’s powers are in and of themselves a metaphor for the identity conflict most first-generation South Asians face—particularly today. In the volatile political climate of the Trump presidency, Ms. Marvel became another symbol of resistance for minorities and young women throughout the nation. Writer of the series G. Willow Wilson has described Khan as being a character that is meant to resonate with “the universal experience of all American teenagers, feeling kind of isolated and finding what they are.” Khan just happens to be a Muslim-American, making her story all the more powerful.

Where you can find them: DC Comics

Their super story: Aruna is perhaps the most complex yet least known character on this list. Aruna is a shapeshifter whose parents were never able to determine their gender. As such, they prefer the they/them/theirs pronouns (although in the comics, Aruna is usually depicted in the female form). Adding another layer of complexity to her character, Aruna is born to a Dalit family. Dalits are a heavily marginalized group still face extreme discrimination and lack many of the basic rights and protections granted to individuals of higher caste. Ranked the lowest in the Indian caste system, those in the Dalit class are often referred to as “Untouchables” and are simply denied many of the privileges granted to those in higher castes. Aruna made their debut in the Batgirl Annual issue in 2000, which ended up being their only performance. Although they had a positive relationship with their parents, Aruna was forced to flee from them very early on in their childhood by a group of mysterious men in suits. Aruna discovered shapeshifting powers when confronted by a group of male bullies and used the powers to ward them off. They then took advantage of their special ability to break into the Bollywood film industry as a successful actor and special effects artist. Aruna collided with Batgirl and Batman when the Gotham City duo came to Madras to investigate the kidnapping of a teenage movie star.

What makes her awesome: Even though Aruna was only shown in a single comic run, their arc explored the proclivities of gender identity and fluidity, as well as the uncertainty and lack of a sense of belonging that came with those struggles. Aruna was often existential in thought, and, due to their upbringing in a Dalit family, always had a penchant for social justice. As both America and India begin to have societal conversations on privilege and representation, Aruna serves as a symbol of intersectionality, reminding us that feminism and social justice are for everyone, regardless of privilege.

Where you can find her: PriyaShakti.com

Her super story: Priya Shakti is a character who symbolizes empowerment and nonviolence and is a voice for both survivors of assault and their allies. Created as a response to the 2012 gang rape in Dehli by writer and filmmaker Ram Devineni, Priya Shakti’s comic, which can be downloaded for free online, reflects the deeply entrenched male-dominated culture of India and how survivors of rape and sexual assault are not given the support—emotional, financial, or otherwise—that they need. Devineni chose deliberately to have Priya come from a rural family so as to appeal to as many individuals as possible. Her story is also purposely set against the backdrop of Hinduism and its mythology, the religion of choice for about 80 percent of India’s population. Since her debut, Priya Shakti has been sparking conversations about social issues and has leapt off her comic panels to augmented reality art murals, as well as becoming one of the symbols of the nationwide protests against the 2012 Delhi rape case. Though her comic only spans two issues at the moment, Priya Shakti has most certainly been making waves internationally.

Why she’s awesome: Priya Shakti’s story is still influential with the rise of the #MeToo and #TimesUp movements, challenging the constructs of rape culture and misogyny, as well as giving voice to and supporting those who have survived sexual assault or misconduct. Priya is not your typical superhero. She doesn’t wear a cape or a mask and doesn’t possess the usual superpowers of physical strength, flight, invisibility, etc. Instead, Priya Shakti possesses the ability to change minds, granted to her by the goddess Parvati herself. Her sidekick? A tiger. Her arch-nemesis? Gender-crimes and the patriarchy.

Where you can find her: MI-13 (Marvel Comics)

Her super story: Faiza Hussain, a.k.a. Excalibur, debuted in Captain Britain and MI-13 #1 in the summer of 2008, created by writer Paul Cornell with input from a panel of Muslim women.Hussain had a particular fascination for Marvel’s team of British superheroes, The Knights of Pendragon, and looked up to them and the ideals they stood for. Deciding to pursue a career as a medical doctor in Britain, Hussain found herself working triage during a full-on invasion by an alien species known as The Skrulls (who are the antagonists in the upcoming Captain Marvel film). She was knocked out when her base of operations was attacked and, in her unconscious state, dreamt of Excalibur. When she came to, she discovered that her medical knowledge and skills were vastly expanded. Hussain gained the power to completely disassemble and reassemble any individual or object down to their atomic components without causing them pain. When The Skrulls were defeated by The Knights with the sword Excalibur, Hussain rose up and pulled the sword out of the stone where it was left, thus taking on the moniker of Excalibur for herself.

What makes her awesome: Cornell wrote Hussain to be very connected to her faith but made sure she didn’t “represent the entire British Muslim world all the time.” Cornell describes Hussain as a character with heart and soul who is still very much into “mainstream British young woman culture.” Her down-to-earth personality and fascination for all things pop culture and social media despite her tremendous abilities make Hussain a quintessentially relatable superhero.