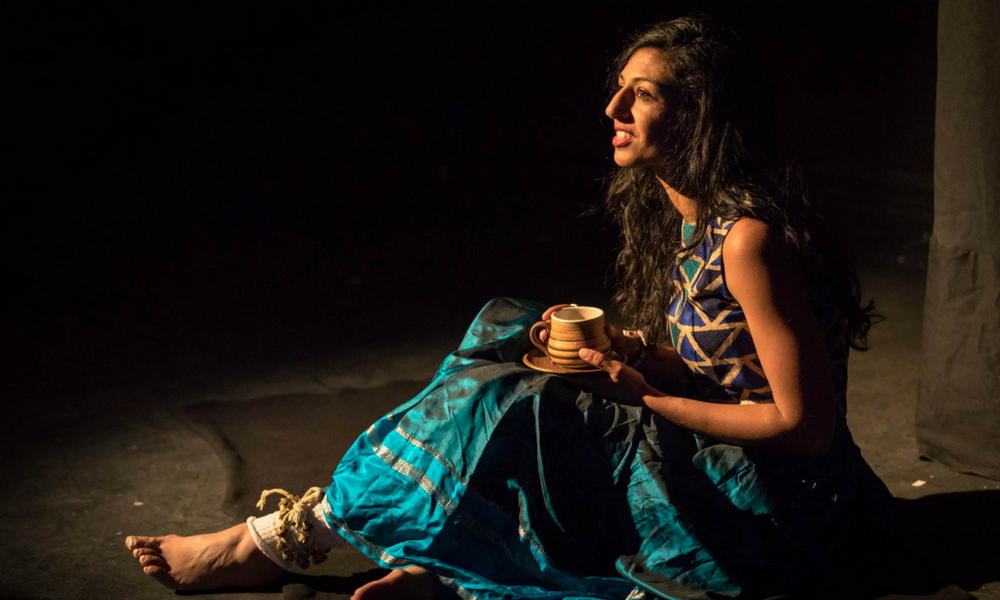 In September 2017, I walked into a solo playwriting workshop not knowing what to expect. I hadn’t acted on stage in 10 years – never mind creating and starring in my own show.

After years of stashing my creative desires – my ambitions to write a book, to birth something uniquely mine, to merge together my love of critical thought and the magic of theatre into a corner of my brain, convinced I’d dig them up at some point when life decided it would give me a break, I set the intention to write. And write I did.

I wrote everywhere, filling my many notebooks and my phone with emotional poems, deep metaphors and existential commentary. Wordy journal entries, character play, a stream of consciousness reflections and candid political statements begged to be heard out loud.

Suffice it to say, the process was scary. A lot of teenage trauma was unearthed. Many tears were shed, and anxiety levels were at an all-time high. Ten weeks later, though, reviewing the result of my hard work – “50 Shades of Brown Girl” – was magical.

The play explores the layers of brown girl identity through the language of color, embedding my own personal narrative with universal themes of belonging, being, and becoming. I employed the use of symbols and metaphors like the spicy aroma of a hot cup of chai, my unique name, the long braid I wore until age 14 and the diverse shades of the color brown that I embody at different times, in different spaces and with different people.

In his book “Brown,” Author Komal Al-Solaylee writes that brown is the vanished race: “Brown is not white. Brown is not black. Brown is an experience, a state of mind, a world hiding in plain sight.” Color psychologists and designers have described brown – in all its shades and hues – as solid and earthy, but also as drab and boring, “always the bridesmaid and never the bride.”

This is brown, as I describe it:

Brown – a color, an experience, a lifestyle, a journey, a tapestry, a canvas of story.
Brown is the most perfect way to describe me.
I’m proud of my Indian heritage.
But being Indian, Punjabi, Hindu, doesn’t mean as much to me as being brown does.
Wherever we might come from, being brown unifies us beyond national, religious, and caste affiliations.
We are all brown and share so much with each other in our brownness.

In “50 Shades of Brown Girl,” I use these associations with the color brown to make both a political and artistic statement about race, racism, gender, home, family, belonging, about the privilege of being “colorblind” and about the evolution of my identity as a young brown diasporic woman in Canada.

These are my shades of brown that I explore in my play:

She is the quintessential background color, trying to blend in, unsure of where she belongs. She is caught between feeling like a ‘coconut’ and wanting to fit in with the other brown girls who listen to hip hop and bhangra remixes, boast an urban lifestyle, hang with other brown people and always look sexy and confident.

At home, she is Indian – she watches ‘90s Bollywood films, learns classical Indian dance from her mother and eats Indian food with enthusiasm. Outside, in the world, she’s confused about who she is. 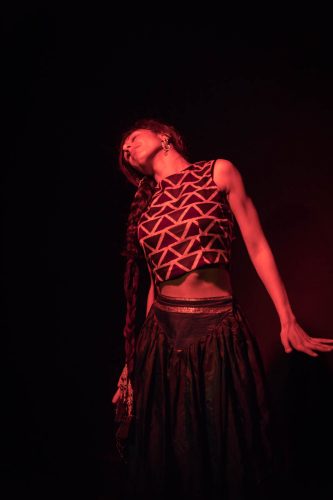 She is strong, resilient and filled with rage. She demands justice and has no more patience for the abuse of power, for being treated differently. She is unapologetic. She is fierce.

She is exhausted. She is uncomfortable with silence, but when she herself is silenced, she cannot help but feel vulnerable. She still suffers from the trauma of her teenage years, when she stuck out like a sore thumb and being tokenized and victimized were considered normal parts of growing up. She won’t stay silent any longer. 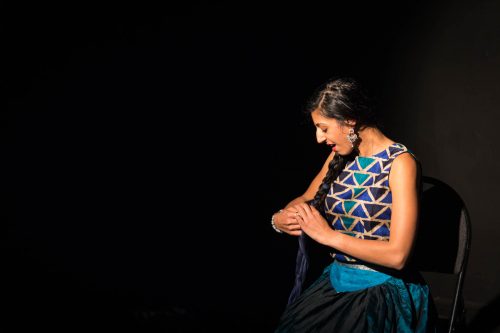 She is nostalgic for home, unsure of where home is. She feels like she is in between two places, two cultures. She yearns for connection and togetherness, remembering the warm smell of chai that reminds her of warmth and family.

She feels left alone, left behind, left in the bitter Canadian cold while the rest of her family is drawn towards the Indian heat and sunshine. She feels pulled in both directions and doesn’t know which one she should choose. 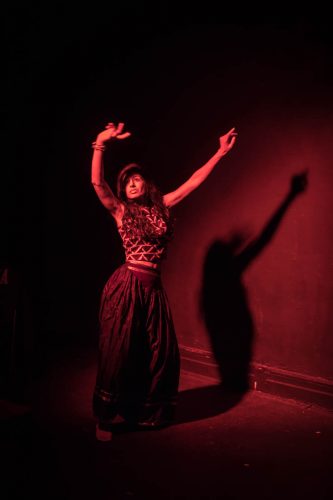 She is proud, confident and fiery. She is an inspiration, a mentor for others. She values tradition and history, but she likes to break the rules, break boundaries and challenge expectations.

She is independent and spunky, rooted in her family history, but making history in the diaspora. She defies the labels that people place on her, creating and defining a unique brown identity that evolves alongside her. She glows because she knows who she is, she knows what she stands for, and she acknowledges the village that brought her here.

I am all of these shades of brown, and they are all part of who I was during my childhood, who I am now and who I want to become.

In addition to capturing the evolution of my personal identity through color, “50 Shades of Brown Girl” also pays homage to the politics of hair and how closely these politics are tied to identity struggles in places like Canada, especially for women. In my story, braided hair symbolizes my journey from confusion to confidence. It also symbolizes the complexity of expressing my brownness with bits of white, red, yellow and gold woven into it.

“50 Shades of Brown Girl” is my attempt to heal myself from years of isolation felt during my childhood. It is my attempt to reclaim my identity as an artist and give birth to something that can also heal others.