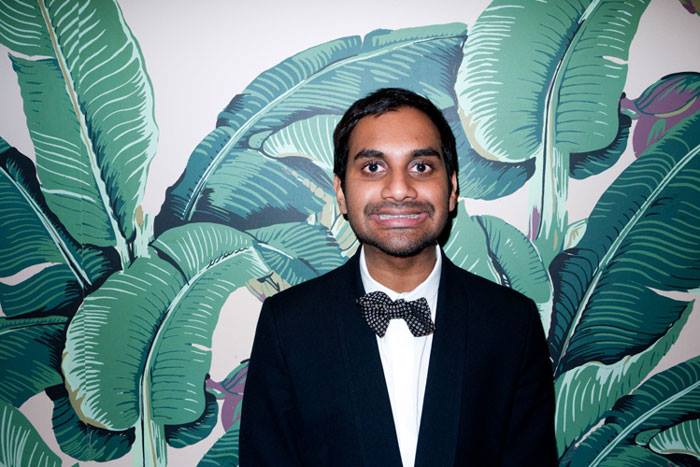 Aziz Ansari is no stranger to keeping it real, on or off screen. Most recently, the “Master of None” actor wrote a piece in the The New York Times about why Donald Trump makes him scared for his family. This piece was poignant and verbalized numerous concerns that plague the country as we enter the final phase of the 2016 presidential election.

In the opening few paragraphs, Ansari wrote, “I realized how awful it was to tell an American citizen to be careful about how she worshiped.” He is referring to his mother, someone who became an American citizen. Part of Ansari’s mother’s identity is American and part of what makes America a desirable place to live is the fact that is a melting pot.

America is not a homogenized place to live where one ethnicity and race is so prevalent, or at least it should not be. The current political climate that has engulfed America and even to an extent Britain is one of xenophobia and it threatening to divide people based on solely on race. Good people exist in every race as do the inherently evil.

Ansari examines the Muslim-American population in this paragraph:

“There are approximately 3.3 million Muslim Americans. After the attack in Orlando, The Times reported that the F.B.I. is investigating 1,000 potential “homegrown violent extremists,” a majority of whom are most likely connected in some way to the Islamic State. If everyone on that list is Muslim American, that is 0.03 percent of the Muslim American population. If you round that number, it is 0 percent. The overwhelming number of Muslim Americans have as much in common with that monster in Orlando as any white person has with any of the white terrorists who shoot up movie theaters or schools or abortion clinics.”

In a recent piece, we explored terrorism and how it is defined in the U.S. In the post 9/11 political climate, terrorism is synonymous with brown people, not with all people who commit mass shootings.

“I myself am not a religious person, but after these attacks, anyone that even looks like they might be Muslim understands the feelings my friend described. There is a strange feeling that you must almost prove yourself worthy of feeling sad and scared like everyone else.”

Everyone has a story about how they’ve had to prove themselves as loyal Americans. A friend of mine told me that in his neighborhood on the East Coast, his family has to place an American flag outside of their house to avoid being ostracized and stared at. It is well understood that there are extremists in every culture, in every race, and that if all people are measured by extremists then every race would be terrible and terrorists.

Recently, I overheard a British man at the airport saying something about a shooting and then laugh.

He later said, “I probably shouldn’t say that in the airport.” No one even gave him a second glance. I turned to the man and I said, “If you say that you’ll be fine, but if I say that, I’d probably be arrested.”

He laughed again, as did the other passengers and they all shook their heads in agreement.

4. Getting Used to Strange Glances

“I understand that as far as these problems go, I have it better than most because of my recognizability as an actor. When someone on the street gives me a strange look, it’s usually because they want to take a selfie with me, not that they think I’m a terrorist.”

Ansari captures what the brown people experience daily very well here. Wherever and whenever I travel, like most brown people, we know to leave tons of extra time for security, men will shave their beards and mustaches, and you know you’re going to get triple checked at airports. I was screened at Disney and Universal when I wore a dress with no room to carry/store anything else. It’s become accepted that you’ll get racially profiled. Now this isn’t to say security and checks aren’t needed, they are, but that should apply to everyone.

I’ve also heard people say, “but all brown people get checked because of Muslims and what they’ve done.” Let’s examine that statement for the level of ignorance it promotes. Extremists ruin things for everyone, not just an entire race. To say that only Muslims are terrorists is simply untrue. Once again, look at Sandy Hook or Columbine; anyone committing a mass shooting is a terrorist.

“But I remember how those encounters can feel. A few months after the attacks of Sept. 11, I remember walking home from class near N.Y.U., where I was a student. I was crossing the street and a man swore at me from his car window and yelled: “Terrorist!” To be fair, I may have been too quick to cross the street as the light changed, but I’m not sure that warranted being compared to the perpetrators of one of the most awful incidents in human history.”

Every brown person has a story about 9/11. Here’s one of mine:
I have a family friend, an Indian man, whose birthday is on September 11. Obviously, we can never publicly celebrate his birthday because the one time we had a party on his porch we got the weird and suspicious looks. It was his birthday and yes it was September 11, but no we were not celebrating the tragedy that occurred.

Strange looks and racial profiling have become the norm.

“The vitriolic and hate-filled rhetoric coming from Mr. Trump isn’t so far off from cursing at strangers from a car window. He has said that people in the American Muslim community “know who the bad ones are,” implying that millions of innocent people are somehow complicit in awful attacks. Not only is this wrongheaded; but it also does nothing to address the real problems posed by terrorist attacks. By Mr. Trump’s logic, after the huge financial crisis of 2007-08, the best way to protect the American economy would have been to ban white males.”

As racial profiling has already become the norm, it is the foundation on which Trump’s statements rest and are allowed to fester and grow. Fear and hate make the most beautiful person ugly and that’s exactly what is happening. It is understandable that people fear what they do not know but to allow that fear to control you is what led to things like the Holocaust and the Rwandan Genocide. When Ansari calls out Trump, he does what any parent does to an errant child, he checks them and put them back into their place. Donald Trump, like any other person, needs to be checked and held accountable for his statements and actions.

[Read Related: We Can’t Use Gun Control as an Excuse to be Racist]

“One way to decrease the risk of terrorism is clear: Keep military-grade weaponry out of the hands of mentally unstable people, those with a history of violence, and those on F.B.I. watch lists. But, despite sit-ins and filibusters, our lawmakers are failing us on this front and choose instead to side with the National Rifle Association. Suspected terrorists can buy assault rifles, but we’re still carrying tiny bottles of shampoo to the airport. If we’re going to use the “they’ll just find another way” argument, let’s use that to let us keep our shoes on.”

Mental health is a topic that’s grossly neglected in this country. Military-grade weapons belong to the military and not in the hands of those who need mental health help. If someone is going to argue about the second amendment, then realize that amendment was written when the right to bear arms was a necessity. The Constitution needs to be updated as people and the needs of the people evolve.

If people claim they need guns at home to protect themselves, then that’s also fine but why with military-grade weaponry?

In essence, Ansari’s piece calls out Trump and holds him accountable for his actions. It both vocalizes and addresses the numerous concerns held nationwide in a way that most people cannot. This is why it works and why it should be read.