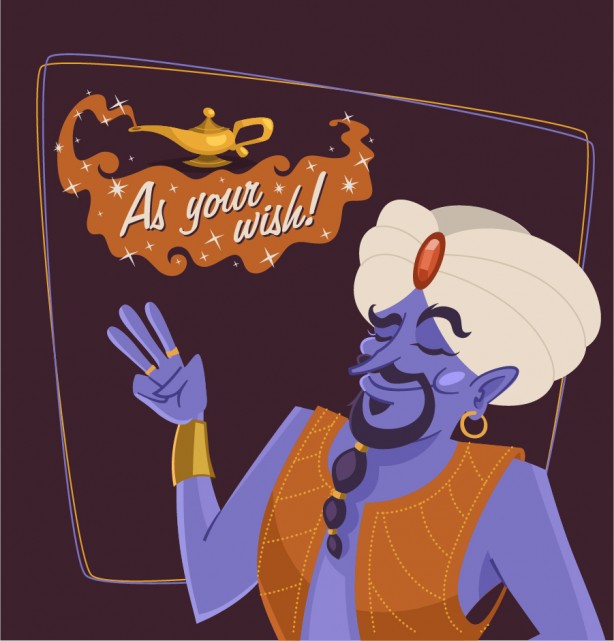 With the New Year just a few days away, I have some wishes I want to get off my chest. I know not all of them will come true because, let’s be real, we don’t have easy access to rub Genie’s lamp, but we do have the power of written word. Share my wishes with your friends to start a revolution in 2016!

1. Acknowledgment of Other Races

I was raised in a neighborhood with mostly Caucasians my entire life. For years, I’ve had trouble explaining my background to you, but I’d really love it if you’d acknowledge that I’m not white, rather, I belong to a different race and ethnicity. That means, I am, in fact, bothered by racist statements and unequal treatment. So, to make it less awkward and easier to understand, I want you to talk about race with me.

2. Your Support on Important Issues Matter

It’s not easy being Indian-American living in a post 9/11 world. When you don’t say anything to stick up for my people when they are discriminated against, it hurts a lot. But fellow peers and friends. will you stick up for me when the time comes?

I don’t mind the fact that you enjoy white privilege, but it bothers me when you claim it doesn’t exist. It invalidates the negative experiences that I’ve had to deal with, specifically because I’m a different race. I don’t hate you for your white privilege but am a tad envious and want some myself.

[Read Related: How One Brown Girl Embraced her Hyphenated Identity Thanks to College and Upma]

Micro-racism consists of the little daily assumptions and actions one partakes in that are deemed racist. If you could just feel how much my heart sinks when I hear a racist joke come out of your mouth. It’s not funny when you joke about shooting Muslims or black people because it actually happens all the time now days.

5. Ask Us About Our Experiences

I would love it if you would ask me about the social wrong doings I encounter. I want you to hear about what I’ve faced and become aware of it so you don’t repeat the offense by accident. Listening to us is the biggest wish of all.

6. Become More than a “White Ally”

I personally am not the biggest fan of the term ‘white ally.’ I do want an ally, instead I want a friend. I don’t want to call you a ‘white ally’ because I more than understand what it feels like to bear an entire race on my shoulders. I much rather talk to you as a comrade in arms about race, just without the  many personal labels getting in the way while we try to break down the big societal ones.