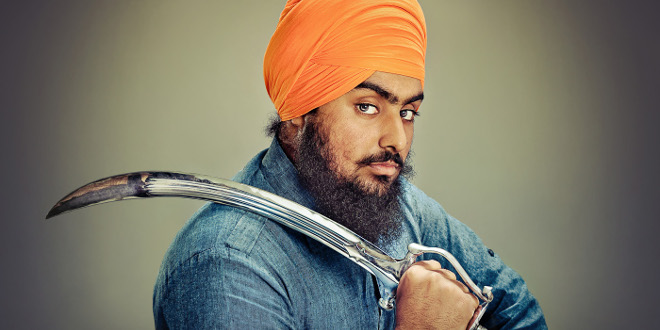 British photographers Naroop Singh Jhooti and Amit Amin introduced Sikh awareness to the international community through “The Singh Project.” Comprised of 35 portrait-styled photos, audiences are able to view the strong dynamic looks of Sikh men from the UK.

Ideally, the project seeks to visually explore the beauty, traditions, variety, and modernism of Sikhism in the contemporary world. Participants of the “The Singh Project” come from a variety of different occupations varying from IT professionals to magicians. Each portrait has a distinct quality that enables the photo to similarly share the context of the exhibition but retains it’s own unique story. Viewers remain engaged in the different ages, looks, and fashions of Sikh men today while consciously absorbing each photo’s  contribution in appreciating the beauty of Sikhism within society.

The success of “The Singh Project” has been momentous. Originally gaining attention from Jhooti and Amin’s Kickstarter campaign, the photography-duo set a goal of £7,000 to fund an exhibition of over-sized prints for the “The Singh Project,” they ended with  £10,075.

At present,  “The Singh Project” won third prize at PX3, Prix De La Photographie, which is revered as the most prestigious photography competition in Europe. The project has also been featured on the Economic Times India, The Huffington Post, and has garnered the attention of some of our favorite celebs:

Now that you are well informed on the forefront of “The Singh Project,” you need to know about the background. Without further adieu, here are seven-need-to-know’s from behind the scenes of this must-see exhibition:

1) Jhooti and Amin the masterminds behind “The Singh Project” have worked together for the past 9 years.

2) The project does not have a political or religious agenda.

We wanted to highlight the ‘look’ of Sikh men. It’s less about the religion and more about identity. The fact that we are Sikh does make it more relevant to us, but this is art. Yes, we would love it if people decided to learn more about Sikhism, but our goal is showcase the variety in the styles of the beard and turban.” 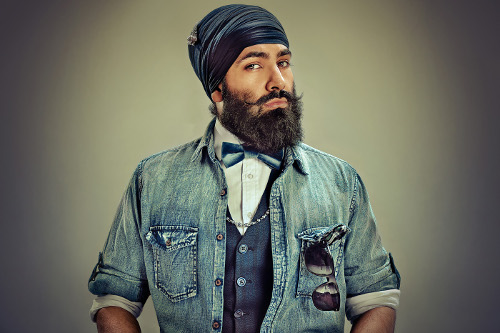 3) The inception of “The Singh Project” spins off from the popularity of beards in recent mainstream culture.

We wanted to show how the beard has been a part of the Sikh identity for hundreds of years.” 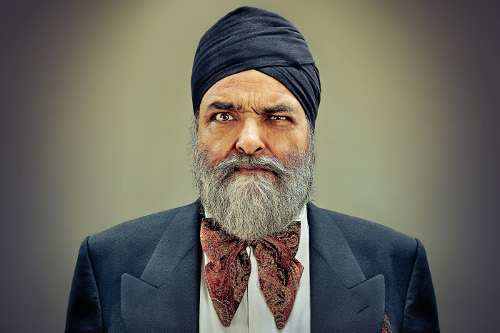 4) Jhooti and Amin started the project because:

We were looking to do a project that combined our Indian, Sikh roots and British upbringing.” 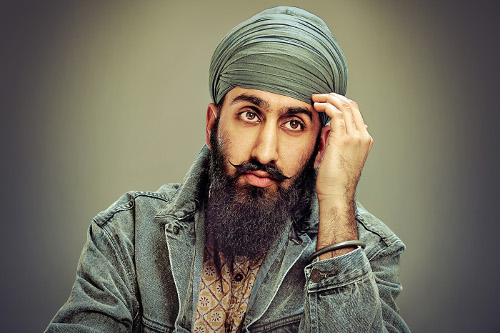 5) Many of the first subjects featured in the exhibit were friends and family of Jhooti and Amin, others were patrons of local temples.

After we had photographed about five subjects, we showed them on our iPad to other subjects we wanted to shoot, so they had an idea about what we were doing.” 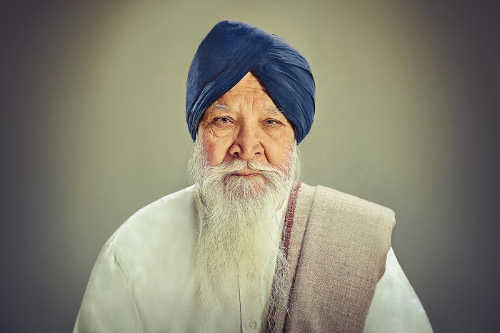 6) The Kickstarter funded exhibit will be launching in September or October 2014. 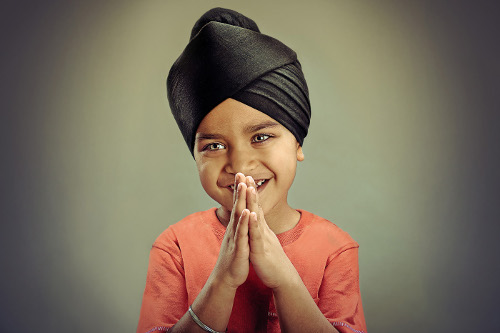 7) “The Singh Project’s” first showing will be in London, but if you are hoping for a showing near you, the creators added:

Hopefully we can travel with it abroad. Once the exhibition goes live, we will share more of the 35-images on ‘The Singh Project’ website.” 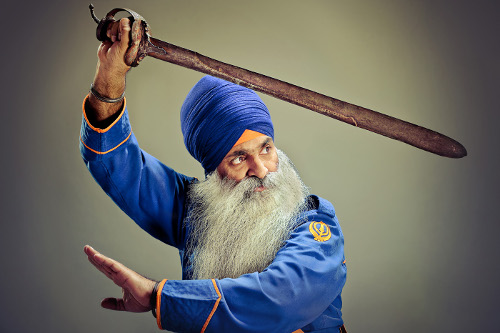