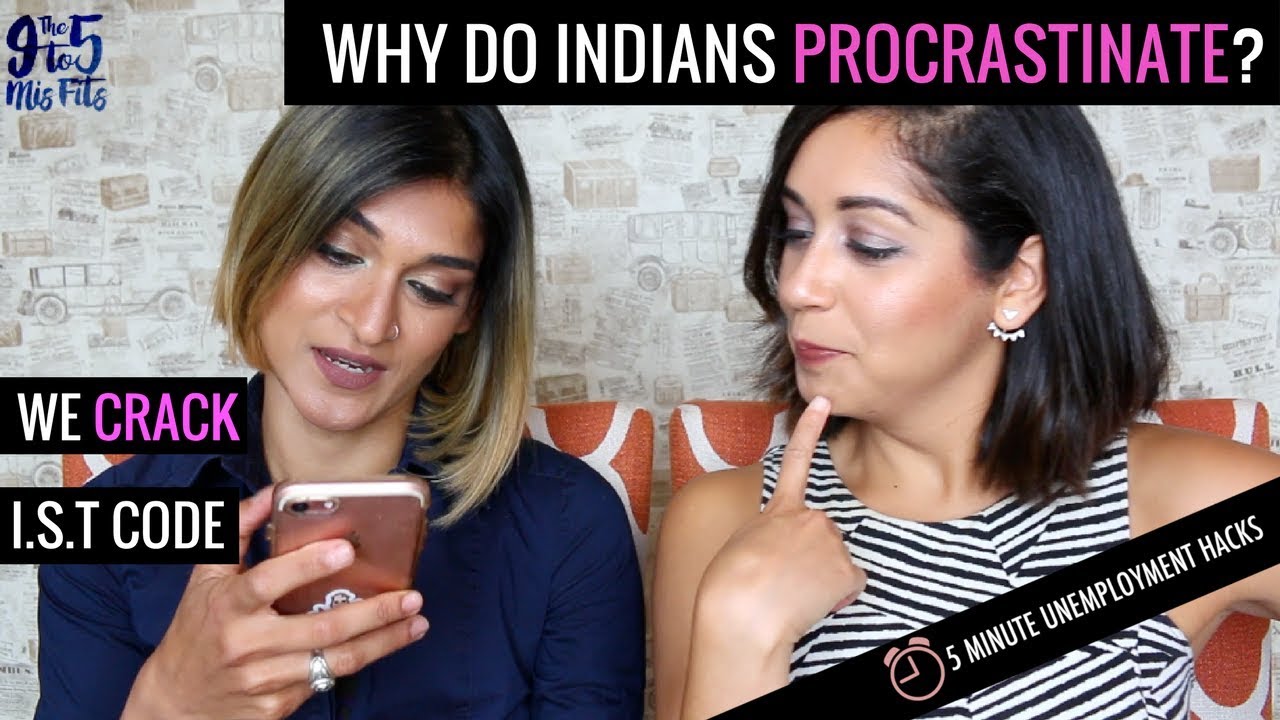 “Bas do minute!” says the packet of Maggi Instant Noodles. Guess what! Maggi lies! And so do so many people including us on a daily basis.

Oh, I’m supposed to be at my nephew’s birthday party at 4 pm and the venue is 45 mins away? I’ll leave at 3:45 and miraculously get there on time. My physics final is tomorrow and I’ve barely cracked open my textbook all semester? I’ll learn everything overnight and be Einstein’s prodigy by the morning.

Growing up Desi, we’ve created all these unrealistic expectations, particularly around productivity and time management. We’ve been steeped in a culture of procrastination. And maybe it works fine when you’re operating alone. But it becomes a real problem when you have to work in teams with non-Desi colleagues or classmates.

So how do you stop this cycle of procrastination? First, you have to be aware of why these habits exist. Then, you need an action plan!

In India, punctuality is never something we learn to value or enforce. People casually throw around “two minutes”, which actually means half an hour. And this becomes learned behavior for those of us who grow up in this culture of doing things haphazardly and jamming them through at the last minute.

So how do we break out of this cycle?

Schedule it in! Start valuing punctuality. Easier said than done, I know. But realize that when you’re late to things, it’s inconveniencing other people as well. Put everything and I mean EVERYTHING on your calendar with a thousand reminders. Look at your calendar every morning and if you have somewhere to be at a particular time, work backward and account for everything else that needs to get done in the day.

This is again a cultural thing. We Desis tend to do a lot of things out of obligation or guilt. There’s no concept of doing something for your own pleasure. We never learned to prioritize our own needs or schedule above others’, because we don’t come from an individualistic society where that’s acceptable.

So we constantly bite off more than we can chew, cramming in 5 different family dinners in 1 night or picking someone up at the airport at 2 am. And in the process, a lot of necessary tasks get pushed to the bottom of the queue.

So how do you learn to respect yourself and your time?

You set boundaries. For the sake of your own self-respect, start prioritizing your time and your schedule and do the same for others. This can get tricky with Desi parents, but be very objective. Explain in a non-condescending way that this is what your schedule looks like. Ask about their availability and come up with a schedule that works for both of you. It’ll be super awkward at first, but once you set that expectation, it’ll get easier. And hey, if you expect people to be respectful of your schedule, show them the same courtesy. Don’t expect them to drop everything for you either.

Do you have that 1 big, scary task you never get to? It’s just sitting there on your to-do list staring you in the face every day. But you ignore it. That is until it snowballs into a monster and you’re forced to half-ass it and shove it out the door. I’m guilty of this too.

But why do we let this happen? Often, it’s fear of the unknown. You just don’t know how to do it or where to begin. Or it’s a lack of interest. It’s sooo boring that you’d rather do anything else.

But there are ways to tame the monster …

Break it down into smaller chunks and start attacking it one subtask at a time. You’ll get a little confidence boost everytime you complete one. If it’s something that’s boring AF, pair it with something fun or productive. Either listen to music or a podcast while performing the task. Or involve other people in it so it’s less boring/scary.

So there you have it — tried and tested techniques from a lifelong procrastinator, desperately trying to change her ways. There are innumerable productivity hacks out there on the interwebs. But when looked at from a Desi lens, you realize there’s so much that’s unique to our culture.

So, what do you think? Have you struggled with something similar and tried a few hacks of your own? Let us know!