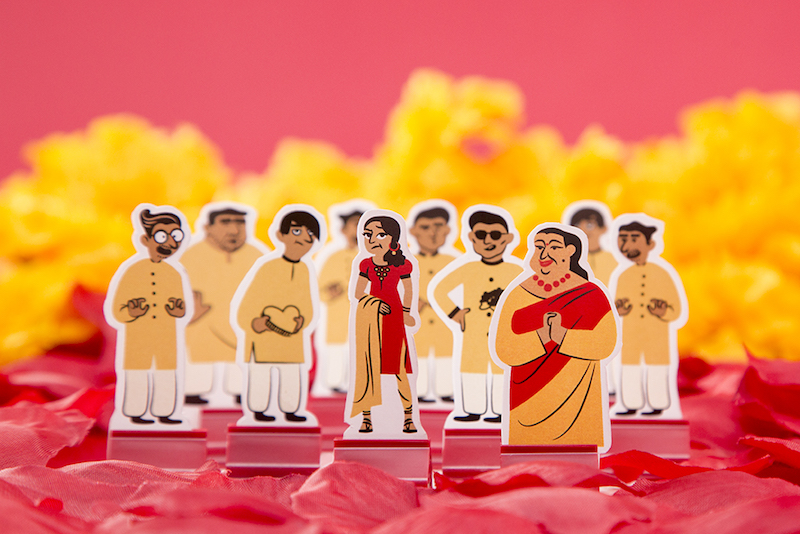 Surpassing her Kickstarter goal by more than $15,000, Arranged! creator and designer, Nashra Balagamwala, has hit the sweet spot of designing a board game that not only entertains but has us laughing out loud.

Arranged!–The Arranged Marriage Board Game is exactly what it sounds like. Balagamwala has channeled the common experience of South Asian women feeling the early pressures of marriage and transformed it into gameplay that centers around escaping a ‘Rishta Aunty‘ and her many suggestions on who you should marry. 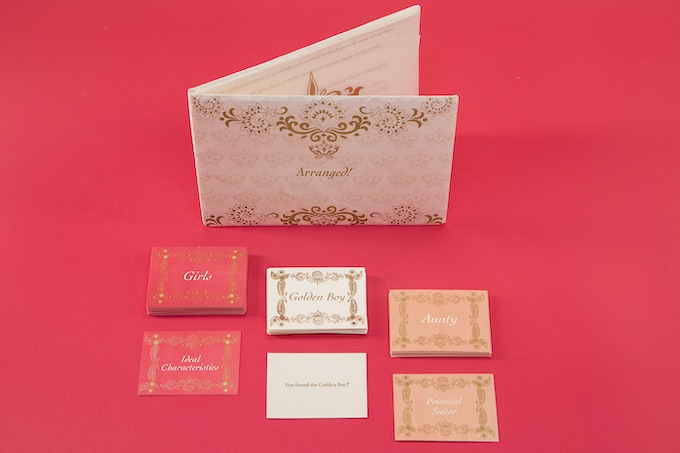 Although the game is currently only available for pre-order, we went ahead and asked Nashra Balagamwala, the game creator, about her inspirations, challenges, and favorite parts of designing Arranged!.

Q: You vastly surpassed your Kickstarter goal, basically tripling your original goal. How did that feel?

Unbelievable! I wasn’t expecting such an amazing response from people all over the world! A part of me still thinks it’s a dream!

Q: How did you get into the design and board game design ‘world’?

I’ve been experimenting with “designing games” since I was very young. My cousin and I would buy several games, throw out the rules, and try to come up with our own versions of the game. As I grew older, I realized I was very interested in the medium, and took some classes on Game Design. Since then, I’ve designed games independently, as well as with some companies, including Hasbro.

Q: Why this particular topic? What drew you to it?

The culture of arranged marriages is way too real for a young South Asians. It’s something that’s bothered me for years, and I needed a way to talk about my frustration, as well as provide others with a platform to do the same. Several examples have been inspired by my own experiences, and from the experiences of my friends and cousins. 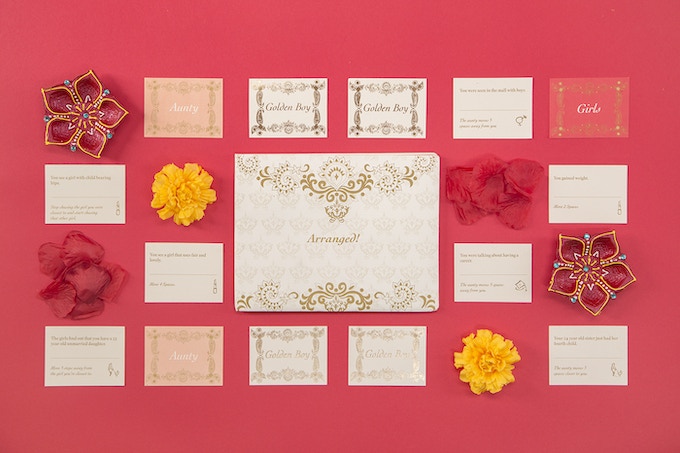 The most difficult thing was to create something that was internationally understandable, as well as true to South Asian culture. Bridging that gap was pretty difficult. It was also pretty challenging to make sure the game wasn’t too offensive and dismissive of South-Asian culture.

Q: What was your favorite part about working on and creating Arranged!?

Making a list of all the ridiculous things I’ve done in the past to avoid an arranged marriage myself, and then watching everyone else’s reactions to it during play-tests.

Q: Have you played this game with the ‘auntys’ and ‘uncles’ in your life? What was their reaction?

I haven’t played it with any ‘auntys’ and ‘uncles.’ They’ve judged me enough for making it/talking about it, so I haven’t invited them to any play-tests. 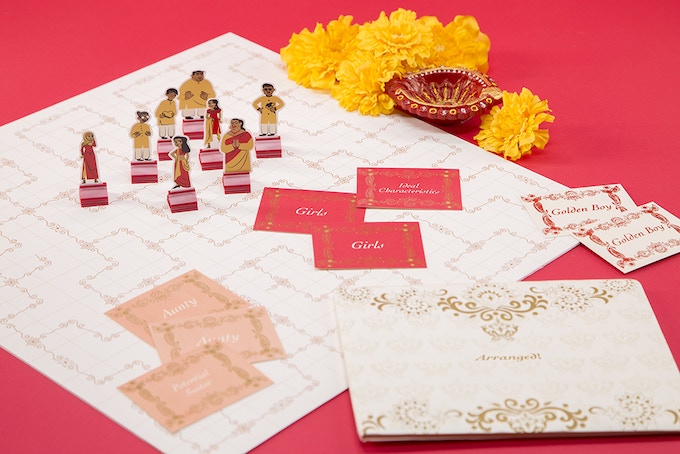 Q: Has this game sparked any conversation either in your inner circle or among other people that you may have heard about?

Definitely! Not just within my social circle, but also with many Indian girls and their parents. I’ve had people reach out to thank me for providing them with a way to discuss the topic with their parents/grandparents.

Q: Do you think marriage pressure is different for South Asian men vs. women?

Yes! South Asian women face a lot more pressure at a very young age, and they’re the ones who constantly have to worry about their reputation. South Asian men can get away with pretty much anything, and aren’t pressured to marry anyone till they’re in their late 20’s. It’s all double-standards!

Play-test, play-test and play-test! There are so many pitfalls you can avoid by play-testing several times. The entire game depends on it!

In terms of a culturally/politically inspired game: Be careful! A lot of what you say and do can and will be used against you. It’s really tough to create something culturally focused without offending people.

Rani Shah is the founder and editor of Fuss Class News, a South Asian satire site. Her hatred of lettuce and appreciation of sprinkles means her friend’s circle has very interesting dinner parties. Shah lives in New York City, NY.