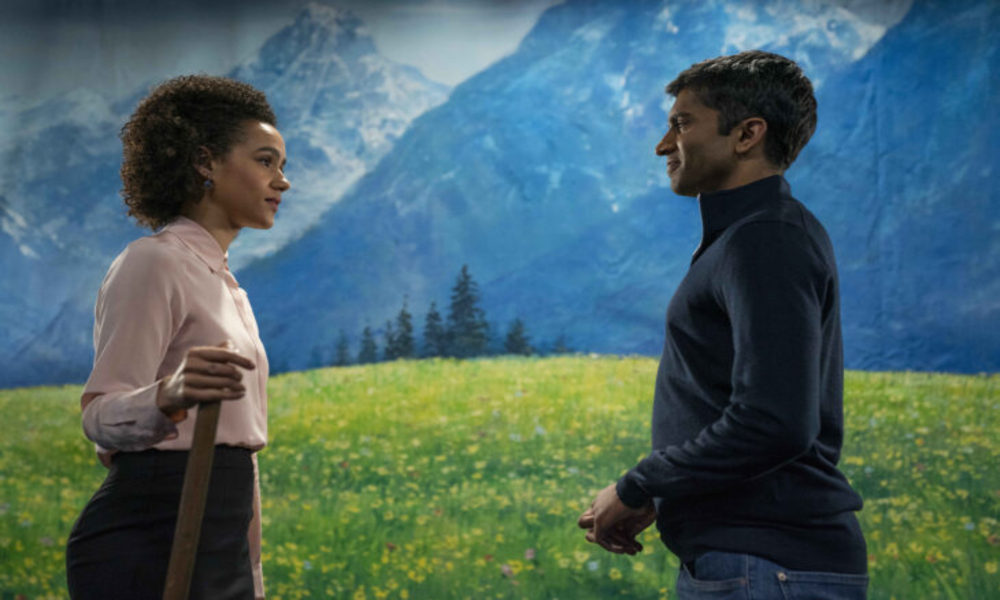 It would be fair to say that I am obsessed with “The Sound of Music.” I have watched it at least 50 times (half of those times were via a VHS tape that was rapidly declining in quality), memorized all the songs and dialogues, dragged friends along to sing-a-longs, watched the live-action remake and sought out “Where Are They Now” specials about the cast.

Until now, I had relegated “The Sound of Music” to the American part of my brain (I recognize that it’s set in Austria but it is a Hollywood movie after all). None of the actors in the movie looked like me, but then again, I never expected representation in a movie set in Austria based on a true story about Austrian people. I also didn’t expect representation because I intentionally kept my American world and my Indian world separate.

The struggle (and beauty) of a hyphenated existence is that you aren’t able to steep yourself fully in either culture. On a recent episode of “The Daily Show,” Eva Longoria aptly said,

I am Mexican-American. I straddle the hyphen. People say, ‘oh, you’re half Mexican half American.’ No, I’m 100 percent Mexican and 100 percent American all the time.

While I agree that it’s not about feeling half of anything, it can be hard to feel 100 percent of either because it often feels like competing priorities. What we end up missing out on are the subtleties and intricacies of our cultures that are often absorbed through TV, movies, and music we are exposed to.

I distinctly remember watching “Jeopardy” and not knowing any of the movie or musical references or hanging out with friends and being the only one who didn’t know any Bob Dylan songs. In that same token, I didn’t always know the latest Bollywood movies or music. I only knew the hits that made it to America.

In Mindy Kaling’s newest venture, “Four Weddings and a Funeral,” a TV adaptation of the 1994 British film of the same name, one of the main characters—Kash, played by Nikesh Patel, is a British Pakistani investment banker turned aspiring actor. He plays Captain von Trapp in an episode that centers around the fictional Hounslow Community Theater production of “The Sound of Music.” The cast is comprised of mostly brown, mostly immigrant youth singing along to the hits of the well-loved musical. The moment that struck me, though, was the final scene where Patel’s character and Maria, played by Kuran Dohil, sing a few deeply soulful lines of “Something Good” to an audience who is moved to tears.

At that moment, my worlds collided. I was brought back to an 8-year-old version of myself staring breathlessly at Christopher Plummer and Julie Andrews singing the same song. I had relegated that movie and its beautiful music to an untouchable American part of my brain. But watching two talented brown actors sing their hearts out to “The Sound of Music” made me realize that we deserve to partake in American culture too. It’s not just something we can observe and emulate from afar as if we were imposters or intruders. We don’t need to do a Bollywood version of it or enhance it with a colorful ethnic twist. We can enjoy it, recreate it and appreciate it in its pure form.

A post shared by Four Weddings and a Funeral (@fourweddingsandafuneral) on Sep 1, 2019 at 12:45pm PDT

So, thank you, Mindy Kaling, for writing, casting and likely fighting for a story, script, and characters who represent our immigrant upbringing as messy and beautiful as it is. You have created characters who are not just Pakistani, Indian, Muslim, black, white, gay, rich, etc. but true representations of people whose histories, culture and experiences are so woven into every fiber of their being that there is little room or tolerance left for stereotypes or tokenization.

Yes, representation in the media matters. We have come a long way from being pigeon-holed into heavily accented terrorists, Apu, or fetishized roles but we have quite a distance to go. What we do with this representation matters so much.

It’s more than just seeing a relatable face on your screen. It’s about writing characters who exist to not just be a window into their culture but are fully thought out complex characters who exist first as their own person. When we relieve the burden of representing an entire country or culture through one character, that’s when the magic happens. It seems like the weight of that burden has been lifted by the writers and creators of this show and it is so refreshing.

Mindy Kaling reaffirms that my identities can do more than just co-exist—they can weave together into something more beautiful and rich.

Aparna Kothary is the director of technology at a leadership development nonprofit where she supports the organization’s mission of launching the next generation of leaders the world needs. She has worked at many nonprofits in the fields of international exchange, civil rights and immigrant rights. Aparna enjoys writing about South Asian culture, parenthood and miscellaneous musings. Once upon a time she had a radio show called NaanSense Radio featuring South Asian music and interviews with some of her favorite artists including Raghav, Jay Sean, Nitin Sawhney and many more. She loves music, cooking, trying new restaurants and following inspiring South Asian Instagrammers.