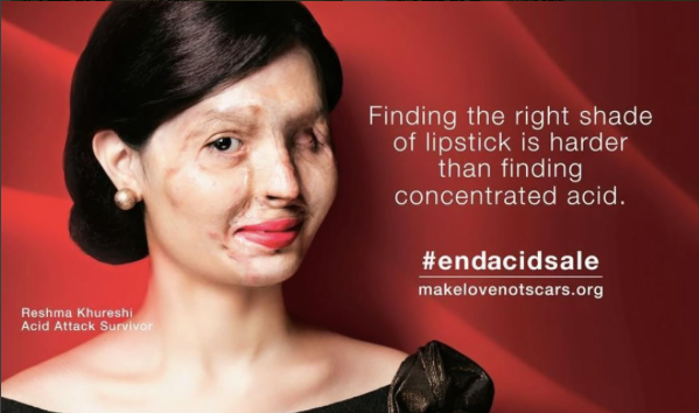 Nineteen-year-old Reshma Qureshi is all set to walk the ramp at the New York Fashion Week in September. She has been fighting to stop acid sale in India ever since she was attacked two years ago by her estranged brother-in-law and two other accomplices in North India.

She works for the NGO Make Love Not Scars and has starred in several videos produced by the group. Through them, she provides makeup tutorials, beauty tips, discusses crimes against women and continues to push for the #EndAcidSale movement.

It is easier and sometimes even cheaper to buy sulfuric acid in India than lipsticks and eyeliners. If this acid comes in contact with the skin, it melts the skin completely with a horrible burning sensation.

After Qureshi was pinned down and attacked due to family problems, this is what she must have gone through. She lost her left eye and the skin on her face is burnt. This life-changing event did not change her course; in fact, it made her stronger and able to fight for the cause.

FTL Moda, a New York-based production house, contacted Make Love Not Scars to get to Qureshi. They wanted to give voice to these women. FTL Moda and Global Disability Inclusion, in partnership with Fashion Week Online, are activating the #TakeBeautyBack movement to give diverse models a chance and to bring the issue to the forefront.

“We are working to create a world where acids used in these attacks are unavailable to the public,” they said.

Qureshi will represent India, and women globally, who have had to suffer this crime.

India’s Ministry of Home Affairs filed 309 acid attack cases in 2014, and these were just the ones that were reported. Unofficially, there may be around 100 more, according to Stop Acid Attacks founder Alok Dixit. The number is high due to easy access of the same. According to The New York Times, activists in India say dangerous materials like toilet-cleaning acid are available despite a 2013 order by the Supreme Court of India to stop the open sale of acid and carry out tighter restrictions on distributors.

Qureshi’s unbelievable tribulations are one of the many examples of why this crime needs to be put to a stop. Her efforts aren’t going unnoticed at all. Just the fact that she is part of the #TakeBeautyBack campaign and will participate in an international fashion event shows her reach.

“I know this piece of news will be shared the world over, but it will only as an achievement once we start to see a difference in the way that acid attack survivors are treated on a daily basis, rid of a social stigma,” the NGO’s founder and president, Ria Sharma, said.

She added that Qureshi joining the league of “perfect supermodels” would hopefully have society questioning their idea of “perfection.”

Make Love Not Scars shared a video of Qureshi sharing about her NYFW achievement:

We can only benefit by having Qureshi as a role model! 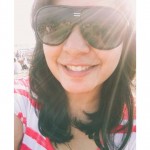