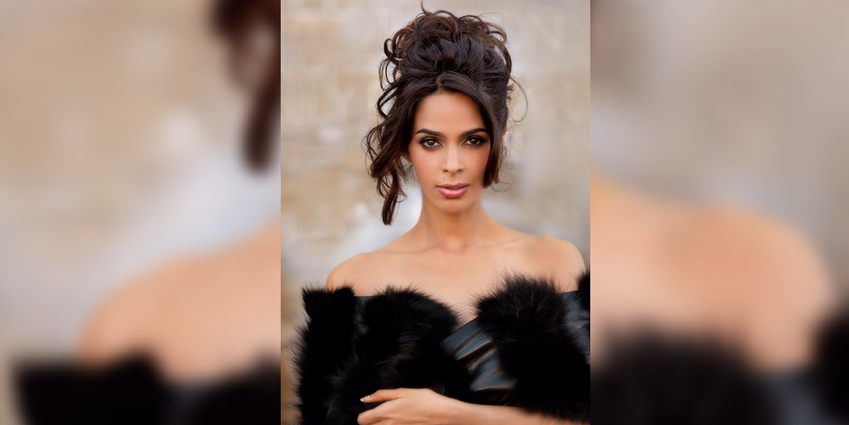 Six weeks after and 2.7 miles away from where reality superstar Kim Kardashian West was attacked and robbed at gunpoint in Paris, France, Bollywood star Mallika Sherawat and her French boyfriend Cyrille Auxenfans were assaulted by three masked intruders outside Auxenfans’s apartment last Friday. Fortunately, Sherawat and Auxenfans were mostly left unharmed and the assailants left empty-handed, as Sherawat bravely fought off her and her partner’s attackers.

According to Le Parisien, the French capital’s daily newspaper, the criminals wore scarves across their faces and “without saying a word, sprayed their victims with tear gas” before landing punches.

CNN received a report from Sherawat’s friend who recounted, “She and her boyfriend got out of their car and they were entering the building but the doors took time to shut and had not shut when three masked men attacked them.”

“They sprayed them with tear gas and pushed her to the ground and started hitting her boyfriend,” the friend continued. “One of them tried to grab her bag, but she pushed them away and started yelling and screaming. After a bit of a struggle they ran away.”

Although Sherawat has not explicitly said anything about the attack on her social media accounts, she posted videos on her Twitter and Instagram pages on Saturday and Monday, thanking fans for their support and expressing her gratitude for God and life.

Incidentally, Sherawat has been vocal in speaking out against violence against women, including honor killings and gang rapes, in India. She was once quoted in Variety magazine, the actress said, “India is a hypocritical society where women are really at the bottom compared to men.”

An investigation into the incident is ongoing to find the perpetrators and to determine if there is any connection between this and the Kardashian West attack. Paris, which is the tourist capital of the world, has seen a decrease in visitors since the terrorist attacks last year.