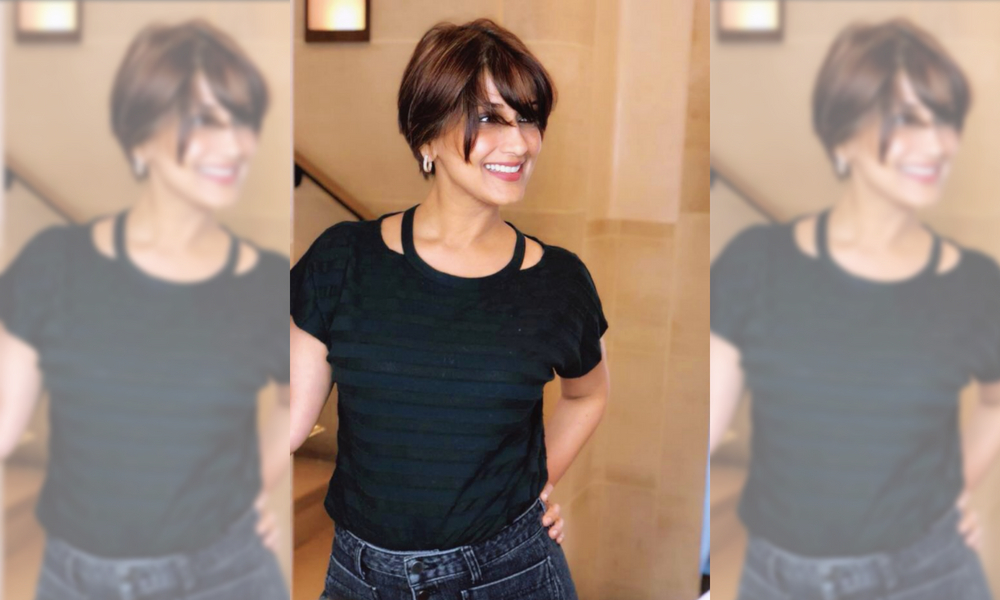 Earlier this month, Hindi film actress Sonali Bendre began a battle for her life. On July 4th, via Twitter, Bendre shared with the world that she was recently diagnosed with a metastatic “high-grade” cancer.

Metastatic cancer is also referred to as stage 4 cancer, the most serious of the diagnoses. At this stage, the cancerous cells separate from the main tumor site and travel to other parts of the body through the lymph system or bloodstream.

Upon her announcement, industry colleagues and friends took to social media to lend their support as the 43-year-old actress began treatment at the Sloan Kettering Cancer Center in New York City.

Sending you love and strength @iamsonalibendre. I know you will come back stronger! https://t.co/gLyO41ue9l

Godspeed ,love and strength to a true fighter and a solid soul!!!?????? https://t.co/fvUOpD9ubW

Dear Sonali… we send you loads of love, prayers and lots of positivity… Wishing you a speedy recovery soon.. And @GOLDIEBEHL and the rest of family, I wish you all the strength n togetherness in this fight… https://t.co/8mETEqwPN3

You are a fighter, always have been! Sending you all our love & support @iamsonalibendre! Hoping to see you fit and fine super soon!

Wishing you a speedy recovery ma’am. Sending you all my love and prayers.

This too shall pass … you are an incredible woman with immense strength … we send you all our love…. things are only going to get better . @iamsonalibendre https://t.co/toWRu9kExD

Fans also provided an outpouring of love and support:

#SonaliBendre I know you. You know how there is a connect. I had colon cancer that too metastatic reached my liver.

Don't worry … I got treated in INDIA and I am fit and fine back to work.

Among these messages from fans and celebs alike, one that felt most profound was a tweet from actress Manisha Koirala, who had her own struggle with ovarian cancer starting in 2012, was also treated in New York and has now been cancer-free for about 5 years.

@iamsonalibendre by the grace of god all will be fine and you will be back home soon with good news??? sending love n prayers my friend??????

Sonali Bendre wrote in a more recent Twitter post that sharing her cancer journey is a way of coping with her reality and that she hopes to spread her positive attitude — or #SwitchOnTheSunshine as she called it — in the face of this sudden and unexpected adversity:

“I can only hope it reminds you that all is not lost and that someone, somewhere understand what you’re going through.”

In just a mere few days, Sonali Bendre has become one of the most inspirational voices from the Hindi film industry on Twitter.

In preparation for chemo treatments, due to which patients can shed large amounts of hair, she traded in her long luscious locks for a sassy pixie cut. In a short montage of video clips and photos of her hair transformation, the varying emotions with which Bendre is inevitably struggling can be seen, from her overwhelmed tears to her bittersweet smile, as she takes in her new look.

Before working as an actress, Sonali Bendre was a model. In 1994, she debuted in the Hindi film “Aag.” Throughout her career, she has also been a part of Telugu, Marathi and Kannada films. She is most recognized for her roles in films from the late ‘90s, including “Duplicate,” “Hum Saath Saath Hain” and “Sarfarosh.”

In 2002, she married director Goldie Behl, with whom she has one son, Ranveer. After taking a break from on-screen work upon the birth of her son in 2005, Bendre reassumed her position in front of the camera in 2013 with the film “Once Upon A Time in Mumbai Dobaara!” and as the lead in the 2014 TV serial “Ajeeb Daastaan Hai Ye.” She also published her first book, titled “The Modern Gurukul: My Experiments With Parenting,” in 2014.

All of us at Brown Girl Magazine would like to wish Ms. Bendre strength, patience and courage throughout this emotionally and physically grueling fight. Thank you for using your platform to spread your light, and we hope that your positive outlook during this time proves to be your greatest weapon.