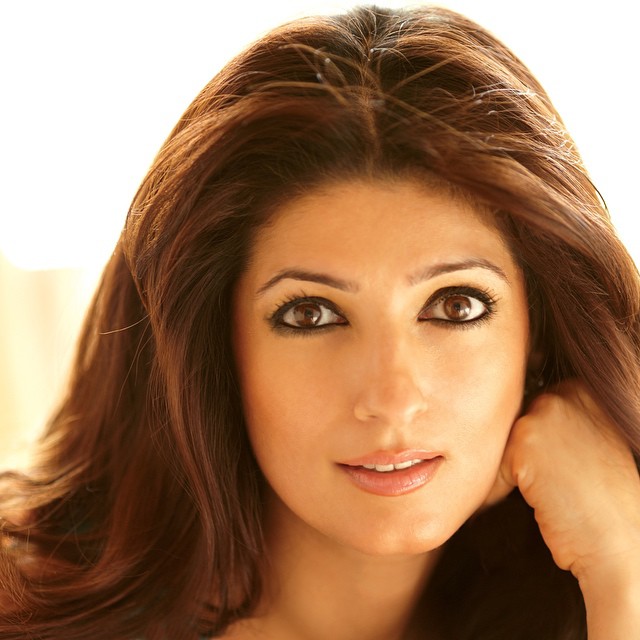 The following post was originally published via Medium and republished with permission from the author.

The audacity of some people to say things online that they would never dare to say out loud shouldn’t, at this point, be surprising since it happens so frequently, but it still riles me up every time. So I love when these pesky online trolls get shut down, especially when it’s done with such finesse, that it leaves all of us basking in the glory and marveling at the awesomeness of it all. When one of your favorite celebrities like Twinkle Khanna does it – she literally shut him down people – what can you do but celebrate it?

A lot of people bring this up,though not as stridently as this gentleman-Khanna it will always be #MarriedNotBrandedpic.twitter.com/q4JzS1bzd1

Khanna, author, blogger, actress, and a pure badass, took a troll to task with grace and I could not be happier. She is one of my favorite bloggers. I follow both her Times of India blog and her DNA blog (she’s hilarious), and ever since she replied to one of my tweets (!!), she has become my B.F.F. (but doesn’t know it…yet). Now with this one Tweet and that epic hashtag, she’s touched on something that I’ve always tried to voice. While I’m not married yet, much to the disappointment of my Punjabi parents, I’ve always felt very strongly about not taking my husband’s name whenever it happens.

Names are important. They say so much and paradoxically, so little, about who we are. As I’ve discussed before, I’m super proud of my name because it perfectly reflects who I am. Sundeep Kaur Hans is who I am. It’s my identity. Wrapped up in there with the cultural, ethnic, and religious aspects of my identity is the fact that my parents chose it. They named me. As another one of my favorites, author Shauna Singh Baldwin, says “naming is claiming” and while my parents still claim me as theirs (thankfully!), I’ve also long since claimed myself as well. I am Sundeep Kaur Hans. It’s who I’ve been for the past 33 years of my life and having or not having a husband will not change that.

Khanna has claimed her name for herself, at least publicly. A quick Google search shows me that she was born Tina Jatin Khanna, and because I’ve watched and read many of her interviews, I know she is called “Tina” by many of her friends. Privately, she may very well be “Tina,” but her professional brand – and she is a brand – is Twinkle Khanna. It’s the ‘Khanna’ part that was the point of contention for the troll. It was the fact that she hadn’t assumed her husband’s name that irked him. Well, clearly this troll didn’t do his research because if he did, he would know that her husband isn’t a Kumar anyway, but a Bhatia! Male privilege strikes again!

A Rajiv Hari Om Bhatia can become an Akshay Kumar in his ascent in Bollywood and nobody bats an eye. An Amitabh Bachchan, can use his father’s famous nom de plume, using it in place of his actual surname Shrivastava, and become a brand like no other, and still not a peep out of any troll. When Khanna, who has lived this name her whole life does the same, the fools (there are others as her tweet indicates) have the gall to question her? To demand that she change it? For shame fools, for shame!

A woman can choose to be whoever she wants to be.  When Khanna married Akshay Kumar, she became his wife and life partner, but not his property. Literally, she was married, not branded. She was not the property of her father either, to give away to her husband. India is a country steeped in tradition for sure, but this ‘giving away’ of the bride is a patriarchal concept almost a world over, and it doesn’t look like it’s going to die out anytime soon.  However, as this amazing piece said, yes it is tradition and “so was slavery…so was women not being able to vote,” so things can change if we see the error in our ways. Suffice it to say, Khanna chose not to be traditional. A woman made a choice and a man-troll had an opinion about it (not surprising).

My sister is just as much of a badass as Khanna. She was born Randeep Hans (our parents are not very creative), but everyone has always called her ‘Rani’ (Punjabi for queen). She is Rani Hans. She claimed that name and has the personality to go with it. When she was married, she retained that identity, she didn’t assume my brother-in-law’s name, nor did she hyphen it. She did make a concession, though. She added his name to hers on Facebook, and she bestowed it onto him like an honor befitting her regal status (my sister is amazing!). Her daughter, my wonderful niece and the future most-interesting-woman-in-the-world, carries both our surname and her fathers (#BadassSisters4theWin).

I have a friend, Mini Krishnan, who was married earlier this month. She always wanted to take her husband’s name even before she found the man she wanted to marry, a really nice guy named Erik Halliwell. When it came time to change it she said she “had an existential crisis” because she realized at that moment that while her “nice new anglo last name matched” with her intentionally Anglicized first name, she lost something important to her. Growing up, she like all children, wanted to fit in. Being a child of immigrants, looking different and belonging to a culture outside of the mainstream, she accepted the nickname ‘Mini’ and wore it proudly, seeing it as a way to legitimize her Canadianness. She grew up, but the name endured until it came time to change her surname. She eloquently explains “I’ve decided I want to reclaim my discarded name. I want to dig it out of the closet where I stashed it away for so many years and put it back on. It may not seem important to a lot of people, but it gives me a connection to my culture, my heritage, my language and my family”. My friend, now Rukhmini Halliwell, is a badass too.

[Read Related: My Identity as a South-Asian American is More than What Meets the Eye]

Claiming and reclaiming your identity is personal. Names are personal. They’re important. They’re not up for discussion with twitter trolls. If a woman chooses to change her last name to her husband’s because she wants to for whatever reason – it has a “nice ring to it”, or she wants to share a name with her children or she just wants to change it – it’s her choice and nobody really harps about it when she does. If a woman chooses to not change her name because she’s proud of it, because she likes how it reflects her sunny disposition, because it’s the name she’s built her reputation under, or because it’s her late father’s name and she wants to honour him by keeping it (did you even consider that possibility you twitter troll?!), it’s her choice and all you trolls can take a seat.