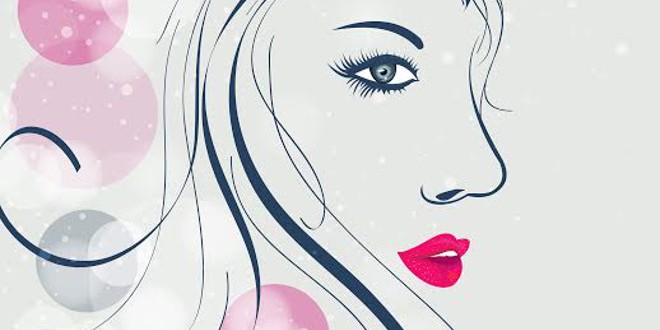 The notion that high school girls don’t get women’s rights and issues is wrong.

While in high school, we’re still frantically studying for the SATs, attempting to finish homework before the crack of dawn and filing through the multitude of college mail, but even from under the mound of books, our eyes and ears remain attuned to the affairs of the world. Our voices get lost in the crowd because our age is often used as a reason to discredit our opinions; teenagers are ignored. The truth, however, is that we are certainly more aware than given credit for.

While the feminist movement may have begun hundreds of years ago, the fight for equal rights is far from over. Women have come a long way, and it is today’s teenagers who will take this cause further. Change is never achieved with silence, and it is the voices of these young women that will revolutionize how women of the next generation are viewed.

“Women may be the one group that grows more radical with age”—Gloria Steinham, American feminist.

Steinham believed women starting fighting battles of gender equality from a young age and become more active in feminism as they age.

But feminism is not just a women’s issue. From my point of view and from my circle of friends, we are all striving for gender liberation and equality, and age shouldn’t be a reason to suppress our voices. This generation will take the fight for women’s right to culmination.

The women listed below range from ages 15-17 and each one is intelligent and determined, ready to make their voices heard in hopes for a better world.

“It’s exhausting to hear people object to the idea of women having the same privileges as men. Open your eyes. Open your minds. The world does not need any more oppression.” – Nabiha Malik

“Women’s rights and feminism means equality. With feminism, we’re not saying women are better than men, we’re saying men aren’t superior to us. That needs to be acknowledged.” – Natalia Pawlowska

“If what we’re advocating for is equal rights and opportunities, then in essence aren’t we all feminists?” – Nikita Patil

“I think that everyone should be a feminist. Many people have the misconception that being a feminist means hating men, but it’s quite the opposite. It’s about fighting for the equality of the sexes. It’s the 21st century and women are still paid less than men. If we, as teenagers, don’t start pressing for our rights now, it will be too late by the time we’ve reached adulthood.” – Simmi Uppaladadium

“High school is a setting where people discover themselves. A place where young adults find their beliefs, their morals and their integrity. So as a young woman, I find great importance in feminism; not simply for equal rights to men but because it puts a balance in whom I am as a person. Feminism allows me to establish myself to be more than what others believe I’m capable of and be who I truly am.” – Michelle Qu

“It is insulting to know that women still don’t have complete equality. Women deserve the same rights because we are just as much of people and we are just as entitled.” –Ayilah Chaudhary

“We’ve come such a long way. I have the ability to vote, the ability to read and write, and the ability to say no. Why stop here? Rights for women worldwide are necessary and the notion that this is a radical idea needs to be altered.” – Anonymous

“I personally think that women are sometimes discredited in many different ways in the social and economic world regardless of the movements that have occurred. Women are still treated as being inferior to men with less pay and unequal treatment among their peers. It is written in the Declaration of Independence that all men are created. It fails to acknowledge that women and men are created equal and should be treated with the same respect worldwide.” –Kruti Patel

“Nowadays, a lot of people relate feminism to being hatred toward men. But that’s not the case at all. The true definition of feminism revolved around equality. A girl is derided for wearing shorts, while nobody says anything to the boy with his pants halfway down? Not right. Women work just as hard, but get paid

less? Not right. That’s what feminism fights against.” – Samika Parab

“I think a lot of people view feminism as a radical position to take, but there’s nothing radical about wanting to change how women are viewed in the world. We’re not objects. We’re people; intelligent, highly capable people.” – Nina Carlsen

“It’s about breaking the stereotypes and liberating ourselves from unfair gender roles. We are so much more than what society believes we are capable of and we deserve for our voices to be heard. Women are people too.” – Anonymous

“I think that the word feminism has become a misunderstood concept and is poorly mistaken with misandry which ends up repelling society from feminism. But in actuality, the pure definition is the belief and equality among both men and women. How can you claim that you aren’t a feminist if you want to be equivalent to the opposite gender?” –Nia Patel

“It’s about fighting for rights and opportunities. It’s the movement that puts forth the notion that all women deserve the same dignity, respect, rights, and opportunities that men have.” –Sarah Farhan

Don’t lose hope with our generation. Our voices and will are powerful. This Women’s Day, just keep in mind that we continue

the fight for women’s equality.