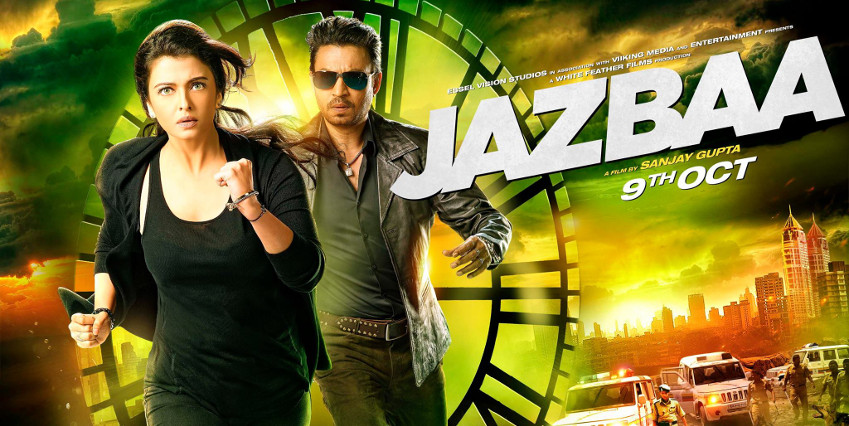 Aishwarya Rai Bachchan is finally back on the big screen with Sanjay Gupta’s “Jazbaa.” After weeks of speculation and date changes, the trailer was finally released on Tuesday on Gupta’s Twitter.

H E R E I T IS. J A Z B A A Theatrical Trailer. http://t.co/LV9aoEpBmf #JazbaaTrailer

It shows the actress being forced to defend a rapist and murderer after her daughter was kidnapped by someone nefarious.

While it’s wonderful to see Bachchan back onscreen alongside veteran, brilliant actors like Irrfan Khan, Jackie Shroff and Shabana Azmi in a film that is said to be a remake of the Korean film Seven Days, the overwhelming sense we get from the trailer is drama.

It’s all very obviously represented in the trailer with the heavy subject material, strong one-liners and overbearing green tint to the whole film as is signature Gupta. (No, but, seriously the guy needs to calm it down with the green.)

Nevertheless, this is Bachchan’s movie through and through. Sure, standing next to the brilliantly subtle actor Khan is bound to make anyone look like they’re overacting a bit, but Bachchan still commands the screen as she usually does and the film still looks too good to miss.

I don’t know about you guys but I can’t wait for the “Jazbaa’s”  release October 9. Tell us what you think of the trailer in the comments below!