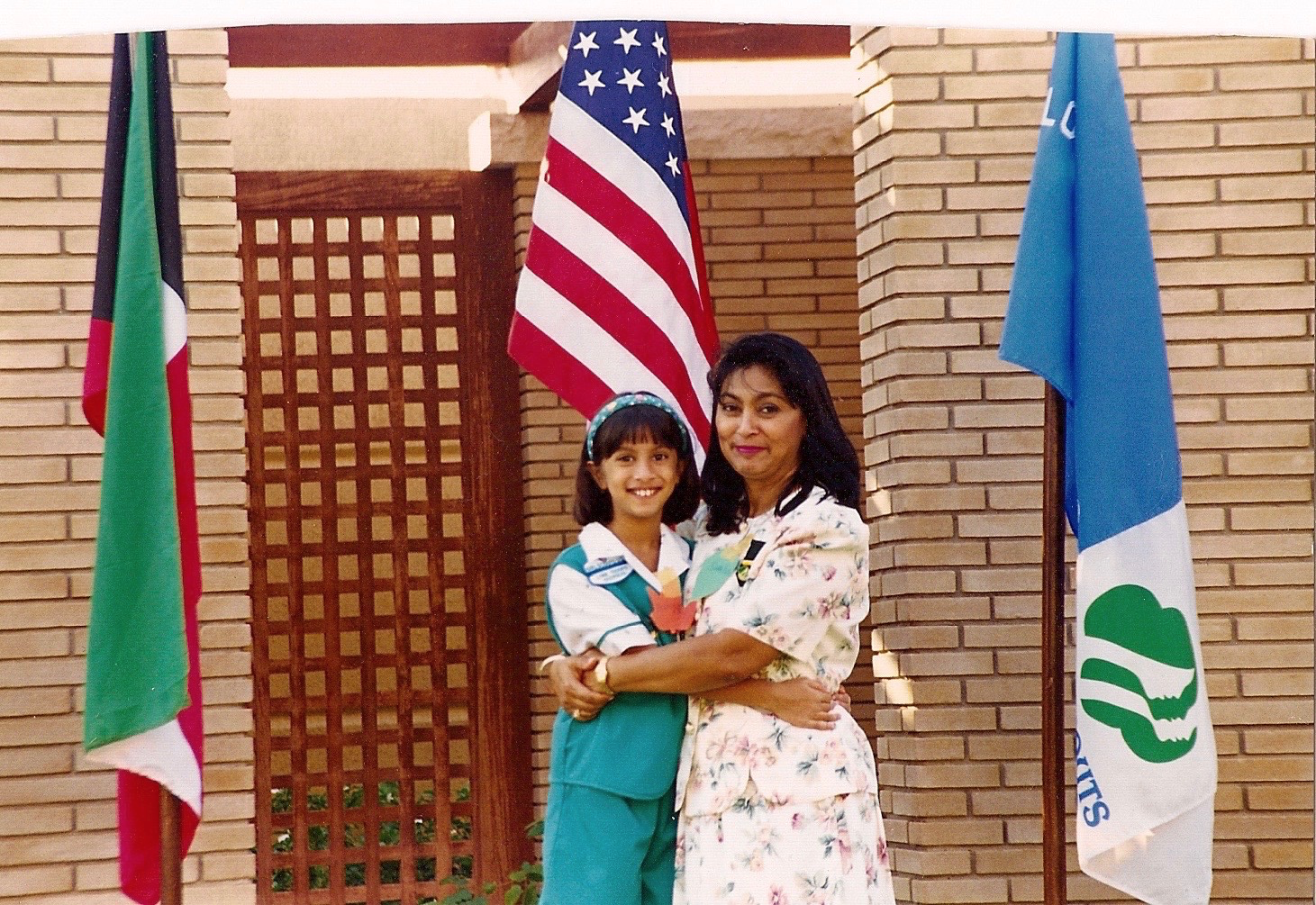 One of my earliest memories of American politics was, ironically, not in America. We were oil expats in the Kuwaiti desert. I saw my parents carefully sealing a manila envelope, ready to go in a larger batch of mail headed stateside.

“We’re voting in the U.S. election. This is called an absentee ballot. It’s important for us to be engaged, no matter where in the world we are.”

My parents, originally from Bangladesh, were relatively new American citizens by way of Canada, and they took their new civic duty seriously. So seriously, in fact, that they selected Hillary Clinton for my third-grade book report – even sending me to school with a Clinton-Gore button as part of my costume. I didn’t know that our love of political engagement made us an unusual desi (or South Asian) family until I became an adult.

You see, as waves of professional immigrants made their way from South Asia, they settled into their success with a deafening silence. They were intentionally absent from public discourse—adhering to that “just keep your head down and work hard” ethos—though armchair punditry was often saved for living rooms and dinners with family friends. The result: a big non-voting block, ripe for activation.

Over the years, political campaigns have increasingly recognized the untapped potential of the desi community, whose mix of languages, religions, cultures and economics require a complex and nuanced approach. They’ve now hired constituency organizers and staffed targeted phonebanks. Even in 2018, when I helped my best friend flip a traditionally Republican, highly suburban Texas House district and become the youngest member of the state legislature, the desi outreach didn’t seem so urgent.

But 2020 is different. Global pandemic and American dystopia aside, desis are self-activating. So when I was approached by They See Blue (TSB) to help mobilize desi Democratic voters, I quickly joined the leadership team and recruited my mom and sister as volunteers. I loved their unique mission and grassroots approach. Plus, my experience on State Representative James Talarico’s 2018 campaign taught me a big political lesson: personalized voter outreach and family involvement wins elections!

Grassroots groups like TSB are building a base from the ground up. They use data to show their dedicated volunteer base how desis alone can flip the Texas House. This insight has energized both political veterans and novices alike, instilling in everyone the profound realization that we are the changemakers we’ve been waiting for. And the secret sauce?

TSB has uniquely galvanized volunteers in a way that is essential to waking up the first-wave immigrants (and their “woke” children) who were once apathetic. Volunteers like my mom are the key to addressing non-voting desis. In fact, I can’t help but think she is actually our most effective volunteer. While I shout into an echo chamber of like-minded millennial liberals, she deftly phonebanks with a warmth and familiarity that no paid canvasser could match. She gently tells folks how high the stakes really are. I know my Americanized pronunciation of desi names and political pep are nothing compared to the genuine connection felt upon hearing someone whose voice sounds so much like a home, worlds away.

Sometimes I think about that funny costume from the third grade: a little brown girl cosplaying a white woman in politics, whose mother could never imagine that someone who looks like them could ever become the real deal. Little did they know, 20 years later, they would work together to elect the first South Asian American Vice President.