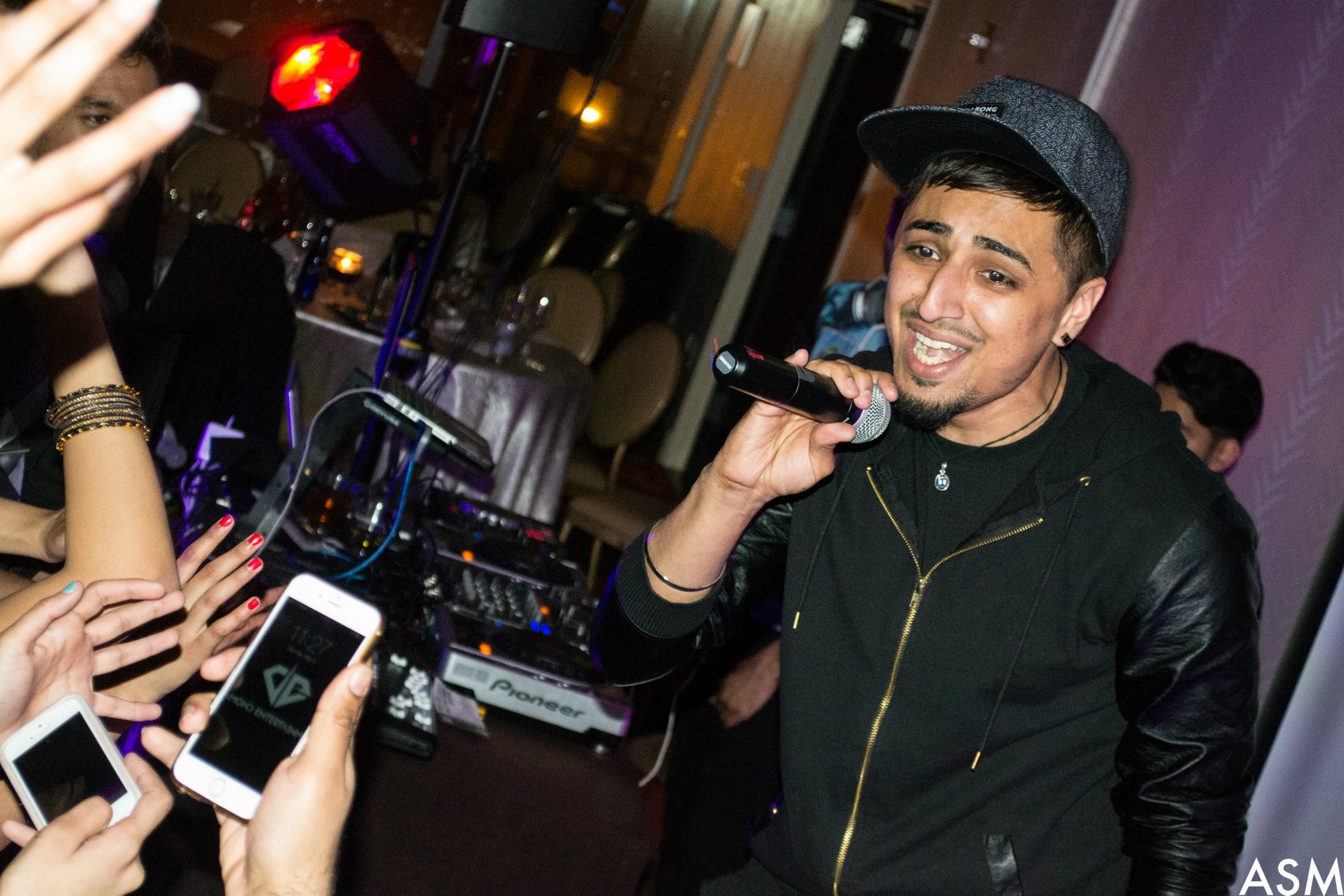 There are certain songs that give you that “feel good” vibe and just make you want to get up and dance. Texas-based artist Amar Sandhu recently released a new single in collaboration with DJ Harpz, and let’s just says these ‘patakay’ are being felt all over!

With any artist, comes a story and more often than not we see the artist only for their music and not who they are behind their music. But we wanted to get to know the Amar behind Sandhu’aa, so we sat down with him for all the “cha.”

Amar started out as a young boy just trying to escape from reality. He says that it all began with being a listener and persistence and love became his driving forces in making music into his career from a hobby.

But where did ‘Patakay’ come from? And what inspired Amar to make this song? Well, after shooting the music video for Raxstar’s recent single “Rewind,” he met up with a close friend of his and well known U.K. producer, Steel Banglez who introduced him to Grime music and Amar instantly felt a connection. Of course, Grime was a fresh face in today’s industry and so I was curious to know if Amar drew inspiration from non-desi artists, and he said that while he there wasn’t an artist in particular that he was inspired by, as an artist he definitely finds creativity in all genres because of the fact that you can always dig deeper into somebody’s work and understand their message. I think this is such an important thing to keep in mind because I think many times we get comfortable with what we’re used to and stick to it, instead of venturing into new territory.

Colorsss!!! Had such a blast working with these dudes on “Patakay” only one of many new releases to come ?? ?: @misaaak

Grime music originated in London in the early 2000s, from genres such as UK garage and jungle, and pulls from styles such as dancehall, ragga, and hip-hop. He really liked the genre and wanted to record a bhangra-esque record with that concept in mind. After he arrived back in the states, it remained in the back of his head…until DJ Harpz sent him a few beats. One of those beats brought out the same vibe that Amar had back in London, and the rest is really history. Sparks flew, and ‘Patakay’ or ‘fireworks’ was born. According to Amar, any dance floor track he comes out with is for one sole purpose…for us listeners to get up and take over that dance floor. (Whether that’s your own room or someone’s reception.)

There’s a saying that goes something like, “music knows no boundaries.” It transcends country borders and state lines, as well as cultures. But living in a western society, I think many South Asians lose touch with their roots. When I asked Amar for his take on this he said,

“As an American born artist living in a not so desi populated city, it’s hard to stay connected to your roots. I sometimes feel even my music isn’t culturally accepted by some. But that to me is the beauty in art when you can take two cultures and keep them both rich but make a blend for everyone to enjoy. The excitement of making that art has kept me in touch with both my American and my Indian roots. You will only be disconnected when you no longer have the desire to care, for me the resources are endless and I will always care about who I am and where I come from.”

In this identity struggle, Amar found his craziest fan experiences. He is constantly amazed at the fact that non-desi fans can sing along word for word to all of his songs, which only further reinforces that music has no language and his words and voice go so far.

The urban desi music community is so diverse, and because of this, there are so many different tracks that are brought to us as listeners. But as listeners, I think we many times disregard how much work artists put into these tracks we love so much, and how they maintain the balance between songs that are more lighthearted vs. sentimental. I mean think about it. There are so many emotions we experience out there, how are artists able to create that balance and make us feel so many different things?

When I asked Amar how he maintains this balance, he talked about how each song he comes out with expresses an emotion or feeling. When writing and composing a song, the process is made much easier when you tap into your emotions. This was something he found great difficulty in doing as a new artist, but through his patience and persistence, it became second nature.

With any music genre industry is that so many artists are blessed with so many amazing fans and of course the fame that comes with their successes. Having said that, I think as fans we have this misconception that our favorite artists always have the most fun in what comes from their successes. However, Amar said that his favorite part of the music making process isn’t the money or anything like that, but the “in the moment” experiences. Every project of his is started by simply having fun. He makes up various lyrics and melodies and sings like nobody’s listening until he’s got something that he knows he likes. He says that so many of his ideas just come out of having a “go with the flow” attitude and just being himself. And of course, with the hard work comes the joy of having his work appreciated which he labels as the second best thing.

Amar is one of the most well-known artists in his industry, which is constantly growing. So as an “OG” artist, I wanted to know more about what the Urban Desi genre lacks and what hopes he has for future artists in his industry. The biggest missing piece Amar sees currently is a lack of identity. In his own words he says,

“When you hear things like, “this is too English” or “people won’t understand this” it really gets you thinking what the genre actually is. Is it urban beats with only Desi lyrics? Is it English and a Desi language blended together? My definition would be music that elevates the quality of desi music. It’s hard to be considered Urban while having so many similar sounds, lyrics, and melodies from your counterparts.”

The calm before the storm #SoundCheck

That being said, the future holds so much for future artists and Amar really hopes they bring creativity above everything else. He wants them to be real and generate a factual fane base and following. His advice is to future artists is to try writing their own songs first and ask for help where they need it, instead of just trying to buy their way into the industry. He also says to spend money wisely on marketing, merchandising, building show quality instead of fake views, likes, and followers. He believes the future can bring changes to an industry that is very much in need of a makeover.

He also has a little more advice for aspiring artists, which I think is so needed, because too often South Asians are discouraged from pursuing a career in the arts. He wants budding artists to know to not be scared, reach out for the stars. Most importantly though, he said to build yourself mentally and to not lose sight of your goal if this is truly what you want. He made a great analogy in saying, “completing a song is the hardest part, but the best part is getting to release it” Meaning, many times it’s going to be so hard to want to keep going…but if you stick with it, anything is possible!

But what’s next? What new fire should we be expecting in the future? Well, Amar is going to be releasing a brand new album titled “Coast America” in the near feature, along with multiple music videos of some of his songs scheduled for release. But what really stood out to me was Amar’s idea to start introducing newer languages in his music, possibly by Amar himself or a feature artist.

I’ll leave you all with a fun fact. Amar Sandhu is actually one of the very first singers in the Punjabi music industry to be born in America, how cool right?! We’re sure that your grandkids will take IMMENSE pride in knowing that in the future.

Just a little live drop while taking a break from working on my album #CoastAmerica #Enjoy S/o @bawaatwal ?? ?? @iamse7enpm