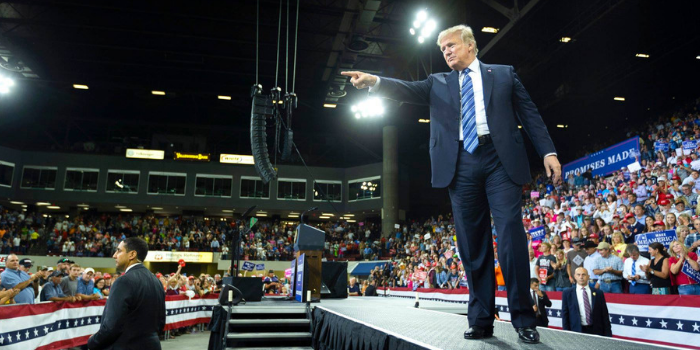 We tend to forget political turmoils after they have had their moment in the spotlight on social media. While social media can provide a platform where movements can catalyze, it is also a platform where movements and issues become sensationalized. We end up getting caught in the vicious cycle of retweeting rants, donations sites, and statistics until we no longer see them on our timelines.

This op-ed is not just a reaffirmation of Trump’s inadequacy for office, it is a confirmation. While the anonymous official praises numerous qualities and accomplishments within the administration, we should not ignore the prevailing fact that multiple senior officials find Trump’s erratic behavior as concerning for the fate of democracy.

The generic saying “actions speak louder than words” is fitting for the current evaluation of the Trump administration. In the past, we have seen the common rhetoric of the left focusing on the president’s actions rather than effective policies passed under the Trump Administration. However, this notion has now seemed to transcend political party beliefs.

“From the White House to executive branch departments and agencies, senior officials will privately admit their daily disbelief at the commander in chief’s comments and actions.” – Anonymous Senior Official, The New York Times

If anything, this should convey to liberals, conservatives and everyone in between, that there needs to be heightened awareness around the Trump Administration that lasts longer than a week on Twitter. Despite anyone’s political ideologies, there has to be a continuous circulation of the sentiments and concerns expressed in this op-ed. With the November midterm elections nearing closer, we must keep this administration and their statements accountable.