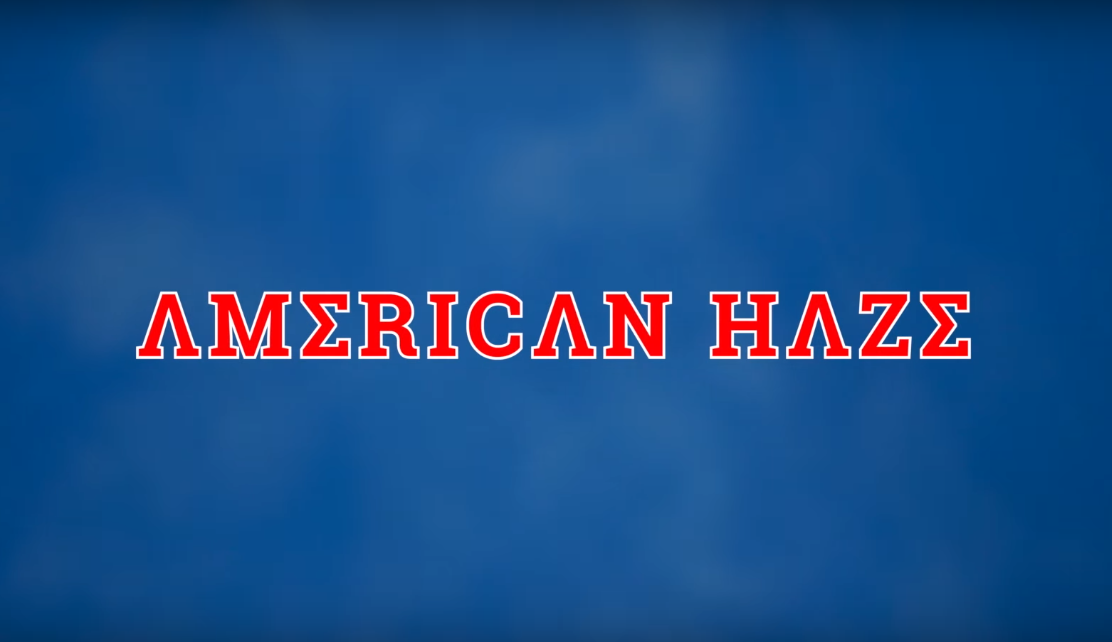 Emmy-nominated filmmaker, comedian and fellow brown girl Kiran Deol’s latest gift to the world is her short film “American Haze,” a personal account of her family’s migration from India via England to the United States, which touches upon a few major experiences and struggles that many immigrants become familiar with when they make the initial move to the U.S.

Deol has recently been sharing her film with audiences throughout the past month in collaboration with the #IAmAnImmigrant movement—a celebration of the contributions immigrants have made and are continuing to make in our country.

Featuring an insightful interview with her parents, Deol’s documentary is joyful and optimistic, yet sobering and deeply moving at the same time, tugging at one’s heartstrings when some of the realities, both pleasant and unpleasant, of what it means to be an immigrant are discussed.

Deol presents her family’s story in a clever, quintessential American way, likening the U.S. to a grand fraternity like those often found on college campuses across America. The naturalization process, acculturation and ultimate Americanization of immigrants is equated to the hazing experience undergone by those hopefuls who intend to become part of a fraternity.

As part of the “American Haze,” Deol shows how her family became part of the American community as citizens and outlines key steps that had to be taken to do so, similar to the mandatory tasks that usually have to be completed by prospective frat members during the hazing process before they are able to successfully join college fraternities.

Pledging comes in the form of committing to the process of gaining American citizenship which involves lots of paperwork, including first applying for visas in order to migrate over, then applying for a green card for permanent residency, and then finally the naturalization application—all of which collectively takes years to complete. To become a citizen and be able to call America home, particularly taking the oath during the long awaited naturalization ceremony, after years of hard work and sacrifice is especially meaningful for many immigrants including Deol and her family.

The path to becoming a citizen is not without its hardships—beyond the paperwork are the challenges of simply living in the U.S. and making it one’s home. And even after citizenship is acquired, sometimes the hazing continues.

In addition to all the glory and celebration that comes when immigrants finally are granted citizenship, there are the obstacles they face long after they become fully integrated members of American society. For brown immigrants like Deol’s parents, it meant dealing with the aftermath of 9/11, being treated differently because of how they look and having their loyalty to America questioned, an experience not uncommon for many South Asians. It’s an unfair part of the deal, but one that doesn’t stop Deol’s family from appreciating the freedoms and rights given to them in the U.S.

Adopting the customs and ways of life typically known in America is inevitable as immigrants adapt to survive and come to claim those customs, once foreign to them, as their own. For immigrants to share in what it means to be an American, to revel in the opportunities that wouldn’t have been afforded to them in their home country, or even to enjoy things that are as simple as burgers and beer with members of their community, is what makes up the fellowship of the American Fraternity.

In a short amount of time, Deol’s film manages to encompass the complex but worthwhile journey of being an immigrant. Her piece is not only relevant to our current political and social climate but is also universal especially to those for whom immigration hits close to home, whether it’s firsthand or having family and friends who share the immigrant experience.

Immigrant Heritage Month may have come and gone but it is still important to remember to keep the stories of immigrants alive every day because they are a vital part of the fabric of the United States as they continue to work hard to claim their space and make valuable contributions to society. In a time when harmful rhetoric against immigrants is being spread, it is imperative for us to remind ourselves that immigrants are a big part of what makes America great.