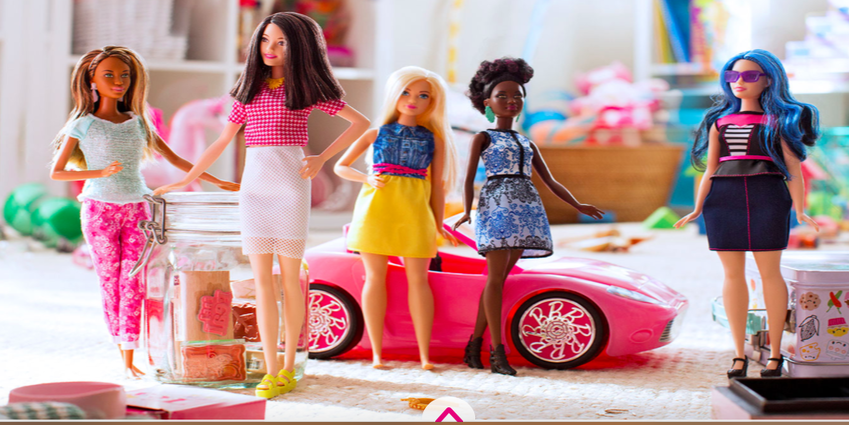 The following letter was written in response to toymaker Mattel’s new line of Barbie—which comes in four body types and seven skin tones—with 22 eye colors and 24 hairstyles. While the original Barbie is still on the shelf, the revamped 33 dolls will roll out in stages. According to CNN, spokeswoman Michelle Chidoni said, the latest changes “are by far the most dramatic we’ve ever made.”

You are all so beautiful and so lovely. You represent the most precious era of my life, a time when I was discovering myself and my femininity through the eyes of a child. I loved you so much that I didn’t realize how much you were hurting me. Like a lover who refuses to hear reason, I had never connected why I always felt a slight sense of incompletion, and how you contributed to that. I’d never realized why it takes girls who look like me so long to start loving themselves.

A #BTS look at what inspired us and the team that made it possible. https://t.co/JDeqzI59nX #TheDollEvolves #Barbiehttps://t.co/CmWHMcBOGf

For nearly a decade I combed your smooth blonde locks and rebuked my own frizzy, black hair. I dressed you in charming sundresses and adorned you with the same variety of high heels that, today, make me think of reasons to leave parties early when I wear them. It would be unfair to say that you never attempted variety. But, seriously, that Teresa doll was just the same old Barbie with a minimal island vacation tan—her eyes still light and her hair void of any indications of heritage. Even the “cultural” editions were nothing more than the same dolls with the same molds and bone structures, just in exotic clothing.

The problem is, you were more than beautiful. You were the standard. And while you were truly and surely beautiful in your own right, as a comparator, your beauty rendered so many girls ugly no matter how many times their parents told them they were queens. When I was six years old and my mom brought home my first doll with darker skin and coarser hair, I should have been delighted to finally have an image closer to mine added to my playtime. Instead, I scoffed and chucked it aside, willfully scorning my own image.

As a teenager, long after I’d placed you in dusty plastic containers under my bed, I still harbored your standard within me. I bought contact lenses to change the color of my eyes to something lighter and more desirable, something more like yours. I looked like an idiot that one time at Six Flags, a brown girl walking around with an umbrella to hide from complexion-threatening sunlight, her eyes squinting to barely reveal unnatural gray eyes with the “Freshlook” logo emblazoned under the pupils. At just fifteen, I lived from sample pair to sample pair, taking them out of my eyes before going back home from school. For how could I tell my parents that I hated the very eyes they had passed down to me? After my first kiss, I was devastated when he told me that he preferred girls with straight hair and button noses. For the next three years after that moment, I would apply heat to my hair every single day in pursuit of exorcising any memory of my curls and waves and frizz. When my mom wouldn’t give me money for a flat iron, I used the clothes iron instead. After all that work and all that damage to my tresses, I found out so many years later that people actually swoon at the sight of my unruly and voluminous waves; that my husband adores the unkempt frizz that he sees first thing every morning as he tries his best to awaken me from stubborn sleep; that, in the end, it wouldn’t matter anyway if no one liked the way my hair grew out of my head, as long as I did.

When I turned twenty and my mother’s hips began to emerge on my own frame, I panicked when I should have rejoiced. I should have welcomed my matriarchal hips like an old friend returned home. Hey, girl!! Welcome home!! I should have danced around my living room in a state of self-love like the curvy Mumtaz in the film “Humjoli,” for my initiation into a tribe of feminine sublimity had finally come.

But instead, I lamented over the sundresses that would never just fit right and the way anything I wore looked more provocative and unbecoming. Not like how they looked on you. It would still be another year or two before the Kardashians normalized these body types. In the meantime, I hid under long, unassuming sweaters.

And somehow I got over this playtime hangover in the way that all ex-lovers manage to do. I left you for myself, and it turns out that I’m much more fun to love. How freeing it is to no longer bear the burden of comparison! My femininity is no longer so fragile that it feels threatened by hair that doesn’t glisten like onyx satin or body frames that don’t match pop culture’s beauty icons. It took me twenty years to get over you and to find myself. Bit by bit, I found diverse role models and diverse sisterhood. Bit by bit, I stripped away the damage that I did not even know I was repairing.

With the arrival of the next generation of young girls and the next generation of playtime, I am overjoyed to learn of the diversity that will be added to the Barbie gang. A spectrum of skin tones and body types and hair textures. It means that my future daughter won’t be surrounded by a homogenous standard that will make her look at a doll that resembles her and say, “Ew, Mom. I don’t want this,” like I did so many years ago. And when her hips start to widen, I’ll wink at her playfully with my beautiful earthy brown eyes and she’ll blush because she’ll love the way her dresses now drape sexily over her body, albeit not the same way it did for the models in the catalog  from which she ordered it. I will raise her to believe she is as beautiful as any Barbie, as entitled as Ken. Thank you for supporting the next generation of Me.