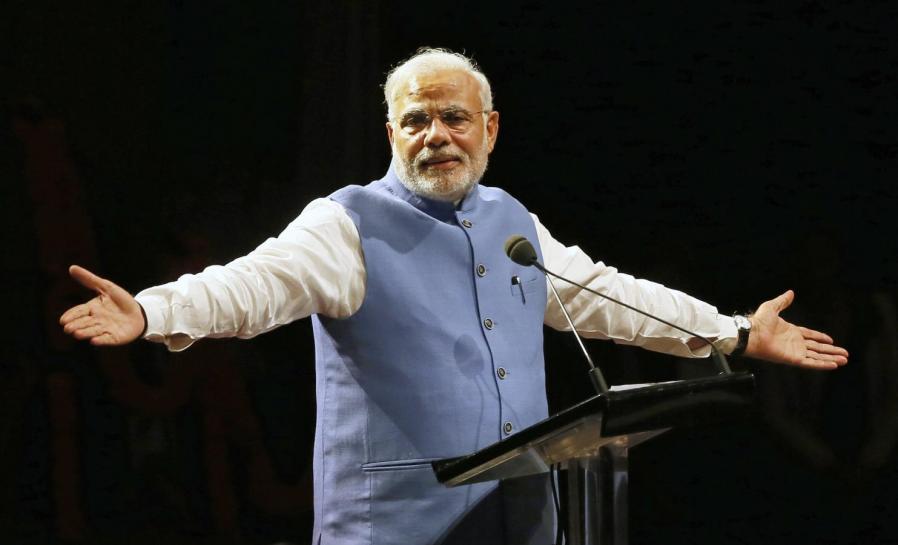 This open letter is written in response to Indian Prime Minister Narendra Modi’s recent remarks on the political upheaval in the United States, following President Donald J. Trump’s unexpected election and first week in office. This is an excerpt describing the prime minister’s comments from the Times of India.

Modi seemed at ease, pointing out that his election had also occasioned much comment on how an ‘outsider’ had won. ‘I had declared that I am not a Dilliwala,’ he said, adding that the turn of events in the U.S. had raised similar questions…Asked how his conversations with Trump were coming along, Modi said he was intrigued by the firestorm over the U.S. leader’s actions and comments. ‘It seems [Bill] Clinton made similar comments. Par pathhar in ke upar pad rahe hain (But the stones are being rained on Trump),’ the PM is understood to have remarked.

I am an Indo-Canadian woman born and raised in Canada. My parents were born in India as well as my grandparents and great-grandparents — all very patriotic. Despite having a Canadian passport, being Indian has always been a vital component of my identity. If you tore the “Indo” away from my Canadian, I wouldn’t be the woman that I am today.

I grew up learning about Canadian history at school and Indian history at home. Even when integral values were at stake, my dual nationality was never a problem because both my nations shared common principles. Canada is a multicultural nation that takes pride in its pluralism and embraces people of many religions and ethnicities. India is also a diverse nation — home to Hindus, Sikhs, and Muslims. Yes — Muslims. Nevertheless, today I am not so sure about the future of this India.

I know you must be aware that 14.2 percent of the nation is made up of Muslims — a small group but a large minority. More obviously, about half of India’s population is made up of women. But to hear that you glossed over and so easily sidelined the extremely pertinent and grave concerns of Americans is alarming. The current American president has invigorated many disconcerting notions and implemented some clearly discriminatory and xenophobic policies regarding Muslim immigration.

You have also compared yourself, actually likened yourself to a president that less than half Americans support. A president who has faced several cases of sexual assault, openly mocked a disabled person, expressed racist attitudes, and who was caught on tape bragging about being able to do anything to a woman because he’s a celebrity like “grab ’em by the pussy.” As the prime minister of a nation with alarming rates of rape, sexual assault, and the physical abuse of women, I am sure you were unaware of this past. I am sure you didn’t know why thousands of women were on the streets in a global protest. Don’t worry, these things happen. But I hope you understand that this is the man you are comparing yourself to and this is the man you are praising. The world is watching.

The problem was not only your comments that blamed the American population’s current anger toward Donald Trump to Bill Clinton, some 16 years or so later (oh, whose wife was actually running for office against Trump with a very different platform — but never mind that). The issue is the clear “misconception” about the reason behind the shock. People are not merely protesting because Trump succeeded; they are protesting to ensure that their voices are heard and the new administration will take their concerns into consideration from women’s rights, LGBTQ rights, fears about rising Islamophobia, rights of the differently abled population, environmental issues, and equal treatment of racialized groups from the Black Lives Matter movement to the treaty rights of indigenous groups. You also mistakenly compared yourself being an outsider in Delhi and rising through the ranks to PM as Donald Trump being an outsider. I think you are also unaware that Trump is a billionaire celebrity! In fact, he has several hotel chains in our great nation of India; he is not someone who built himself up with hard work from chaiwala to national leader like yourself. He built his life up from more than a million dollar loan as the son of one of America’s richest men at one point.

I can understand that as the Prime Minister of India you have to maintain diplomatic relations with the United States. I know that the United States is a very important ally. I get that Trump did not ban the migration of Muslims from India so you don’t feel the immediate urgency to speak out. But who do you think is next? If you don’t think that this alt-right movement (which most are labeling a white supremacist movement) will be coming after your favorite investors and remittance senders, the non-resident Indians, you may be very wrong, especially if history is any indication. But who knows? Maybe they’ll be fine. Nevermind the occurrence of so many past incidents in which Indian Muslims and Sikhs have faced considerable scrutiny at American airports, including detainment.

Of course, your diplomatic relations are integral, so despite my conscience telling me to have a long discussion about human rights and discrimination, I know that no one in your position would have said anything negative about Trump. I give you the benefit of the doubt. However, I am unable to comprehend why you found it necessary to defend him and hide his flaws.

I learned in kindergarten that if you have nothing nice to say, you should keep it to yourself. I expected the same from you as our Canadian Prime Minister Justin Trudeau did until the ban on Muslim immigration was declared. Prime Minister Trudeau eventually broke his silence on this issue by stating that we would take in more refugees to counter the impact of the American ban. Now, I have my issues with our prime minister; no one is perfect, but after this declaration, I wanted to give him a giant hug. I would understand if you stayed silent because you feared the loss of your political ties. I would understand if you gave a diplomatic response regarding the protests. What I am finding painstakingly difficult to comprehend is your defense and comparison to Trump like he is some sort of exemplary individual. I apologize for my insolence, but this comparison could be a mark of embarrassment. Please take care in the future that you have time to brief so that you do not accidentally liken yourself to someone who is obtaining a rather troublesome reputation from Canada, Britain, and the continents of Africa to Antarctica.

I hope you remember that you are representing all of India as well as the foreign resident and foreign-born Indians who continue to look towards your country as their nation — those Indians who become disheartened and concerned when they hear that India may itself be on the road to becoming an authoritarian conservative Hindu state.

We disagree, we defend our nation, and we argue against people who encourage these types of thoughts. Please do not prove us wrong. My India is a nation where a Christian woman who was married into a Hindu family, once stepped aside after being elected to allow a Sikh man to become Prime Minister who then took the oath from a Muslim President. My India is a land of multivocality. The India that you represent today was freed and built by the efforts of Muslims, Hindus, Sikhs, Christians, Buddhists, Parsis and people of all faiths or no faith who laid their lives on the line. More importantly, it was equally built by women. Tomorrow, you could be facing a very serious decision based on your relationship with President Trump, so I write this letter with the prayer that you will always err on the side of humanity, rather than the side of convenience or economics.